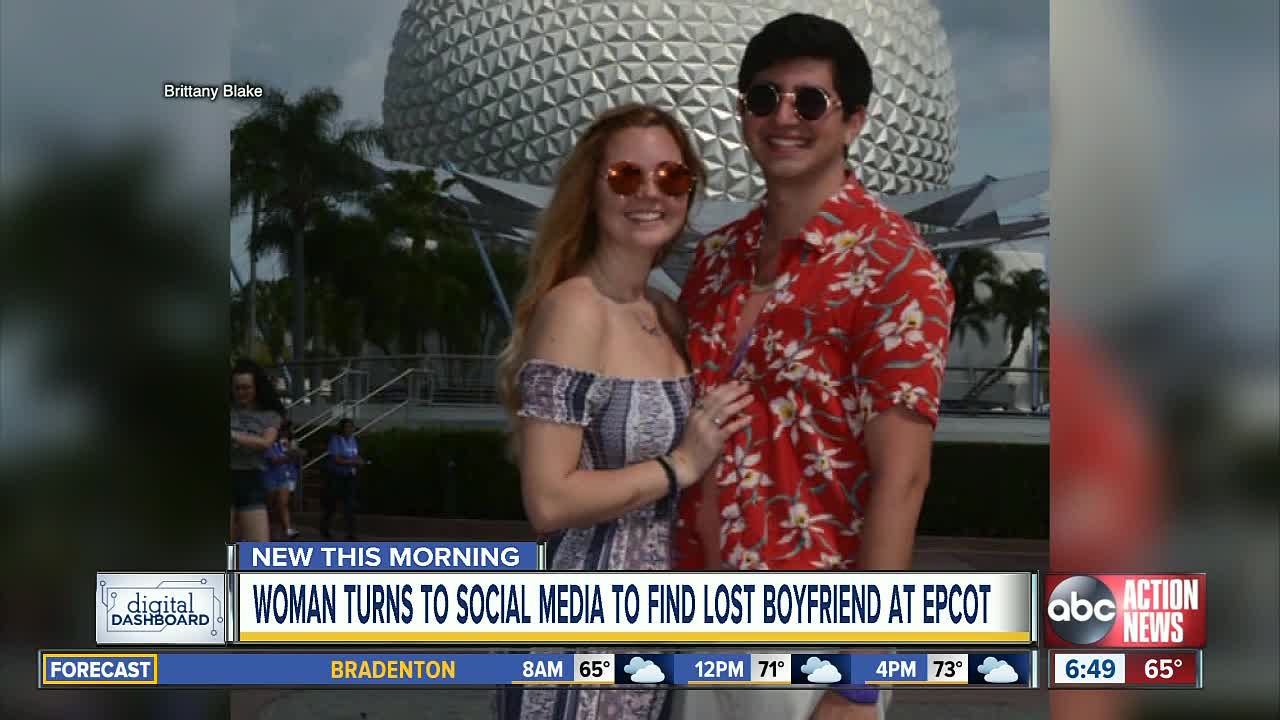 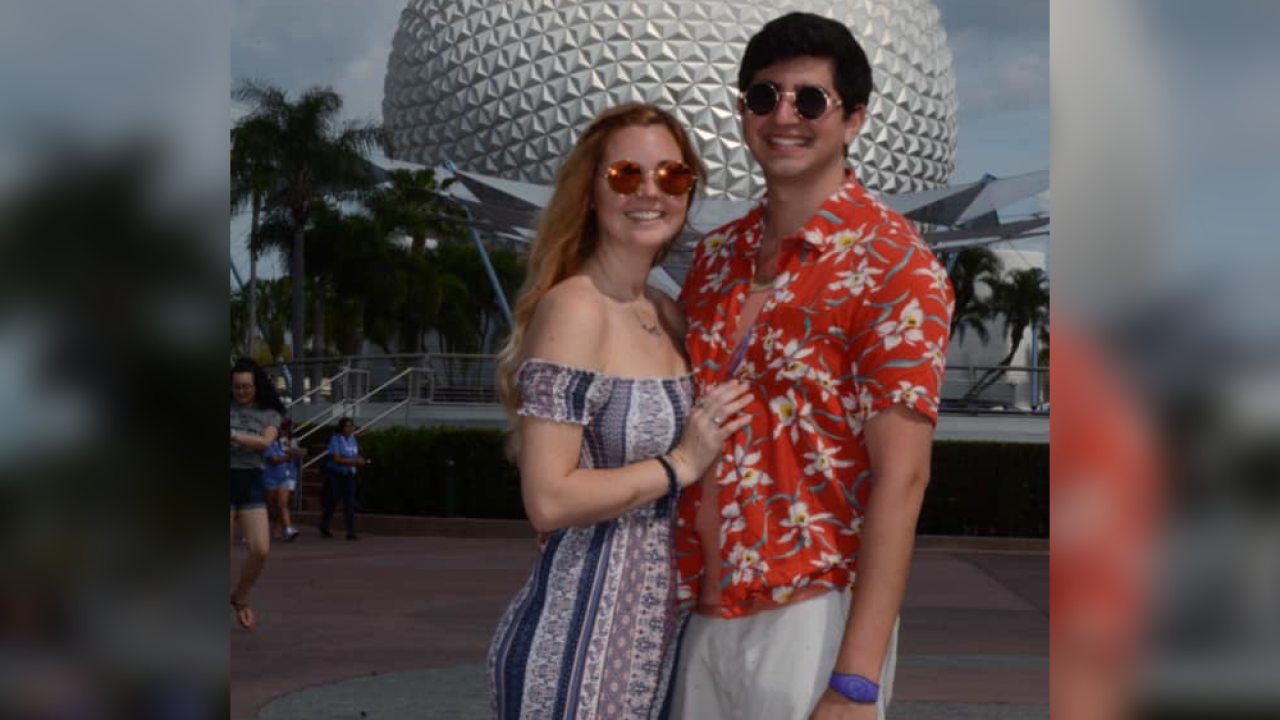 ORLANDO, Fla. — It was a real-life ‘Where's Waldo?’ situation.

Except, instead of Waldo, it was Regory Turco and instead of a kid’s magazine, Turco’s girlfriend was searching for him in one of the nation’s largest tourist destinations.

Brittany Blake and her boyfriend spent Friday at Epcot, just not together.

Surrounded by thousands of other Spring Breakers, families and Disney fans, it’s an easy place to lose yourself.

In this case, Brittany was the one to lose her boyfriend.

She turned to Facebook’s group for Annual Passholders and made this plea:

“Weird post but lost my boyfriend in Epcot today and haven’t been able to find him for hours because his phone is dead. If anyone sees him can they tell him to meet us at the Mexican pavillion?”

She then posted a photo of the two in front of Spaceship Earth, Turco wearing a very noticeable Hawaiian button down T-shirt.

The internet sleuths got to work.

“That shirt is very distinctive. Someone should be able to spot him.” Nikki Goodfellow posted with laughing faces following her comment.

The search turned into an event, a hashtag was even created for the Epcot investigators.

“This is my favorite post ever in AP! #FINDREGORY #FINDBRITTANYBF,” Tison Singleton said.

Most of those commenting were making fun of Brittany losing her adult boyfriend at the World Showcase, but others truly wanted to help track Turco down.

Those who were concerned offered up ideas of where the lost boyfriend might be.

Napping on spaceship earth?
Lost in Nemo?
Drunk in Mexico?
With another woman?
With another man?
Counting pastries at Joeffrey’s?
Collecting magnets in the parking lot?
Stuck inside the globe on the lagoon?
On the monorail to MK?
In line for Frozen?
Leading a group of international tourists with a tall flag?
Planning a surprise proposal in mouse gear?”

The guesses went on and on, with many pass holders inside the park looking for Turco. But, time kept ticking and there was still no Turco.

Other guesses were not so helpful, but definitely full of Disney humor.

However, what was spotted was the shirt Turco was wearing — and it happened more than once.

Like Stitch, from Disney’s ‘Lilo and Stitch’ who was wearing a shirt awfully familiar.

“I did not see him but stitch has a similar shirt on,” commented Jefferey Gitkos

At least no one will forget that shirt.

Yet, with 15 minutes until park close, Brittany’s lost boyfriend was still missing. Not only was Brittany getting worried, but group members were wanting answers!

“Following - need to know how it ends! Where does she fin him? Does someone else find him first? Tune in for the case of “The Lost Boyfriend, Epcot Edition,” Barbara Rush

Of course, there was the practical Disney go-ers too who said they always have a plan just in case this same situation happens to them.

“This is why we always have a designated meeting place if we get split up and can’t reach each other,” Michelle Biondolillo said.

But, they have good points.

“Head to customer service/to the front of the park. I’m certain he’s there trying to find you as well LOL” Jennifer Cardona said, adding, “ We have a home base we go to if we manage to get separated or phones are dead or other variables.”

Before Epcot closed for the night at 9 p.m. Facebook users wanted to make sure Brittany took advantage of her free time.

“At some point you need to give up and take the gift that’s in front of you. You’re now a single rider and that’s almost like having a fast pass. His loss,” John Edwards wrote.

With just minutes to spare, Turco was spotted. Nearly three hours after Brittany’s boyfriend went MIA in a sea of Spring Breakers — where was he?

Where any 20-something-man would be of course; the Frozen line!

Relieved, Brittany posted an update for her 1,300+ concerned followers,

“Update on my boyfriend: Found on the frozen ride. He was drinking all day while looking for me. BTW: thanks for everyone’s nice comments!!” Brittany Blake wrote.

Another happy ending, after all it is the happiest place on Earth, right?

Walt Disney World does have a recommendation for lost kids on its website saying a child that becomes separated from his or her parents while in the park will be escorted to the Baby Care Center where they will be looked after.

It did not have a recommendation for lost boyfriends.