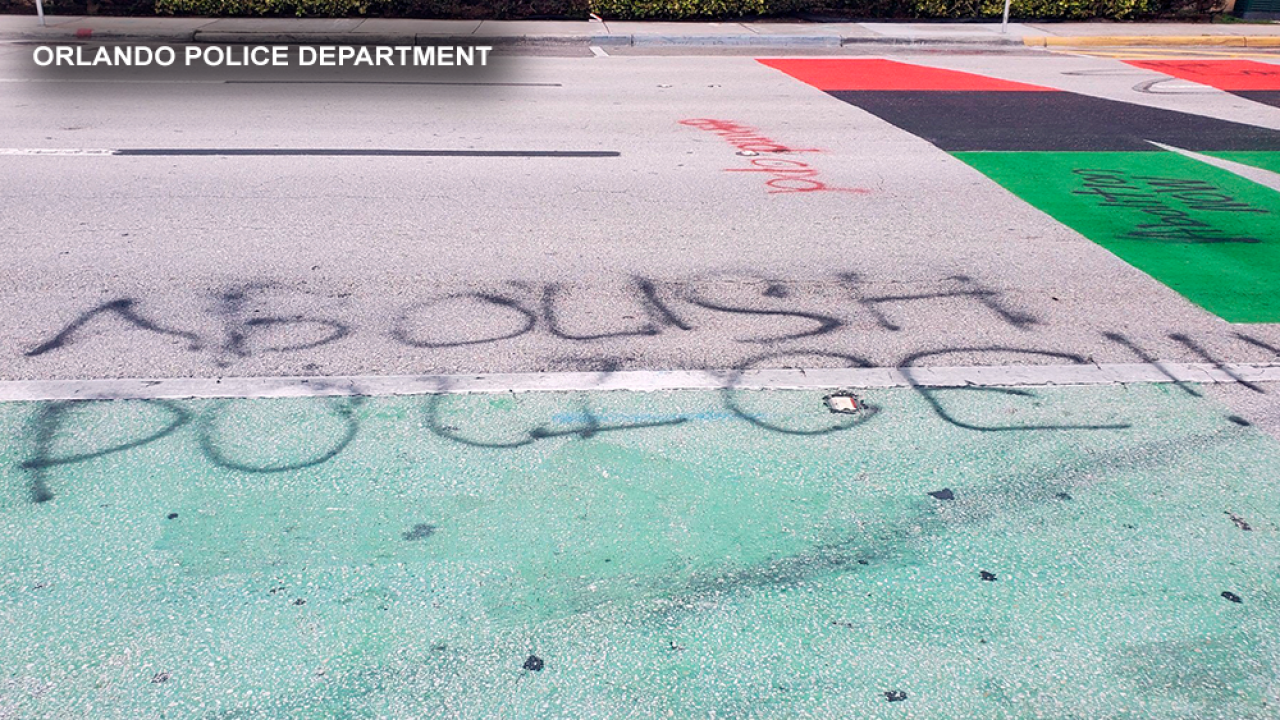 ORLANDO, Fla. (AP) — Police in Florida say that a new mural with the giant slogan for Black Lives Matter was vandalized hours after being painted on a street in downtown Orlando.

Orlando Police Chief Orlando Rolon posted Saturday on Twitter that his department was investigating the incident and shared images with graffiti written on top of the mural that said “not enough”and “abolish police.”

The slogan was painted Friday with the red, black and green of the Pan-African flag, a symbol of Black pride. The mural stretches 400 feet in length and 30 feet in width.