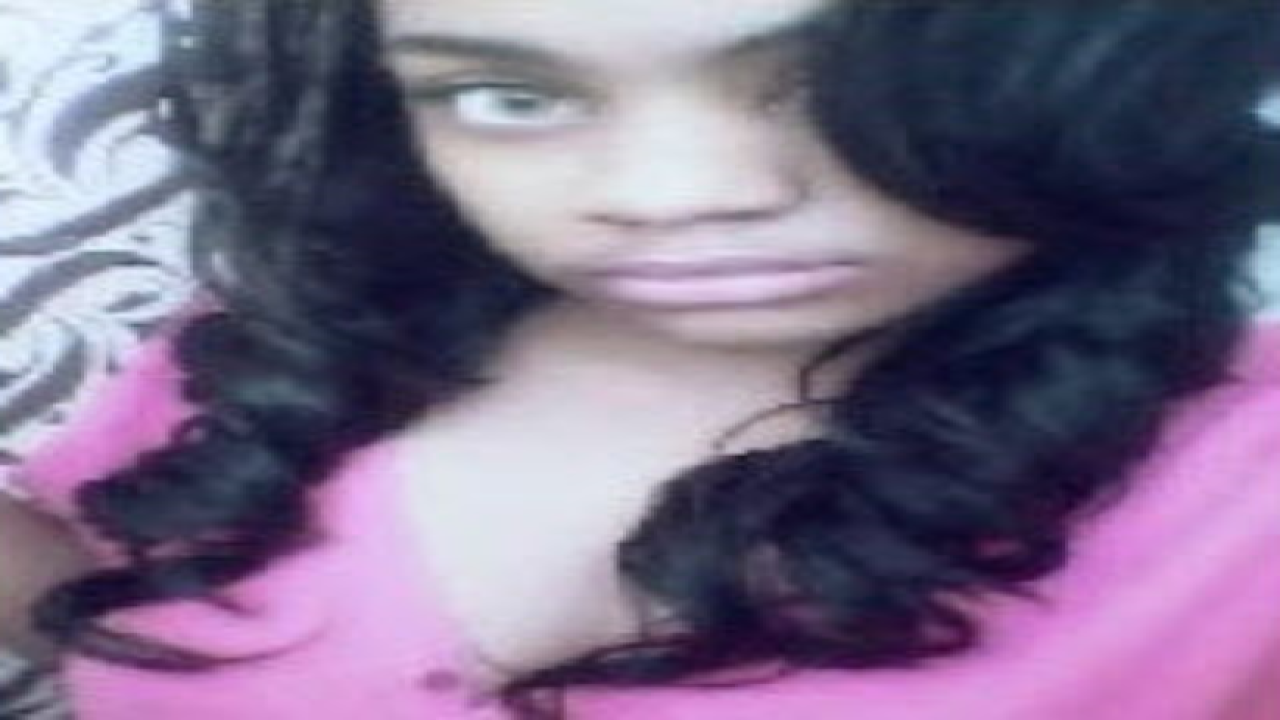 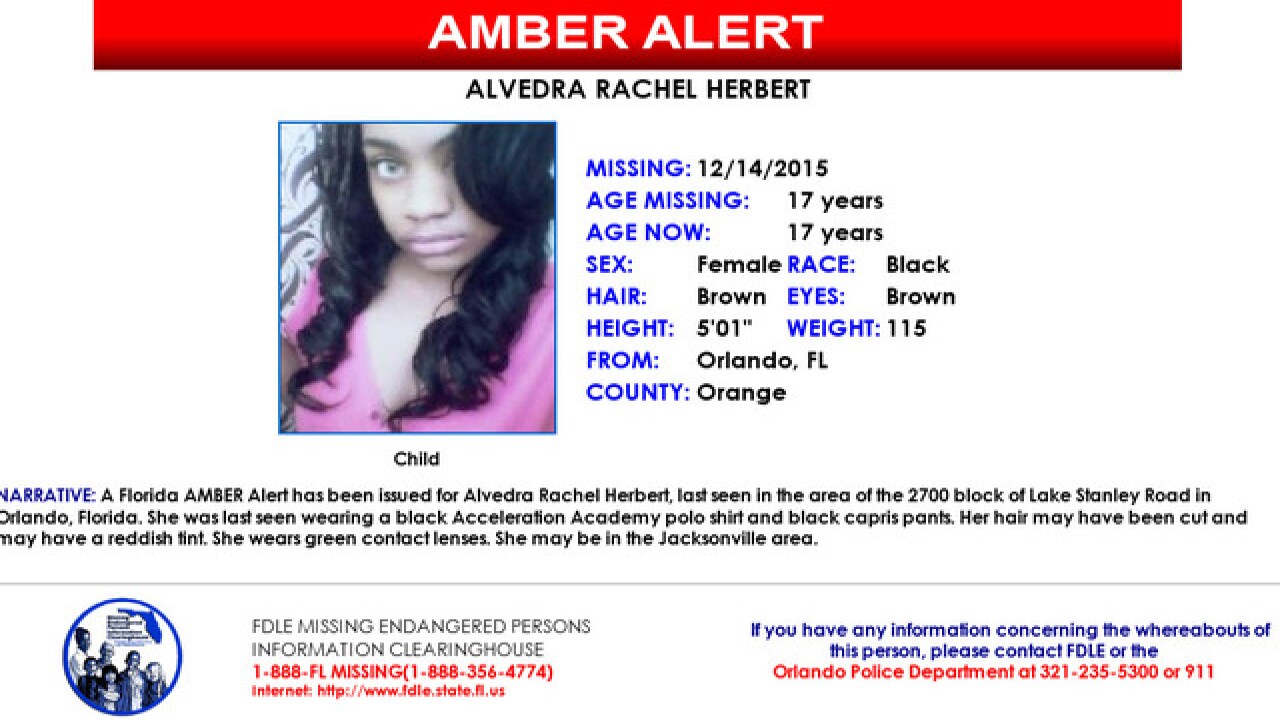 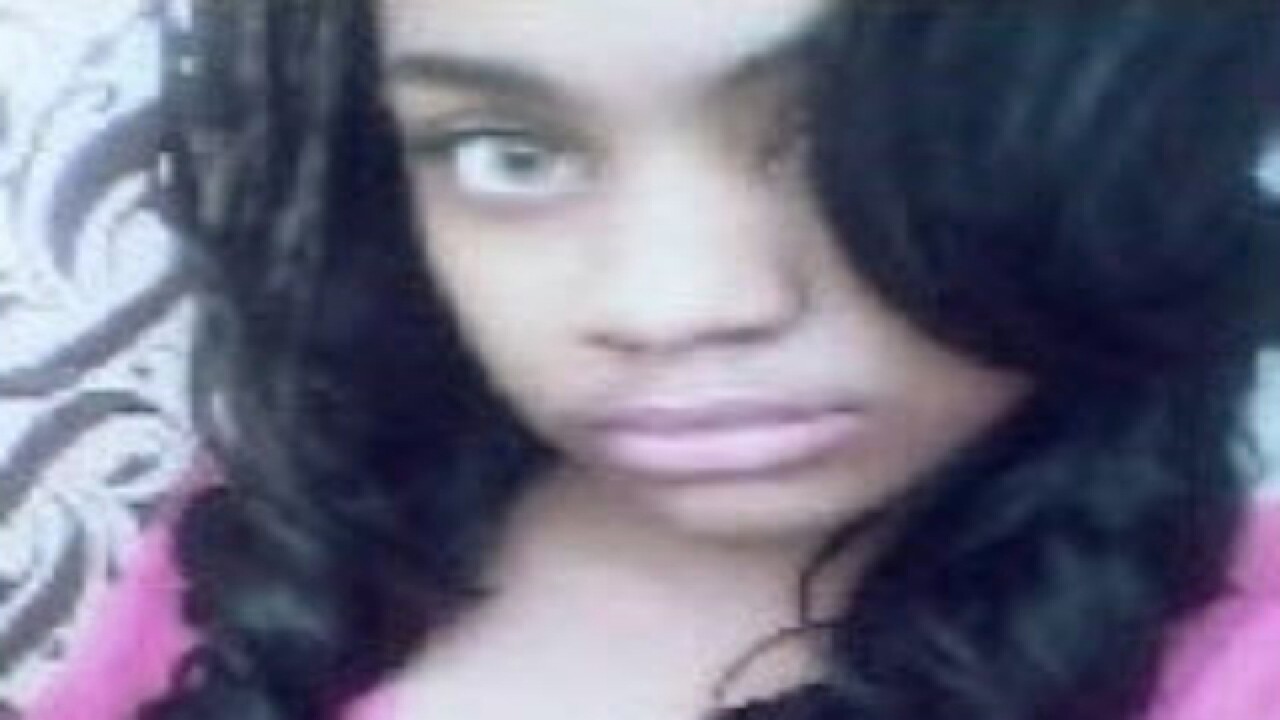 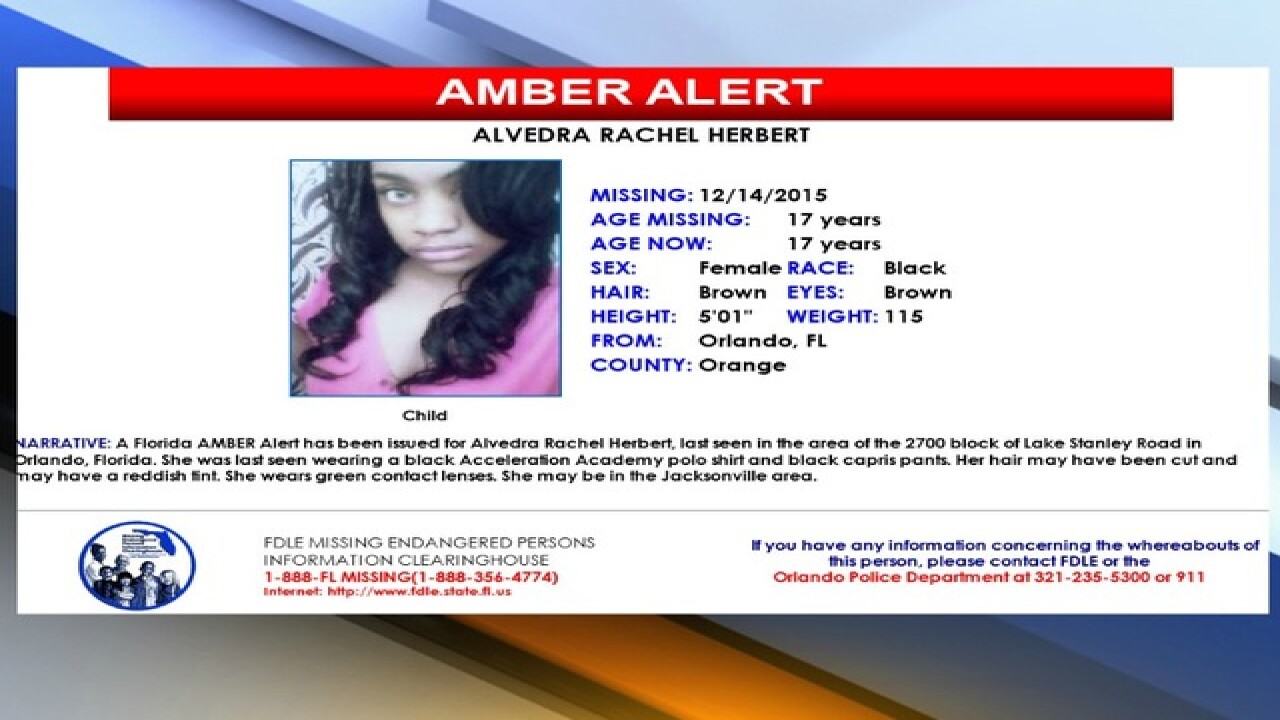 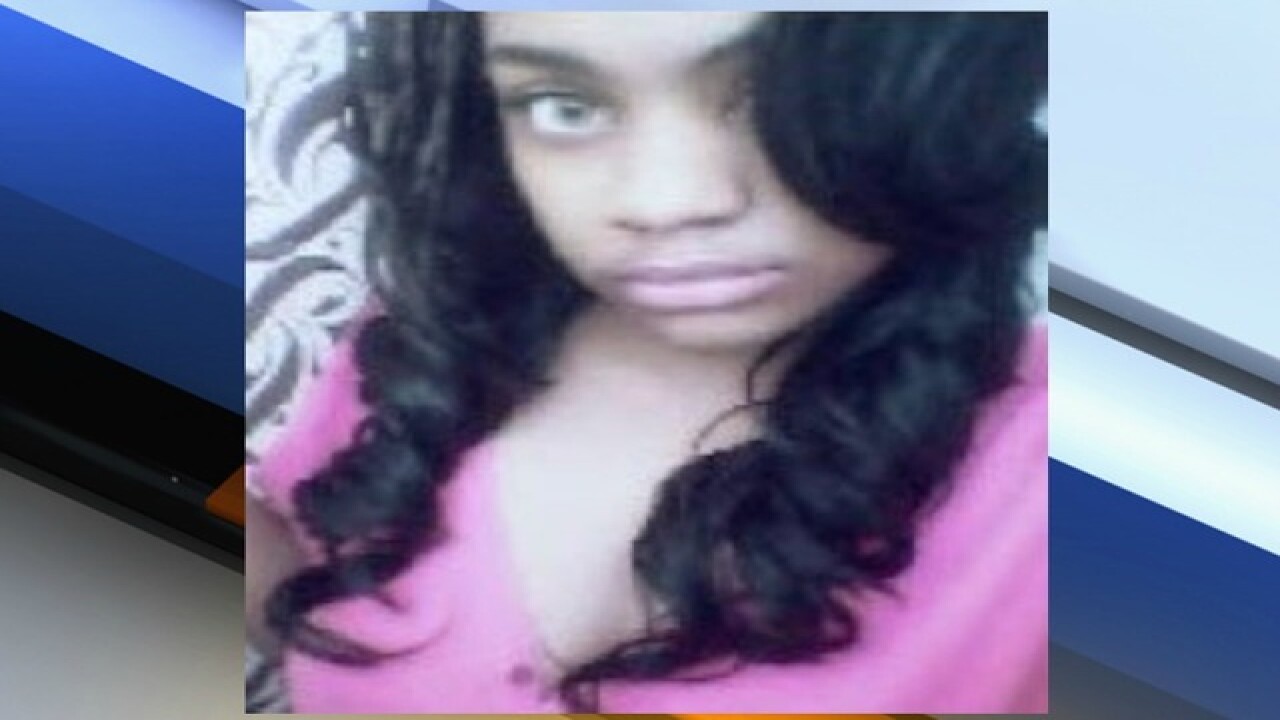 UPDATE: An Orlando girl was found safe, hours after Florida authorities issued an AMBER Alert for the teen who had not been seen for two days.

Florida authorities issued an AMBER Alert for an Orlando girl who has not been seen in two days.

Alvedra Rachel Herbert was last seen in the 2700 block of of Lake Stanley Road in Orlando. She may be in the Jacksonville area.

The Florida Department of Law Enforcement says she is a 17-year-old African-American girl whot is 5 feet 1 inches tall and weighs 115 pounds. She has brown hair and brown eyes.

Herbert was last seen wearing a black Acceleration Academy polo shirt and black capri pants. Her hair may have been cut and may have a reddish tint. She wears green contact lenses.

Authorities have leads that indicate Herbert may be in the Jacksonville area. However, she could be anywhere in the state.

If you have any information about where Alvedra Herbert could be found, you are asked to contact the Orlando Police Department at (321) 235-5300 or call 911.