A sailor from St. Petersburg identified as one of the victims of shooting at Navy base in Pensacola 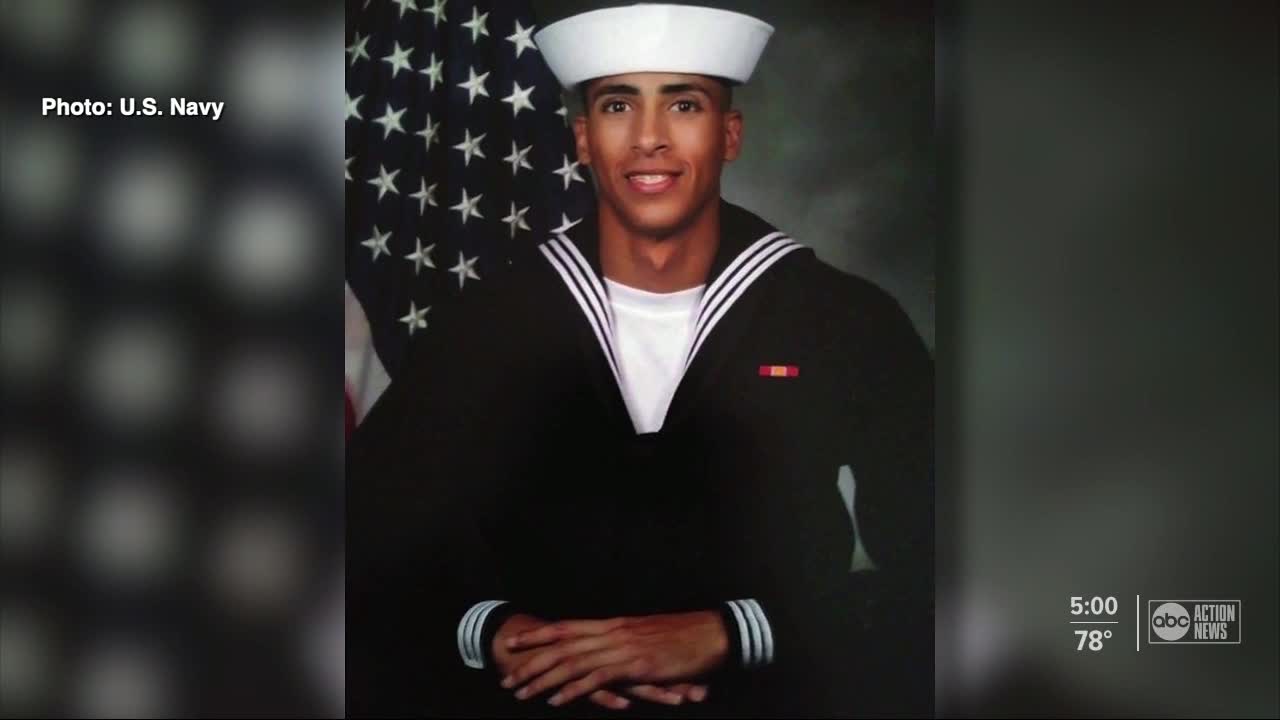 Mohammed Sameh Haitham, 19, was a graduate of Lakewood High School in St. Petersburg. 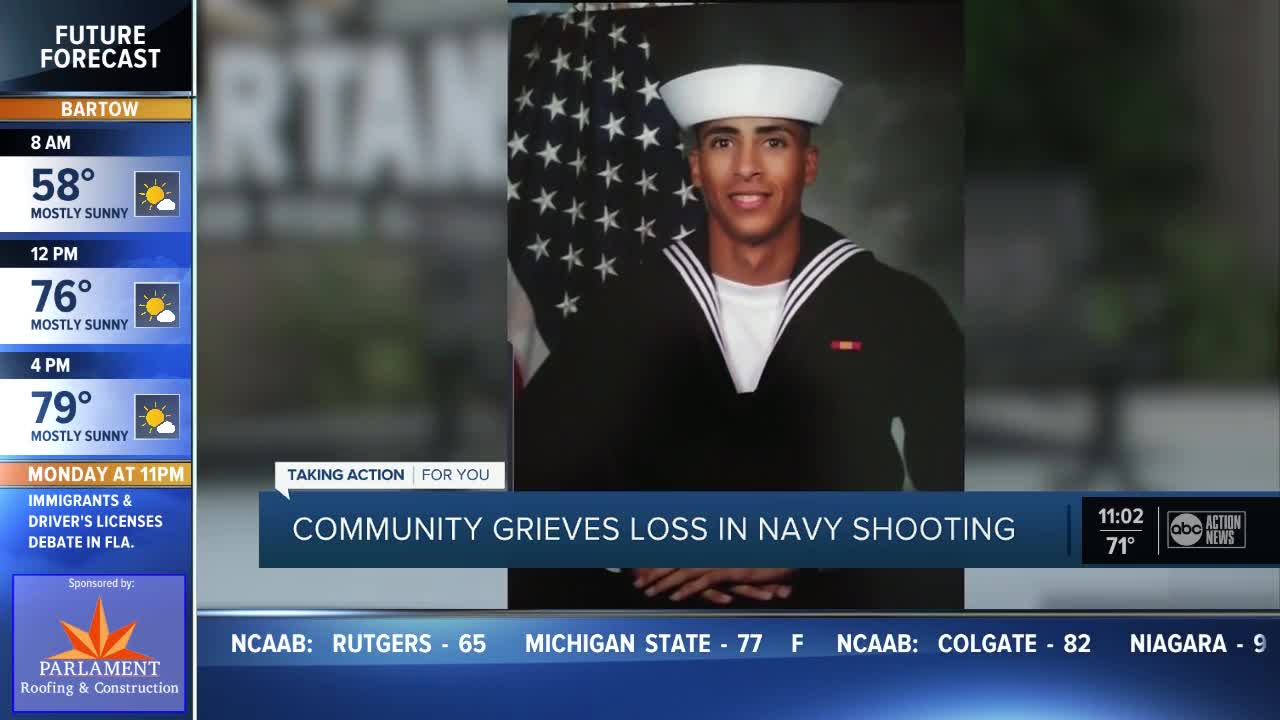 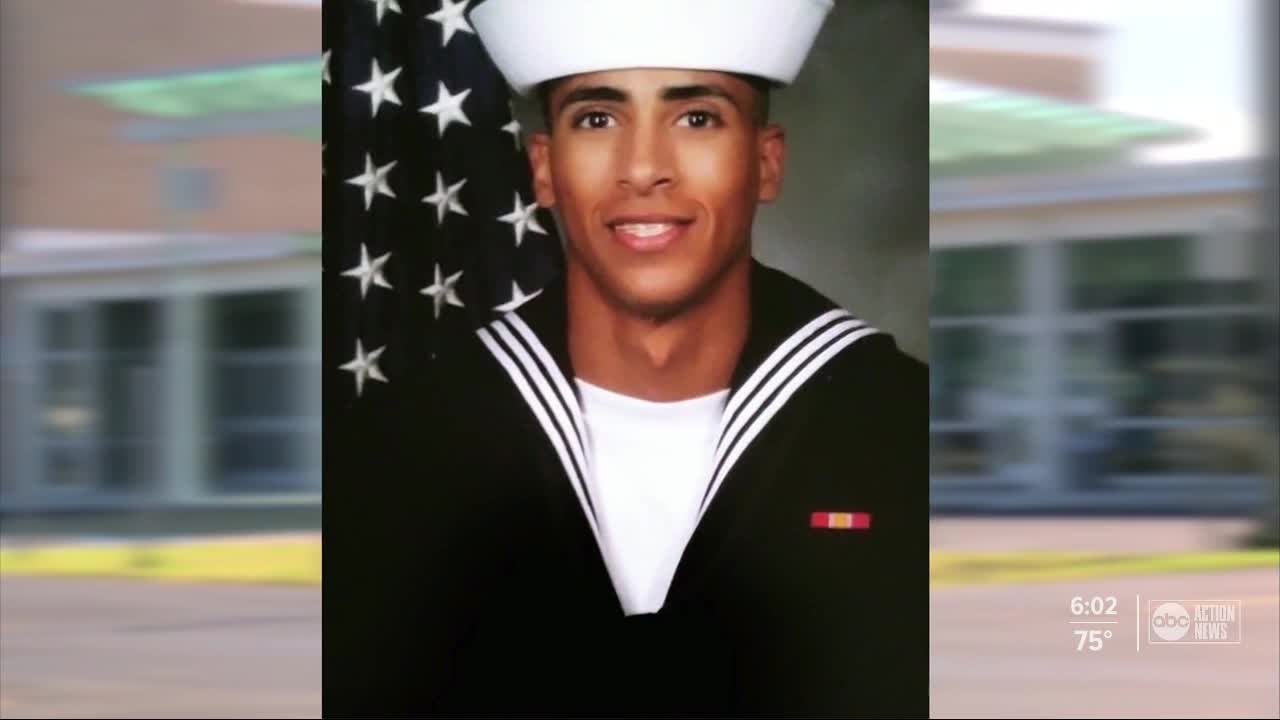 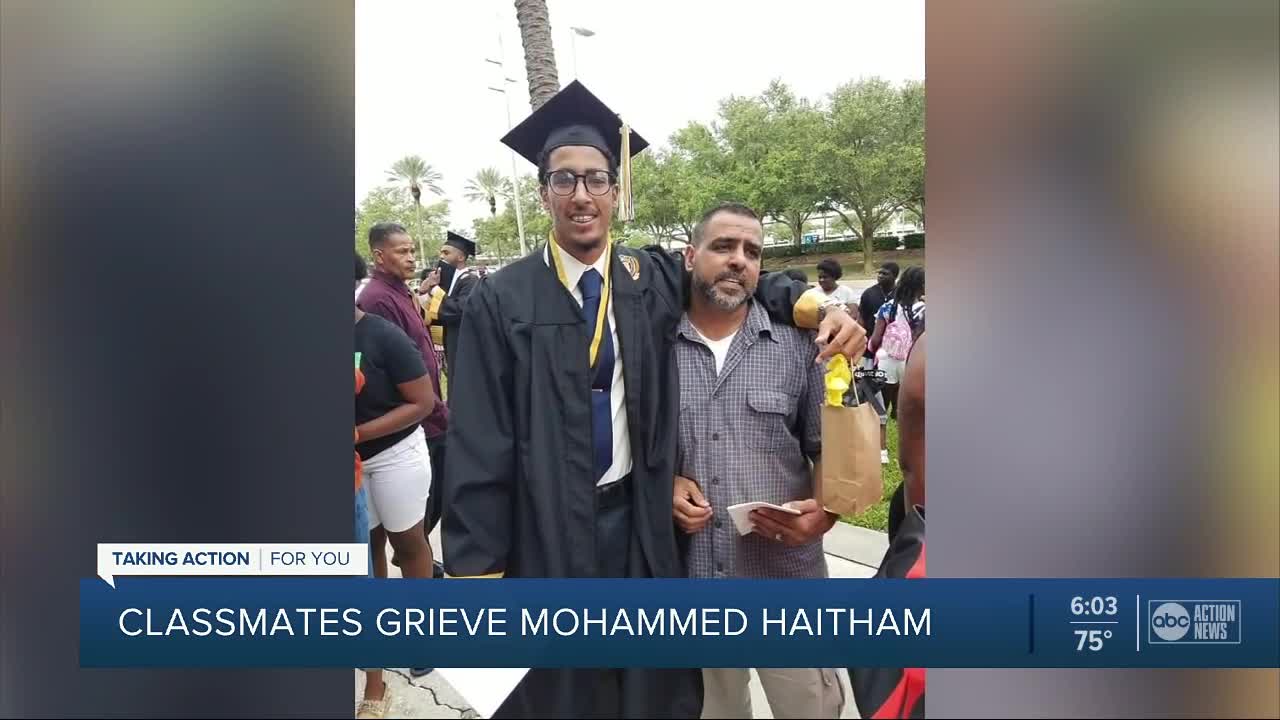 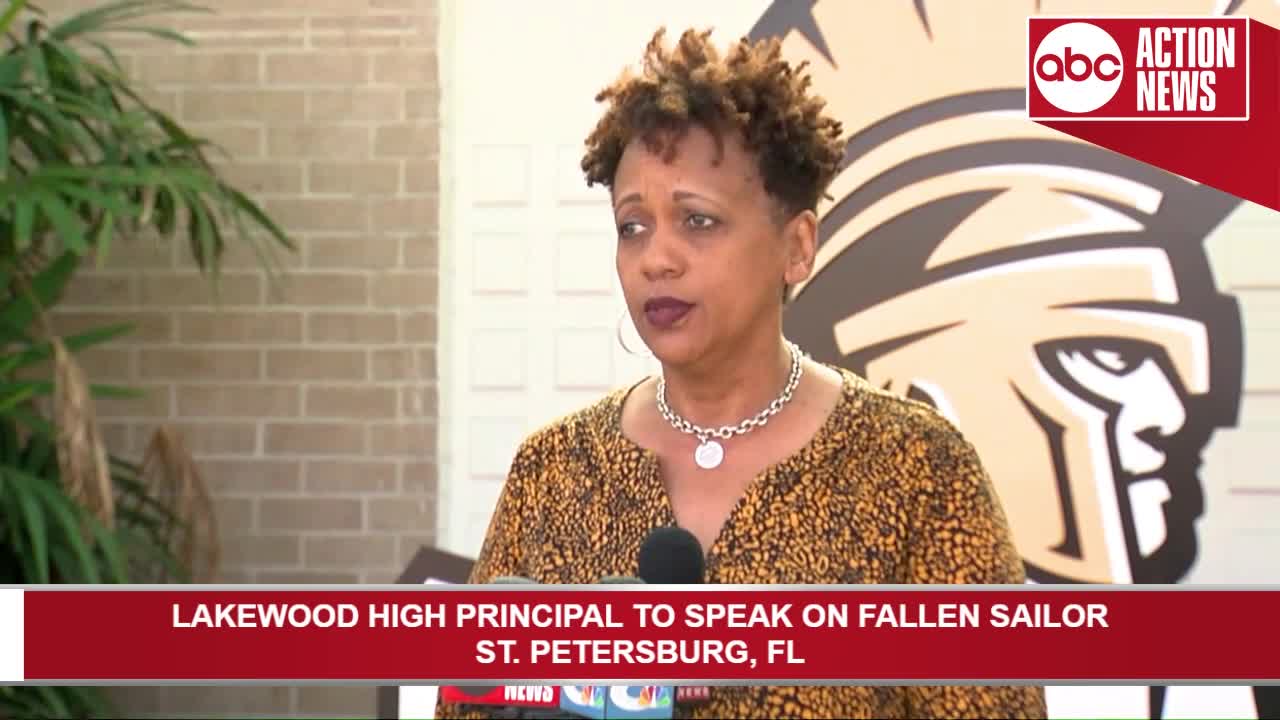 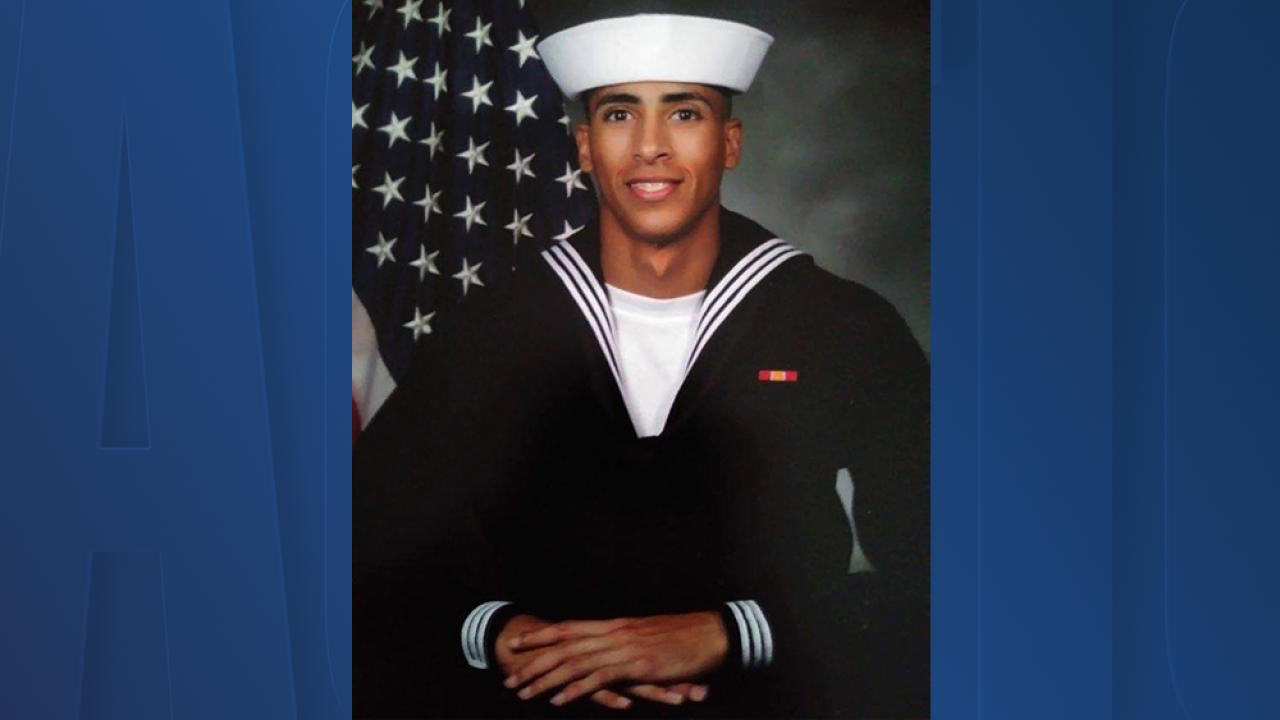 WASHINGTON -- The victims of the NAS Pensacola shooting have been identified, and one is from the Tampa Bay area.

Haitham was a graduate of Lakewood High School in St. Petersburg.

"Mohammed was an exceptional kid. Ever since he was small, he was very kind and fun to be around. Growing up, he was very liked amongst his friends, and he’d tell me how much his friends liked him. He was an all-star athlete. From running, to playing basketball. I thought he’d attend college and play professionally, until he told us that he wanted to join the Navy. After he graduated, looking at his pics, he no longer was a kid. He was a mature man with set goals. This is so heartbreaking, and hard to cope with. But he will truly be missed by many," Sameh Haitham, the father of Mohammed said in a statement to ABC Action News.

"We feel the loss profoundly and grieve with the family and friends of the deceased. The Sailors that lost their lives in the line of duty and showed exceptional heroism and bravery in the face of evil. When confronted, they didn't run from danger; they ran towards it and saved lives. If not for their actions, and the actions of the Naval Security Force that were the first responders on the scene, this incident could have been far worse," Capt. Tim Kinsella, commanding officer, NAS Pensacola said.

The community has spent the days since remembering Haitham as a hero and for the legacy he's left behind.

"Just always there for anybody else anybody who needed him," said Erin Savage, the principal at Lakewood High School.

Savage said Haitham ran track, played basketball, managed the girl's basketball team, always helped other students and stopped by the office even after graduating in 2018 to see how everyone was.

"He was just that kid whenever there was an opportunity to positively influence others he was going to. He never had a bad moment. So maybe that was God’s gift to us just this treasure amongst us that was an every day hero not a one moment hero but every day he lived he was a hero," said the school's assistant principal, Susan Alvaro.

She nicknamed him 'the perfect one' because she said he epitomized what you would think of a perfect student. She said he worked hard, reached out to every student and encouraged others.

"You can’t think of him without thinking of his mega watt smile. Tall, thin, but that smile could go for miles and it never stopped," she said.

She recalled one of her favorite memories of Haitham. He and his basketball teammates decided to race a mile. While others took off out the gate, Haitham stayed steady and focused until others started tiring.

"Here goes Mo and he just kicks in and you’re like where did this come from so we were all just impressed with his just his passion for running," Alvaro said.

His track coach, Anthony Snead, said Haitham was in a sense like a son to him.

"Mohammed was a sincerely kind soul that cared about everybody’s well being someone who tried to make everyone laugh enjoy the moment but at the same time he was pretty sincere about trying to be successful he worked pretty hard," Snead said.

He recalled memories of Haitham winning, said he was afraid of bugs, had a joyful spirit and wanted to succeed.

"Mohammed would always talk to me about how he was proud that he was rekindling his relationship with the Lord. I think he’d want me to highlight that," Snead said.

Snead said Haitham came back to visit, work out with the athletes and volunteer. After bootcamp, he said he saw a matureness in Haitham. He said Haitham was excited to be training to work with airplanes and told him he loved the Navy.

"If there’s anybody that was going to represent this country well Mohammed Haitham, I’d elect him every time," said Snead.

"It was just something in my heart that was I guess placed just telling him I was proud of him not knowing that this was going to happen. But I was sincerely proud of this young man who was continuing to stay on the path to success. I think he’s going to be missed dearly," said Snead.

Friends recalled his positivity, kindness and ability to lift up others

"He’s just one of those people he’s never negative always a positive person," said Erik Hill, a teammate of his on the high school's track team.

Hill recalled one of his favorite moments with Haitham, when he said Haitham pulled a hamstring during a crucial relay at Regionals but kept on running the race.

"He knew he wasn’t going to be able to run but he still risked his own injury for me and the other people to be able to go to state," Hill said.

"He was such a nice person seriously I don’t think people understand when they speak about him and they speak so highly of them it’s not exaggerated at all anybody who knew Mohammad knew he was such a good person if you knew him you loved him," said Jazmine Hannan, a former classmate from Lakewood High School.

The stories of putting others first were common memories among his loved ones.

"Mo he reached out he wanted to see us so he made it happen and that’s the way he was. That’s how I knew he was even gone because he didn’t reply to my text and he always replied to my texts he wouldn’t want me to worry. He wouldn’t want his mother to worry," she said.

Family friend Kimberly Walker said she also last saw him Thanksgiving weekend, but had a gut feeling something was wrong when he didn't reply to her text, "Just saw the news. Please tell me you're okay. We love you!"

"He epitomized goodness. I honestly cannot remember one single time he ever spoke poorly about somebody. And his love for his family and anybody he considered family was unmatched. I’m sure that’s why he did what he did and I hope we can all rise to that level of loyalty," Walker said.