3 men doing photoshoot on boat fall off, leaving it unmanned and out of control, sheriff's office says 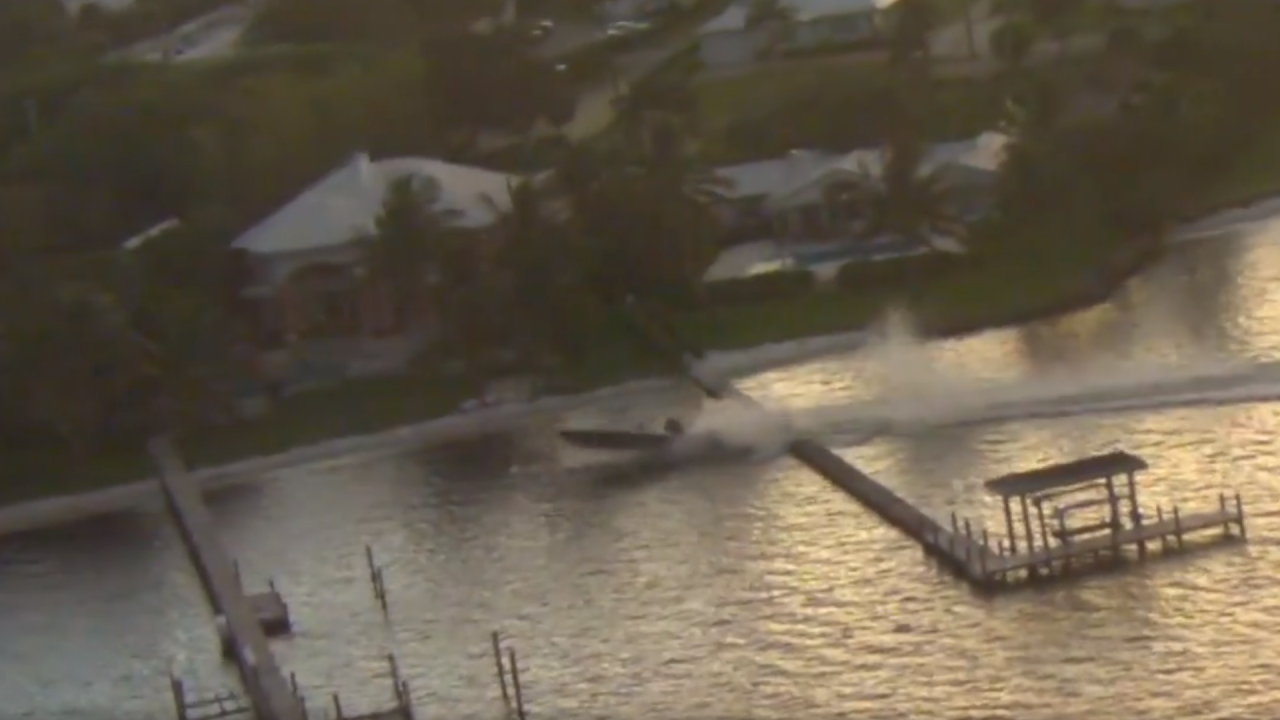 MARTIN COUNTY, Fla. — Wild video from the Martin County Sheriff's Office shows an out of control boat crash into two docks and go airborne in Stuart over the weekend.

According to the sheriff's office, three men reportedly doing a photoshoot on the boat fell off and left it unmanned. It happened in the St. Lucie River, just south of the Stuart Causway.

The boat circled out of control before it straightened out, hit a concrete dock, went airborne and hit another dock. Authorities say it then came to a stop.

The men told deputies they had to dive under the water numerous times because the boat nearly ran them over as it circled. The men were able to swim to a nearby sailboat and authorities say only one of the men had minor injuries.

FWC is now investigating the incident.