261 bottlenose dolphins have washed dead up along the Gulf Coast since February, NOAA announces 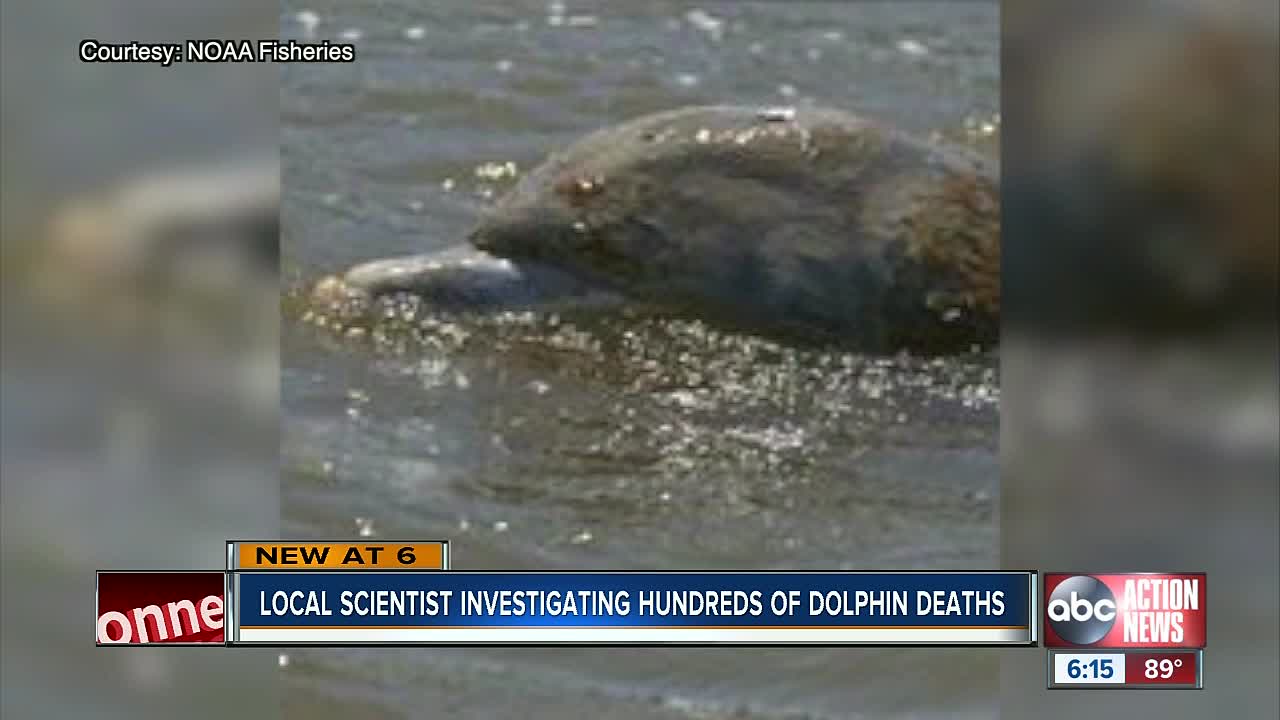 More than 200 bottlenose dolphins have become stranded on beaches along the Gulf of Mexico from Louisiana to Florida since Feb. 1, according to the National Oceanic and Atmospheric Administration. 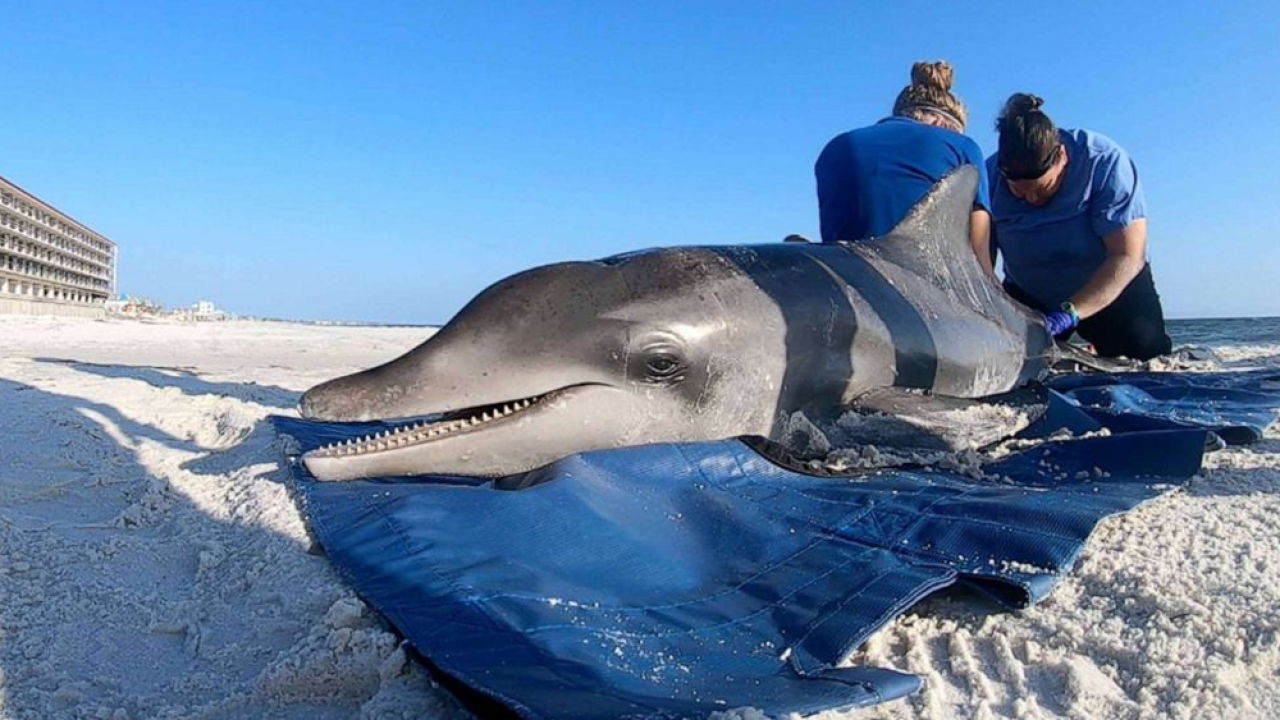 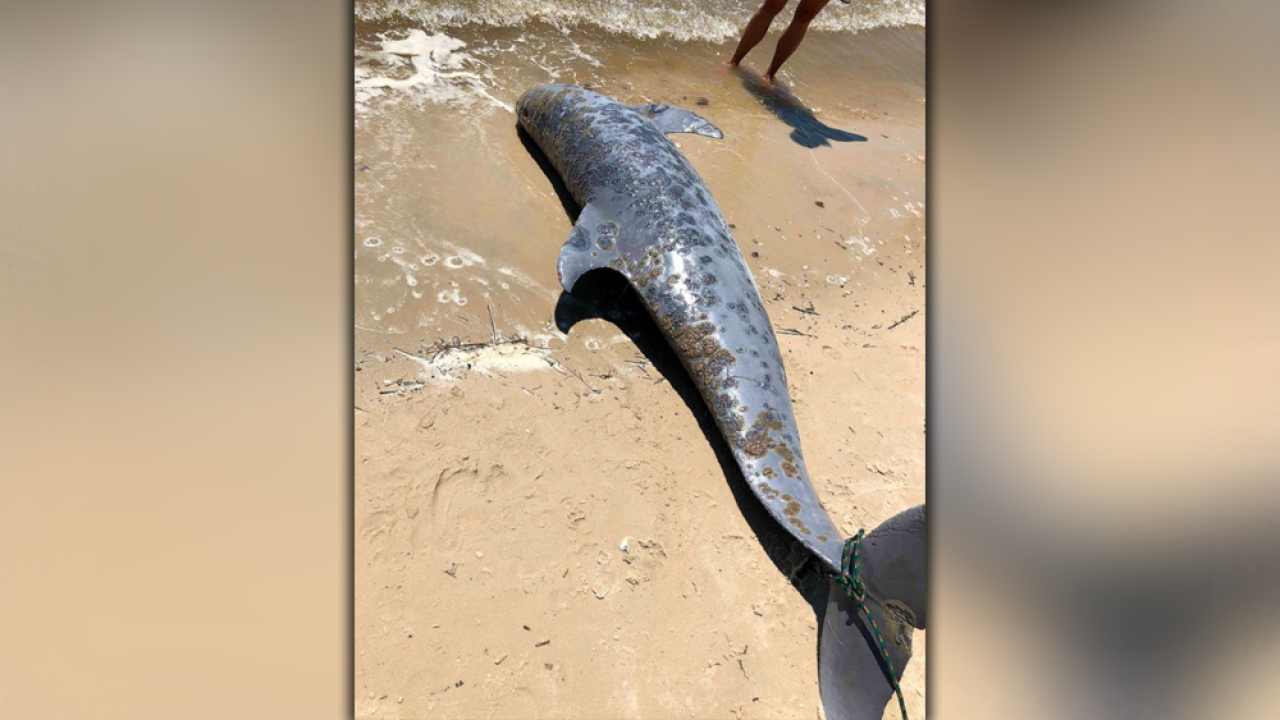 More than 200 bottlenose dolphins have become stranded on beaches along the Gulf of Mexico from Louisiana to Florida since Feb. 1, according to the National Oceanic and Atmospheric Administration.

The elevated number of strandings represents three times the average in the same time period, NOAA announced. They have mostly been occurring in the northern portions of the Gulf Coast, including Louisiana, Mississippi, Alabama and the Florida panhandle.

Three times as many dolphin deaths in the northern gulf than historically average are being documented by St. Pete scientists.

The significant die-off could be linked to wet weather and is sparking a federal investigation.

"We are concerned about the very low salinity that the northern Gulf is experiencing just due to the massive flooding that's occurred over this past winter. It's the wettest winter in the Mississippi Valley in the past 124 years,” said Dr. Fougeres.

Dr. Fougeres is also concerned with potential chemicals in the runoff.

She says bottlenose dolphins are showing-up with skin lesions.

Freshwater makes their skin cells swell and die and susceptible to infection and these same marine mammals are just recovering from the effects of the Deepwater Horizon Oil Spill.

"They do still have those health issues and any additional stressor or environmental change could potentially, you know, tip them over the edge which might be what we're seeing here,” she said.

NOAA Fisheries Southeast is forming a team with partners in the northern Gulf to study the disturbing trend which may also be caused because these environmental factors are killing off their prey.

"We always say they're like canary in the coal mines so things that are impacting dolphins are things that could ultimately impact humans. They're coastal residents. They live close to the beaches and the shore similar to the way humans do so it's always worthy monitoring what's going on with them,” said Dr. Fougeres.

NOAA declared the deaths an unusual mortality event. A UME was also declared for dozens of gray whales that have been washing up dead on the west coast of the U.S.

It is too early to determine any potential causes for the increase in deaths, according to NOAA. Since many of the dolphins are decomposed by the time researchers get to them, they are limited in their ability to collect samples to determine the cause of illness or death.

In addition, many of the dolphins have become beached in remote areas.

Scientists are asking the public to assist investigators by immediately reporting any sightings of live dolphins in distress or stranded dolphins, which are floating or on the beach, by calling the Southeast Marine Mammal Stranding Network at 877-WHALE HELP (877-942-5343). Citizens can also contact the U.S. Coast Guard or use the Dolphin and Whale 911 app on their smartphones.

NOAA warned citizens to not push the animal back into sea, as they may be sick or injured, but encouraged them to stay with the animal until rescuers arrive, using caution and keeping a safe distance away.

If the animal is alive, citizens can keep its skin moist by splashing water all over its body. Wet towels will also help them remain moist and protect them from sunburn.

In addition, do not collect any parts of the animal, as they fall under the Marine Mammal Protection Act.