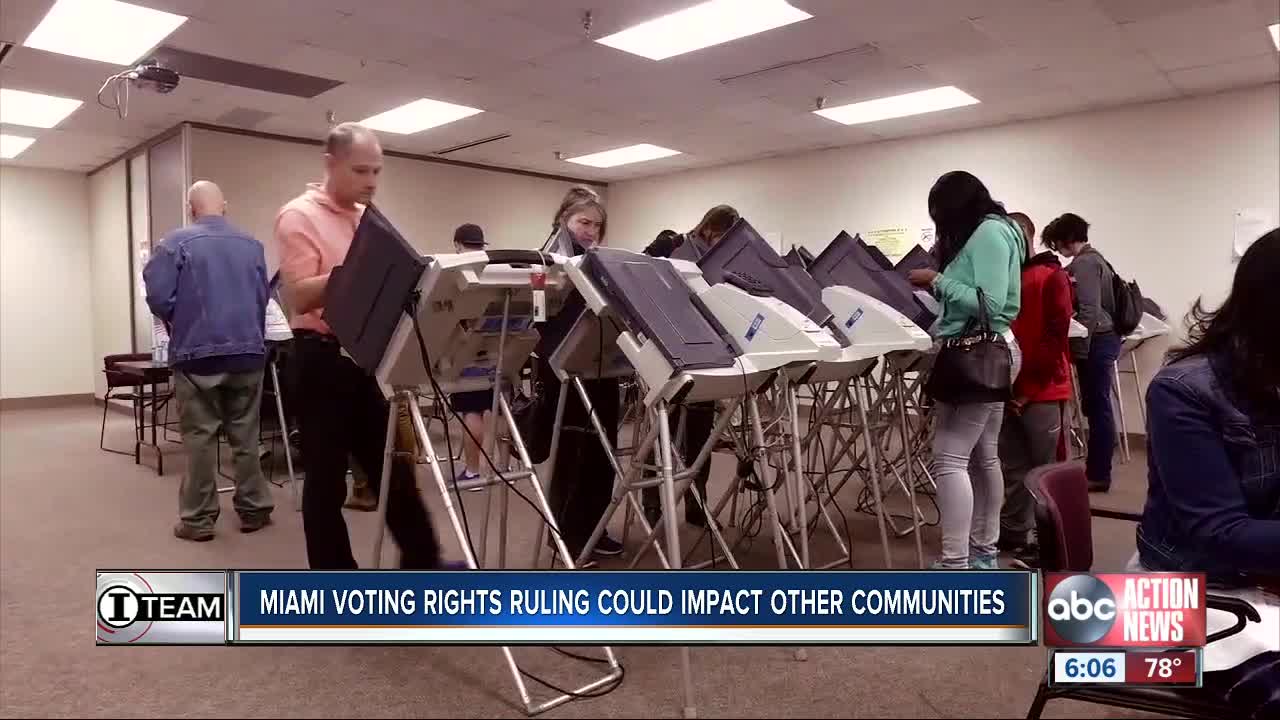 Singer John Legend was on hand to lend support Friday as 18 former felons were granted the right to vote in what Miami officials called a simple and streamlined process. 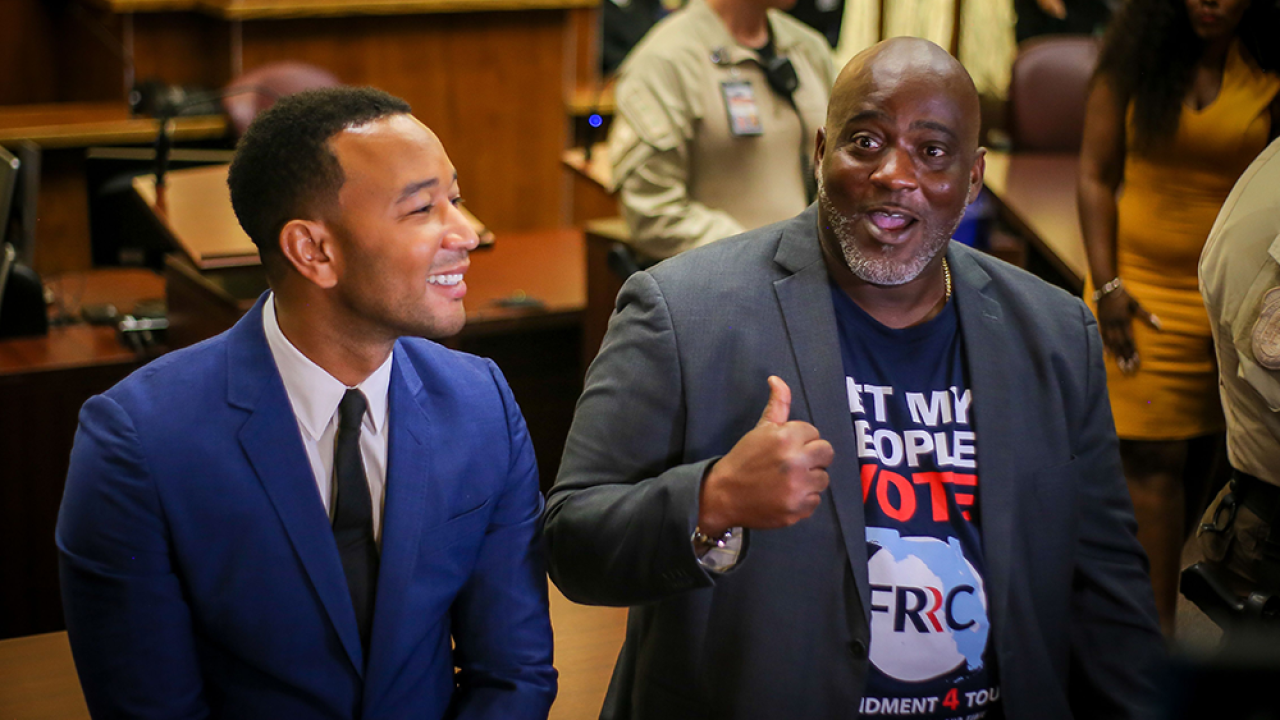 MIAMI (AP/WFTS) — Singer John Legend was on hand to lend support Friday as 18 former felons were granted the right to vote in what Miami officials called a simple and streamlined process.

The ceremony in a Miami-Dade County courtroom was meant to show that ex-felons can regain their voting rights, even if the Republican-controlled state Legislature enacted a law requiring them to pay any fees, fines and restitution first.

Legend said he backs efforts to allow former felons to fully regain their place in society.

"It's so beautiful to see," Legend told reporters. "So many people take it for granted, this right to vote. When you lose it, it makes you realize how important it is."

The Grammy winner held a fundraiser Thursday night for the Florida Rights Restoration Coalition, which is mounting a statewide effort to help former prisoners obtain the right to vote.

One by one, the former felons came before Circuit Judge Nushin Sayfie for brief hearings to ensure they are qualified to regain the right to vote. One of them was Andre Williams, 63, who had an aggravated assault conviction on his record.

Carlos Martinez, the Miami-Dade public defender, said people seeking restoration of voting rights can apply through the FRRC website and most would not need to come to court. If they do owe fines or restitution, Martinez said there are ways to settle those debts.

"We are all working with them to see those amounts are paid," he said.

Desmond Meade, president of FRRC, said the organization is planning a bus tour to raise awareness through all 67 Florida counties.

"We want to encourage everyone to participate in our democracy, because that's what makes us vibrant," Meade said. "There is hope. There is a pathway forward. We are hoping to replicate this throughout the state."

The state attorney's office posted details of how they are restoring felon voting rights online . The website states, "Individuals who can afford to pay all or some of their fines should do so. However, those who are indigent or do not have the ability to pay their fines in full may request a modification of their sentence by filing a motion with the Court. Upon proper request, the Court may modify the sentence and deem it completed for purposes of allowing the movant to vote. All other financial obligations remain in place and the Clerk of Courts may enforce them in the usual manner."

The state attorney's office for Miami-Dade County says the Court may offer felons who come forward "the opportunity to convert all or some of the outstanding fines to community service hours and/or enter a payment plan."

The bright red bus features images of former felons, one carrying a sign that reads, "When a debt is paid, it's paid." It also has the slogan, "Our vote, our voice, our time" on the side.