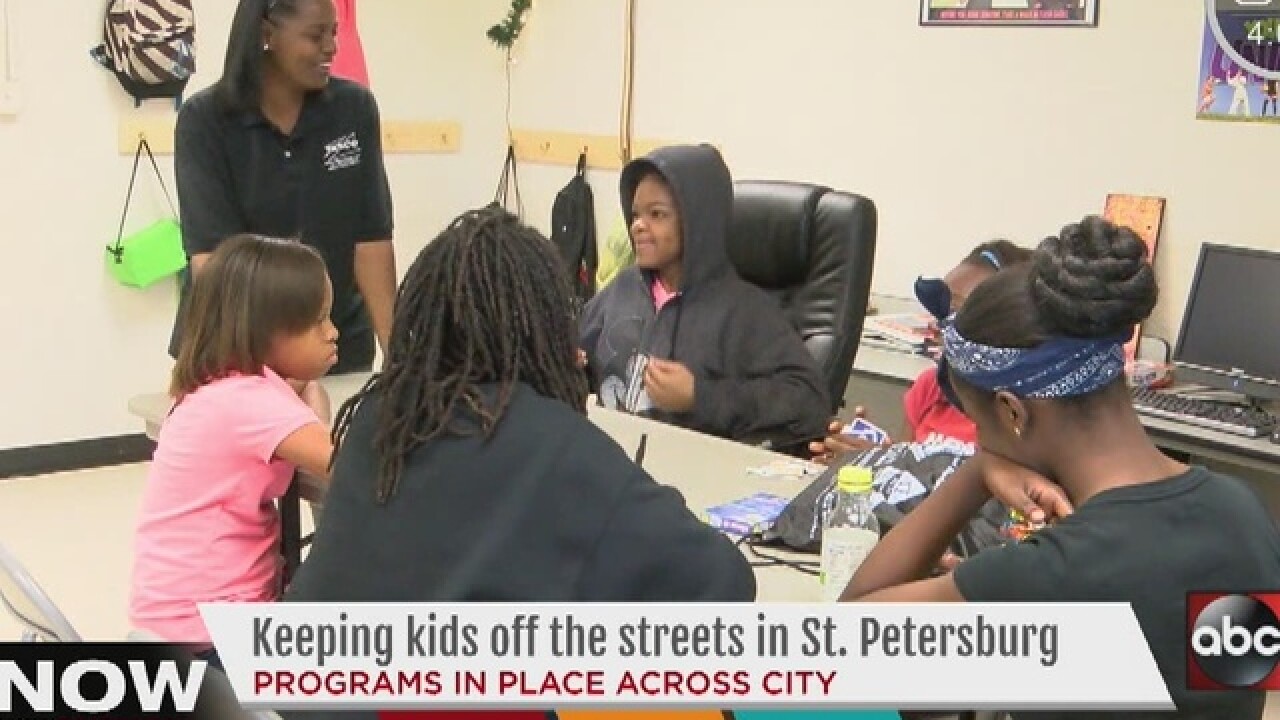 Seven teenagers have recently lost their lives to gun violence in St. Petersburg.

"It's just heartbreaking to see the things that are going on right now," said Pola Fowler.

At Child's Park, and 10 other centers across the city, there are dozens of programs to keep kids off the streets.

There's something for just about everyone from computer labs and homework help, to recreation, sports, and even career classes.

"If they just come out, take part, see what's going on in these rec centers, I'm sure.  I know.  I've seen it.  It can happen.  They can beat the odds," said Fowler.

Rashawn Douglas and Keith Ramsey know all of the recent shooting victims.  They both now have jobs and credit their local rec center with keeping them safe, and think more young people should take advantage of it.

"Instead of thinking about going to steal somebody's car, go break in somebody's house or shooting somebody, they ought to come out to the rec center and play basketball," Douglas said.

"Growing up in St. Pete, it's hard.  Like, most of these teens don't have their dads-- I grew up without my dad, so I know how it feels.  But I didn't lose my mind.  I've kept my composure, just stayed out of trouble," said Ramsey.

Pola Fowler says the lack of parent involvement with their kids is a huge reason many struggle and why some end up involved in crime.

"If you know your child is tempted to go out and do the wrong thing, if you can't do it, find somebody that can come talk to that child. Send them to the park.  Maybe we can turn them around," Fowler said.

She also reminds everyone that the rec centers aren't just for kids.  They offer family programs, parenting classes, support to help build stronger families and a better community.  Much of it is for free.  You just have to ask.

"The city of St. Pete is not what people make it.  We have a great city.  We have a lot of great kids.  There are just situations that pull them and they don't know how to get out.  Maybe we can make a difference.  I'm hoping, praying," said Fowler.