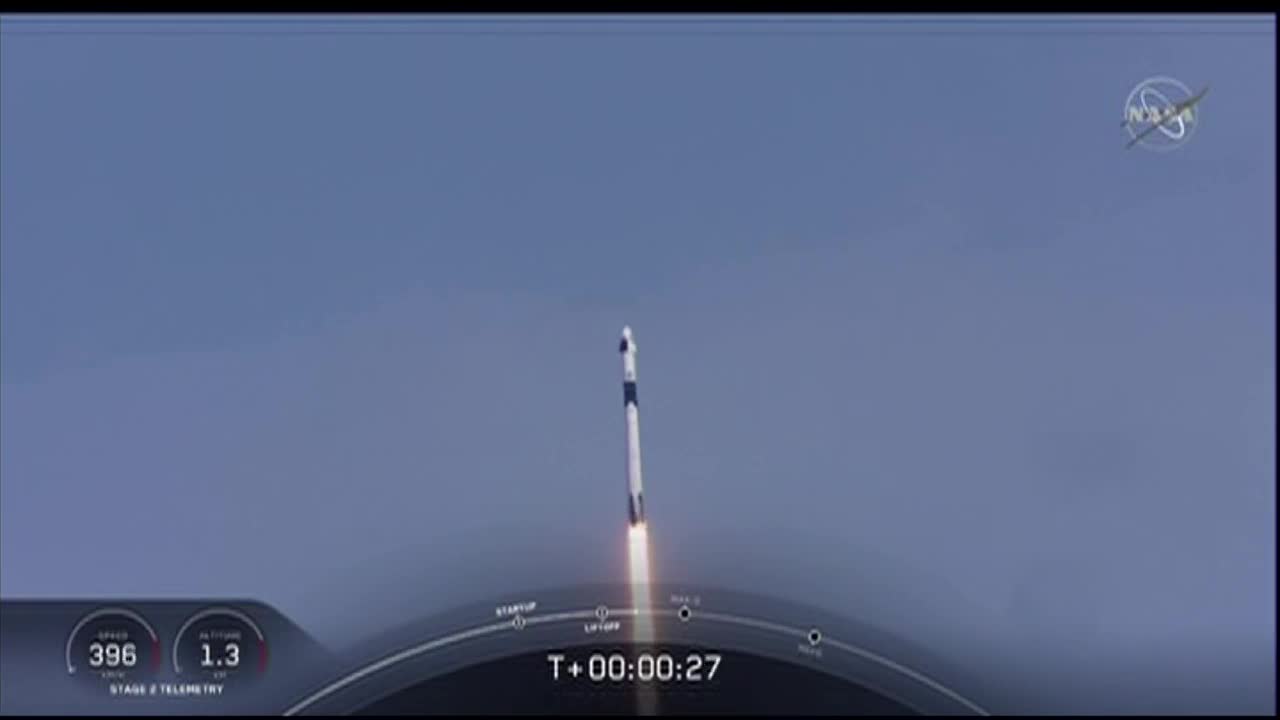 CAPE CANAVERAL, Fla. — A rocket ship designed and built by Elon Musk’s SpaceX company has lifted off with two Americans on a history-making flight to the International Space Station.

The spacecraft took off Saturday afternoon from the same launch pad at Cape Canaveral, Florida, that was used during the Apollo missions to the moon a half-century ago.

The historic mission is a collaboration between NASA and Elon Musk’s SpaceX.

If all goes according to plan, the SpaceX capsule will dock with the ISS on Sunday at 10:29 a.m.

The flight ushers in a new era in commercial space travel and marks the first time NASA has launched astronauts from U.S. soil in nearly a decade.

Ever since the space shuttle was retired in 2011, NASA has relied on Russian rockets launched from Kazakhstan to take U.S. astronauts took and from the space station.

Due to weather conditions, on Wednesday, May 27, the mission was scrubbed and rescheduled for today.

Elon Musk's company came within minutes Wednesday of launching NASA astronauts for the first time in nearly a decade from the U.S., before lightning interfered.

The successful flight could be a giant leap forward for the future of American space travel.

With this successful flight, the first full crew launch of the Crew Dragon spacecraft could take place in August of this year.