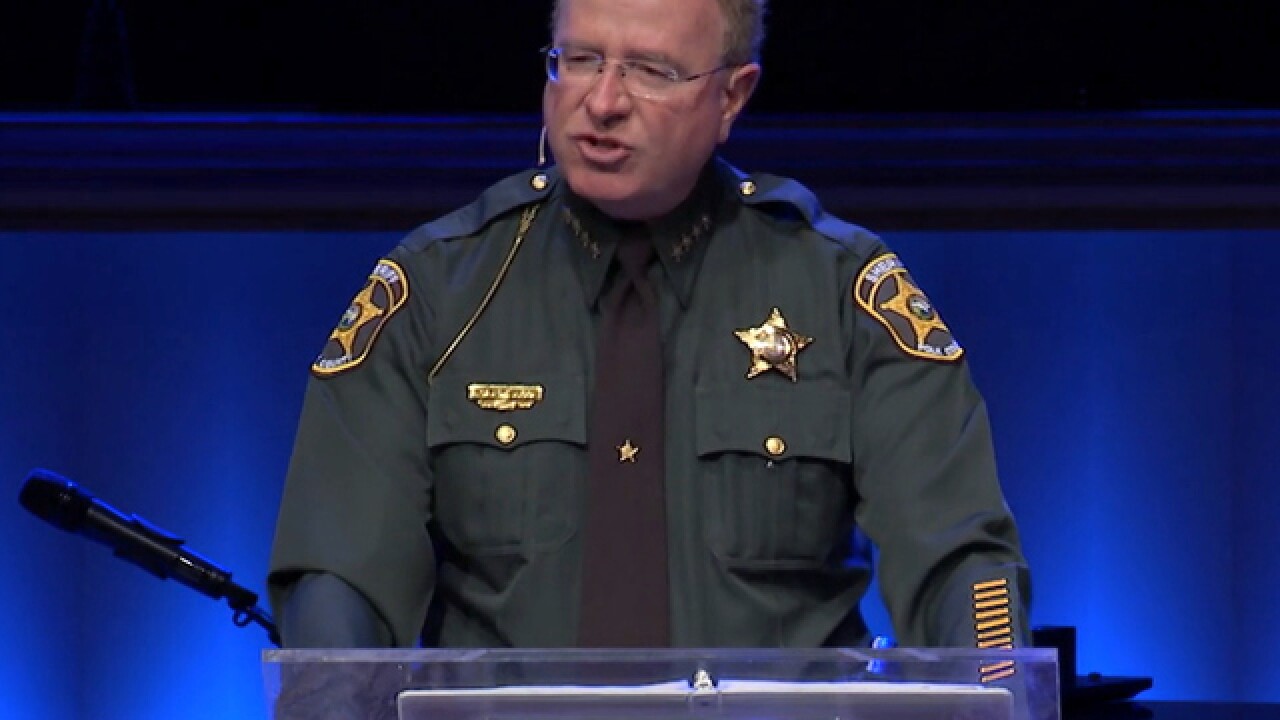 Sheriff Grady Judd sounded off outside the White House Tuesday to take a stand against marijuana.

He was there with the National Sheriffs' Association as part of a roundtable with President Trump.

The President spoke about "taking the fight to drug dealers and drug pushers," and immigration policy for the most part.

"We’re asking Congress to support our immigration policy that keeps terrorists, drug dealers, criminals, and gang members out of our country," Trump said. "We want them out.  We don’t want them in."

RELATED: That's So Grady: A look back at some of our favorite Grady Judd moments from 2017

Following the roundtable, Sheriff Judd spoke to reporters outside the White House and made his stance clear on marijuana.

"Every person I've ever asked that has a drug addiction problem, I would ask them intentionally 'what was your drug of choice that set you on this path?' Marijuana. Every time, marijuana," Judd said.

He went on to say that when you look at all the drugs killing people and contributing to drug related deaths, "leaving marijuana out of the recipe would be a horrible mistake."

Judd is the President of the Major County Sheriffs of America and was one of several sheriffs in attendance at the roundtable.