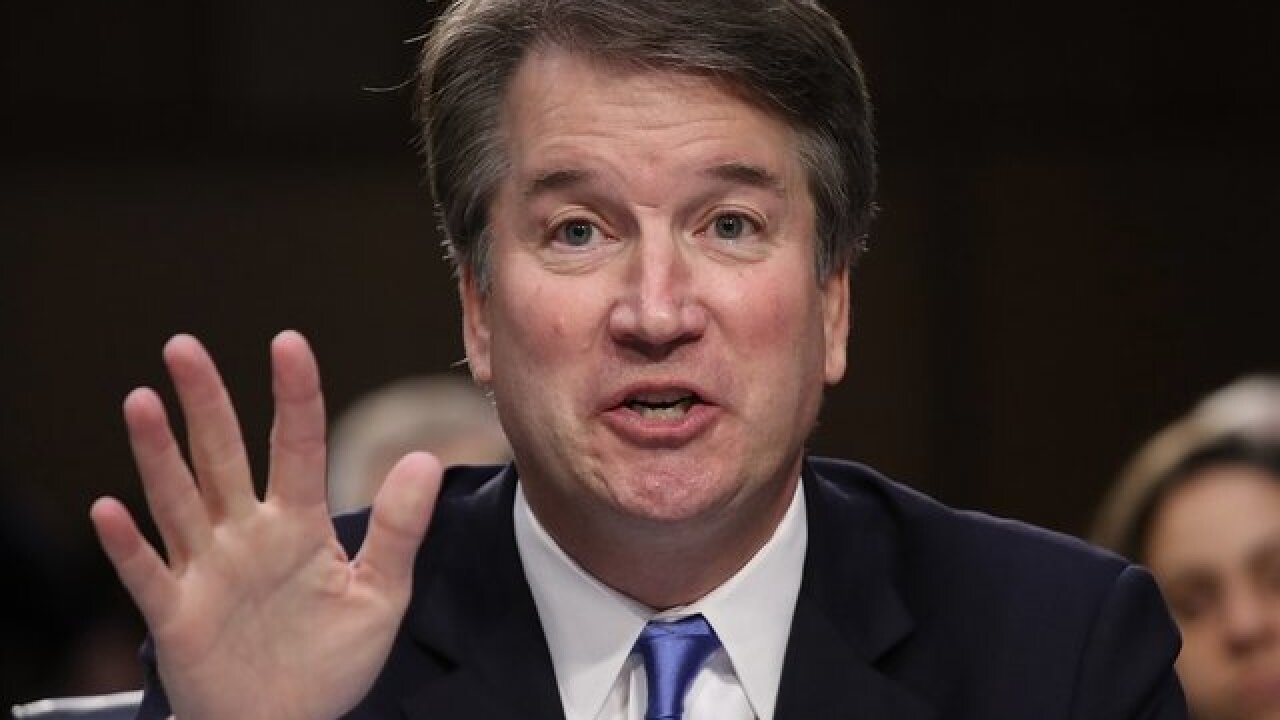 The White House and Supreme Court nominee Brett Kavanaugh denied an allegation Sunday made by a second woman accusing him of inappropriate sexual behavior.

California Sen. Dianne Feinstein, the top Democrat on the Senate Judiciary Committee, called for an immediate postponement of Kavanaugh's confirmation proceedings in a letter to the committee's chairman, Iowa Republican Sen. Chuck Grassley, and asked that the new allegation be referred to the FBI for investigation.

Grassley's spokesman, George Hartmann, told CNN that the chairman will "look into" the new allegation, but there are no plans at the moment to delay the Thursday hearing.

Ronan Farrow and Jane Mayer of The New Yorker reported Sunday that Deborah Ramirez, 53, attended Yale with Kavanaugh and said she remembers Kavanaugh exposing himself to her at a dormitory party.

Kavanaugh said in a statement, "This alleged event from 35 years ago did not happen. The people who knew me then know that this did not happen, and have said so. This is a smear, plain and simple. I look forward to testifying on Thursday about the truth, and defending my good name -- and the reputation for character and integrity I have spent a lifetime building -- against these last-minute allegations."

White House spokesperson Kerri Kupec said in a statement, "This 35-year-old, uncorroborated claim is the latest in a coordinated smear campaign by the Democrats designed to tear down a good man. This claim is denied by all who were said to be present and is wholly inconsistent with what many women and men who knew Judge Kavanaugh at the time in college say. The White House stands firmly behind Judge Kavanaugh."

Ramirez was initially hesitant to speak publicly, she told the magazine, partly because her memory contained gaps because she had been drinking at the time of the alleged incident. She was unsure of his role in the incident at first, but after six days of carefully assessing memories and consulting with her attorney, Stan Garnett, Ramirez told The New Yorker she felt confident enough in her recollections to say she remembers it was Kavanaugh who had exposed himself.

A classmate of Ramirez's, who was not at the party and who declined to be identified, told the magazine he is "one hundred per cent sure" that either on the night of the party or in the next day or two he was told Kavanaugh was the student who exposed himself to Ramirez.

The classmate independently recalled many of the same details Ramirez told The New Yorker about the incident. The magazine said many of the people they contacted did not respond to interview requests, others declined to comment or said they did not attend or remember the party.

One classmate who Ramirez said egged on Kavanaugh denied any memory of the party, according to the magazine.

"I don't think Brett would flash himself to Debbie, or anyone, for that matter," he said.

The other male classmate Ramirez said was involved in the incident told the magazine, "I have zero recollection."

In a statement to The New Yorker, two of the male classmates who Ramirez alleged were involved the incident, the wife of a third male student she said was involved, and three other classmates, disputed Ramirez's account of events.

"We were the people closest to Brett Kavanaugh during his first year at Yale," the statement reads, adding some of them were also friends with Ramirez during and after their time at Yale.

"We can say with confidence that if the incident Debbie alleges ever occurred, we would have seen or heard about it — and we did not. The behavior she describes would be completely out of character for Brett," the statement reads.

They said in the statement that Ramirez never described the incident until after Kavanaugh was nominated to the Supreme Court.

CNN has not independently confirmed The New Yorker's reporting. Ramirez and her attorney could not be reached for comment on the record.

The White House put out a news release Sunday night to rebut the accusations in the article, focusing on such things as the reported gaps in Ramirez's memory and the statements from those who knew Kavanaugh saying they had never heard of the alleged incident.

The New Yorker reports the offices of at least four Democratic senators have received information about the allegation, and at least two have begun investigating the incident. Senior Republican staffers also learned of the allegation last week, according to the magazine, and expressed concern about the impact this new allegation could have on Kavanaugh's nomination.

In a statement, Grassley said the Judiciary committee's majority staff learned of the allegation made by Ramirez from The New Yorker's report. "Neither she nor her legal representative have contacted the chairman's office," the statement reads. "The article reports that Democratic staff were aware of these allegations, but they never informed Republican staff."

A White House official seized on the article's mention that at least four Democratic senators received information about the allegation.

A Feinstein spokesman said her office had no knowledge of the New Yorker story before it published.

In addition, Feinstein's general counsel on the Judiciary Committee, Heather Sawyer, said in an email to Garnett and Grassley's chief counsel for nominations Sunday night, "To be clear, Democratic staff also learned of these allegations from the New Yorker article this evening. As you know, we've never been in communication with you or your client."

Colorado Democrat Sen. Michael Bennet's spokesperson, Shannon Beckham, told CNN that staff for a Democrat on the Judiciary Committee reached out to Bennet's office, "and asked for a connection to someone who might be helpful should Deborah Ramirez decide to come forward with an allegation related to that made by Dr. Ford."

"We reached out to former Boulder District Attorney Stan Garnett, who then met with Ms. Ramirez to work through how to analyze and present her allegations," Beckham said.