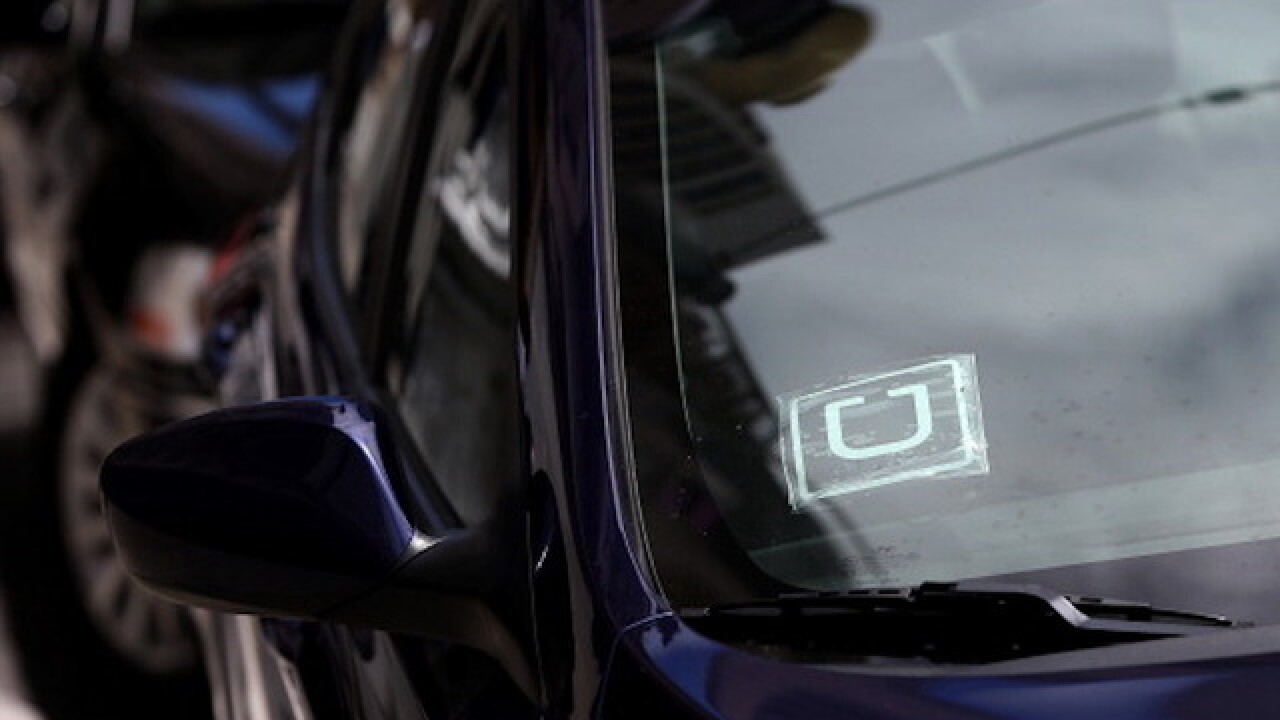 Copyright 2018 Scripps Media, Inc. All rights reserved. This material may not be published, broadcast, rewritten, or redistributed.
Justin Sullivan
<p>SAN FRANCISCO, CA - JUNE 12: A sticker with the Uber logo is displayed in the window of a car on June 12, 2014 in San Francisco, California. The California Public Utilities Commission is cracking down on ride sharing companies like Lyft, Uber and Sidecar by issuing a warning that they could lose their ability to operate within the state if they are caught dropping off or picking up passengers at airports in California. (Photo by Justin Sullivan/Getty Images)</p>

TEMPE, Ariz. (AP) — The human backup driver in an autonomous Uber SUV was streaming the television show “The Voice” just before the vehicle struck and killed an Arizona pedestrian in March, according to a published report.

The Arizona Republic reported that the driver was streaming the musical talent show on Hulu in the moments before the crash on a darkened street in the Phoenix suburb of Tempe.

Police obtained records from Hulu with a search warrant showing that the streaming to one of the driver’s cell phones ended at 9:59 p.m. on March 18, while the crash occurred about 10 p.m.

The newspaper received the more than 300-page report from Tempe police late Thursday.

Elaine Herzberg, 49, was struck as she crossed a darkened road in the middle of a block. It was the first fatal crash involving a self-driving vehicle.

Prosecutors are considering charges against the driver, 44-year-old Rafaela Vasquez.

A previously released video of the crash showed Vasquez looking down just before the crash. She had a startled look on her face about the time of the impact.

The National Transportation Safety Board, in a preliminary report issued last month, said the autonomous driving system on Uber’s Volvo XC-90 SUV spotted Herzberg about six seconds before hitting her, but did not stop because the system used to automatically apply brakes in potentially dangerous situations had been disabled.

The system is disabled while Uber’s autonomous cars are under computer control, “to reduce the potential for erratic vehicle behavior,” the NTSB report said. Instead of the system, Uber relies on the human backup driver to intervene, the report stated. But the system is not designed to alert the driver.

Uber pulled its self-driving cars out of Arizona the day before the NTSB report was released, eliminating the jobs of about 300 people who served as backup drivers and performed other jobs connected to the vehicles. The company had suspended testing of its self-driving vehicles in Arizona, Pittsburgh, San Francisco and Toronto while regulators investigated the cause of the March 18 crash. Arizona Gov. Doug Ducey prohibited Uber from continuing its tests of self-driving cars after Herzberg was run over.

Tempe police also released blurred video from the responding police officers’ body cameras, and one caught a conversation with Vasquez while she was seated behind the wheel, according to the newspaper.

The report says police initially determined that Vasquez was not impaired after giving her a field test.

Several days after the crash, police got search warrants for her two cell phones and served them on three companies: Hulu, Netflix and Google, which owns YouTube. Hulu provided records showing that Vasquez was watching “The Voice” just before the crash, the newspaper reported.

A detailed analysis of video from inside the Uber SUV shows during 11.8 miles traveled before the crash, Vasquez looked down 204 times toward her right knee, according to the report. Of the nearly 22 minutes that elapsed during that distance, Vasquez was looking down for 6 minutes and 47 seconds, the newspaper reported.

“This crash would not have occurred if Vasquez would have been monitoring the vehicle and roadway conditions and was not distracted,” the report says.

A crash report also indicated that the self-driving vehicle was traveling too fast for the road conditions.

The police report concluded that even though Herzberg was outside of a crosswalk when hit, Vasquez was inattentive and failed to take control of the vehicle to avoid the crash. Her “disregard for assigned job function to intervene in a hazardous situation’” contributed to the crash, the newspaper reported.

An Uber spokeswoman said in a prepared statement Friday morning that the company is cooperating with investigations while it does an internal safety review. “We have a strict policy prohibiting mobile device usage for anyone operating our self-driving vehicles. We plan to share more on the changes we’ll make to our program soon,” the statement said.

Use of a mobile device while an autonomous vehicle is moving is a fireable offense, and “this is emphasized on an ongoing basis,” the statement said.

After the crash, the ride-hailing company said it did a top-to-bottom safety evaluation, reviewing internal processes and safety culture. Uber also said it brought in former transportation safety board chairman Christopher Hart to advise the company on safety.