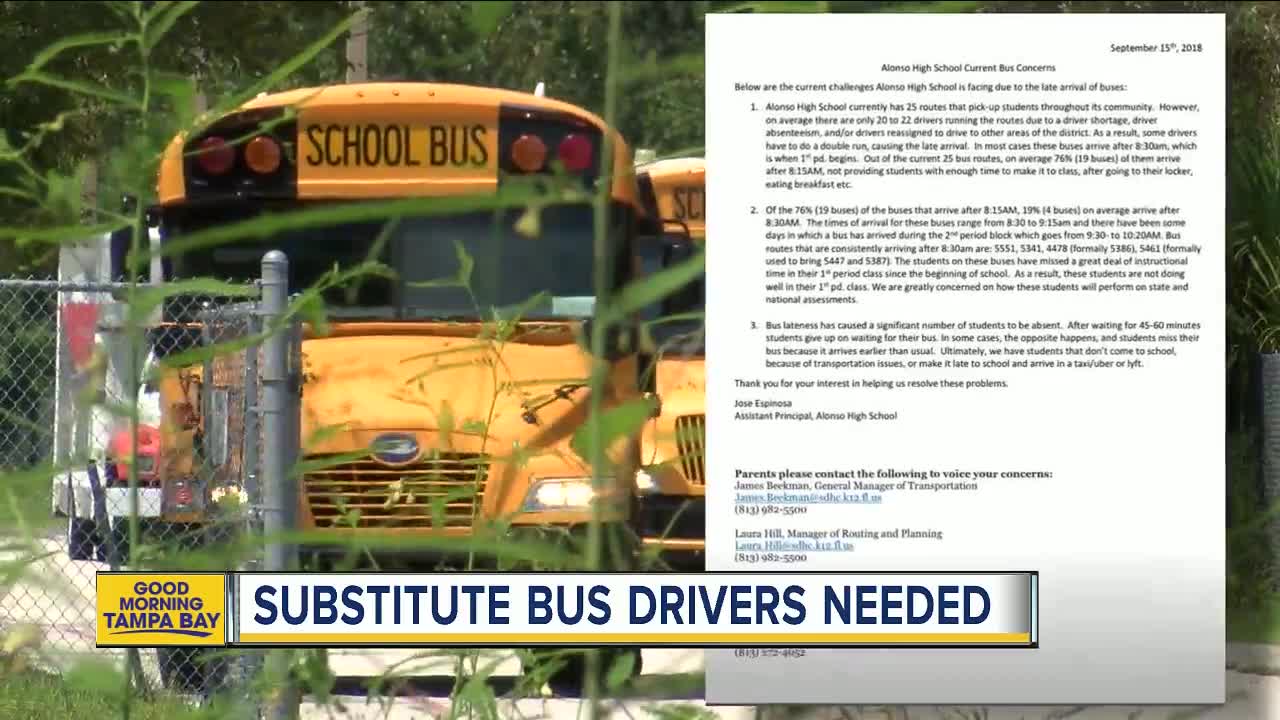 Late to class or missing the entire first period - it’s what many high schoolers in Hillsborough County have dealt with since school began in August. 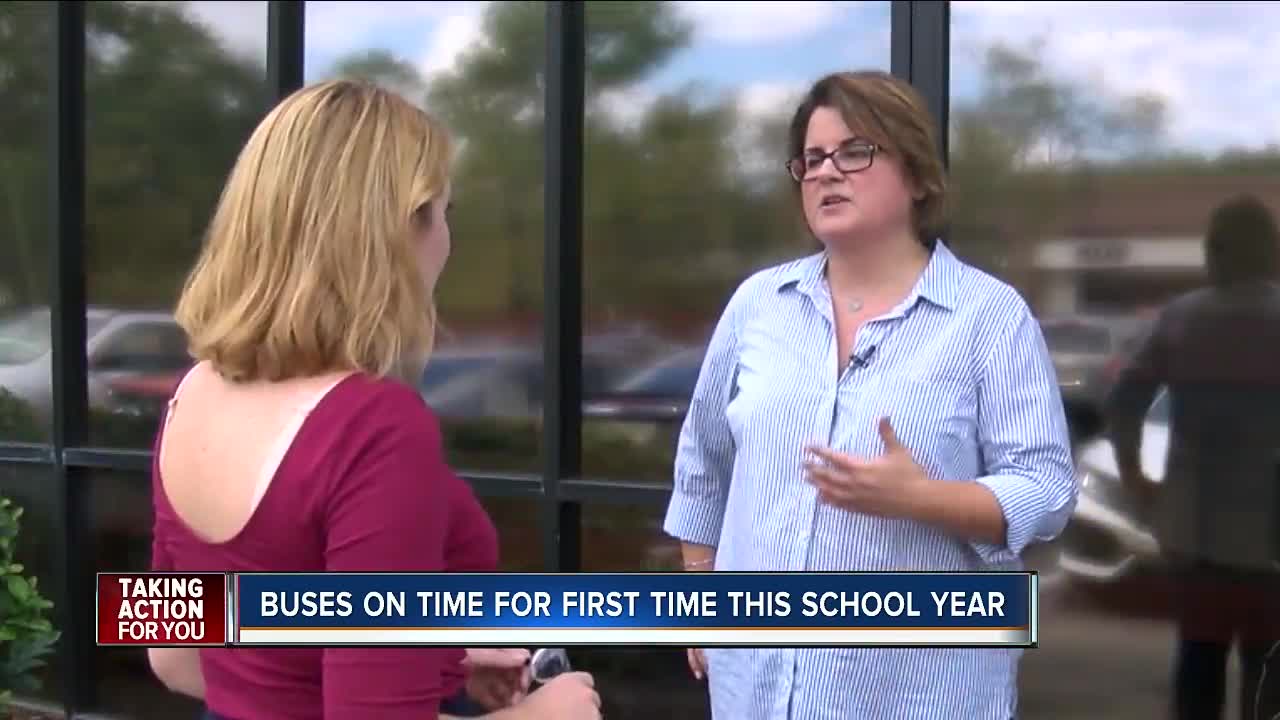 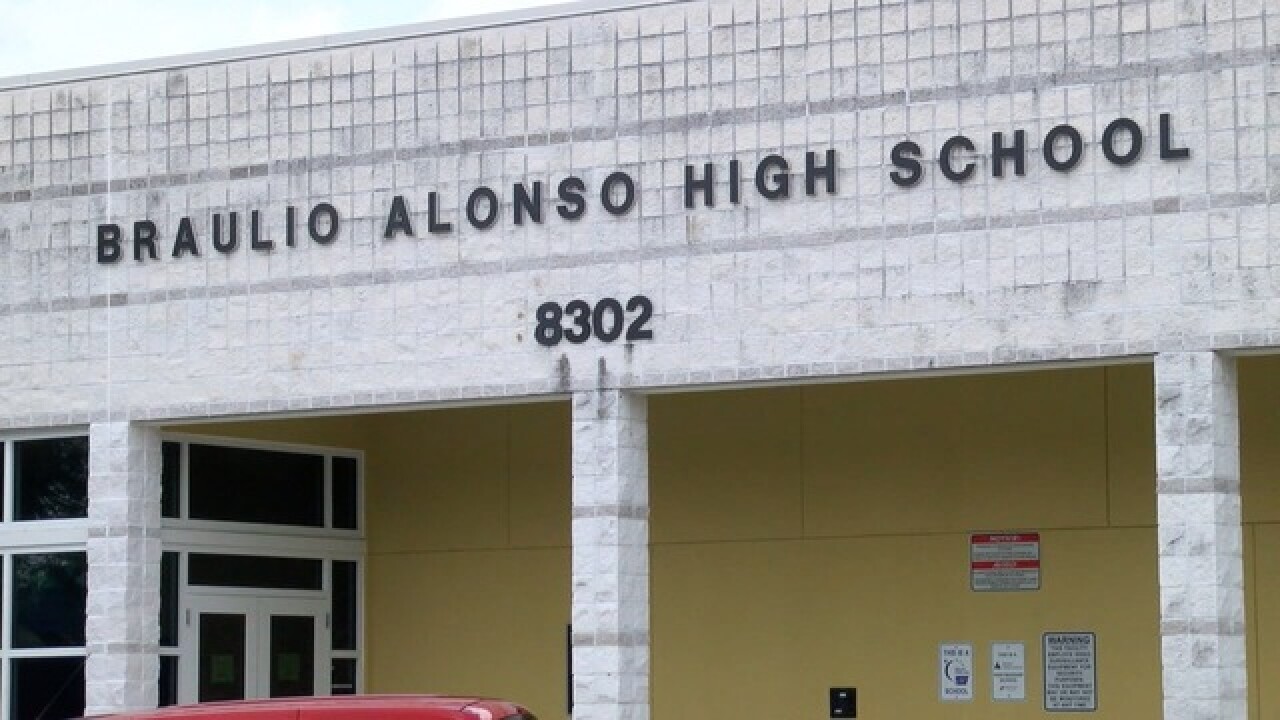 TAMPA — Late to class or missing the entire first period - it’s what many high schoolers in Hillsborough County have dealt with since school began in August.

Dozens of parents who have kids at Alonso High School are worried the damage has been done to their grades.

For the first time since school started, all buses that head to Alonso High School were on time Monday. Miller wouldn’t know because he chose to hitch a ride with his friend to guarantee he’d be on time.

"I need to catch up every single time I'm there and to spend my time more wisely than everyone else. I always feel behind,” he said. His first period is German.

Friday, after ABC Action News talked to parents about their concerns, a letter was sent out by the school’s assistant principal. He blamed the bus tardiness on a bus driver shortage. The district tells us they have enough drivers for each route, but if one calls off, it’s hard to get a sub driver. On Monday, five drivers were out sick.

They say after the first three weeks of school, they lost about 24 bus drivers due to retirement and moving out of the state. They have been able to fill all of those positions.

Alonso has about 25 routes. Officials say with the new bell schedules, it was difficult to anticipate the issues that could’ve come up because they hadn’t done this schedule before.

"Last week they had to make a new procedure where cars only go that way and the buses go that way because five buses were late,” said Hannah Cervantes, a senior at the school.

She sees the traffic backups on Montague and hopes the new changes the district has made will make a difference.

The district is picking up 8-10 routes a few minutes earlier. They are also making sure the elementary kids they pick up before that are dropped off by 7:10 so they can head towards the high schoolers.

They plan on monitoring the routes by GPS and folks from the district's safety group will be at bus stops making sure things run smoothly.

The district says it does need to hire more sub drivers - they’re looking for another 50-60. Click here to apply.