United Flight 2051 hit the flock shortly after departing the gate at 7:55 a.m. on Thursday morning.

After striking the birds, the Airbus A320 was forced to circle over the Gulf of Mexico for about 3 and a half hours to burn fuel.

A family member of a passenger took to Twitter seeking answers from United.

@united Need information about UA Flight #2051 Sister's flight circling over Gulf attempting to dump fuel after bird strike - @united customer service has no information to give us! Help!

According to the FAA, the pilot safely landed the aircraft at 12:42 p.m.

The plane was forced to circle in order to reduce the weight of fuel required for a safe landing.

Flight Aware tracked the flights path as it circled the Gulf. 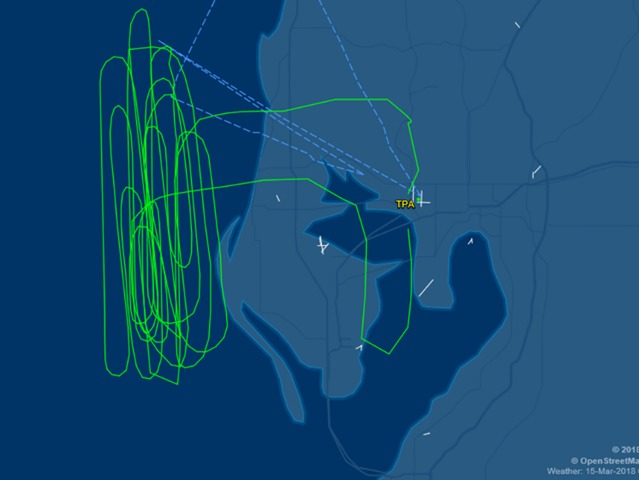 ABC Action News has reached out to United for comment and we are working to confirm the exact number of people on board the flight.

We are told the FAA will investigate.