Tampa Police Department is working a traffic related disturbance that turned into a homicide.

TAMPA, Fla. — Tampa Police investigators say they have interviewed the suspect behind a deadly road rage confrontation and they located the vehicle involved.

The confrontation and homicide happened at Fowler Avenue and I-275 on Wednesday. The man killed was a passenger in a truck that ultimately stopped at W. 109th Avenue and N. Ashley Street.

At about 11:22 a.m., a Dodge Ram and a dark-colored BMW were both reportedly stopped on Fowler in the westbound lane, with the BMW on the right side of the truck.

The passenger of the truck, Gilbert Serna, 56, reportedly spit out of his window, accidentally hitting the BMW, according to the victim's sister.

Police say the driver of the BMW got out of the car to confront Serna.

That's when the driver of the BMW allegedly stabbed Serna. He later died at the hospital.

The driver of the truck, Serna's co-worker, tried to follow the BMW, but eventually stopped. Serna's coworker told ABC Action News on the phone Wednesday, he witnessed the stabbing. He said right before the stabbing, the two bickered, hit each other with shoes, and spit at each other.

“I felt like somebody just pulled something out of my heart, I feel like I am going to die, I loved him so much," said Serna's sister, Rosalinda. "I loved him so, so much.”

Rosalinda shared several memories of her brother with ABC Action News Wednesday afternoon, including their final moments together.

“Hugged each other, kiss him, and I said 'I will always love you,'" said Serna. 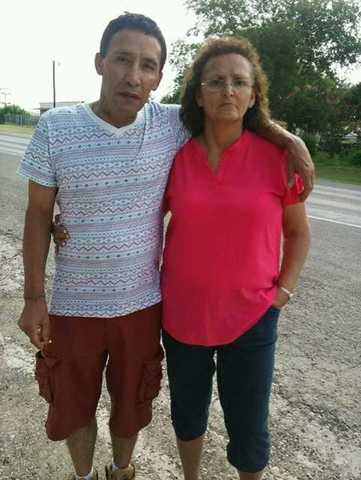 Rosalinda says her brother moved to Tampa from Houston about three years ago. He leaves behind three children and several grandchildren.

Wednesday night, police released the following video of the BMW in question:

Tampa Police are asking the public to help us ID and locate the driver of a dark BMW convertible involved in a road rage incident that turned deadly today at 109th & Ashley. Video shows the car on Fowler at Florida. If you have information, contact Tampa Police at 813.231.6130 pic.twitter.com/1snl2FVosK

The BMW in question was located late Wednesday evening, during a patrol. Even though police said the suspect behind the deadly stabbing has been identified, no arrests have been made.

"We just have to be able to build your case. We don’t want to rush {the investigation} in these type(s) of situations and as we develop more evidence and everything, I’m pretty confident we’re going to be able to make an arrest," TPD Chief Brian Dugan said.