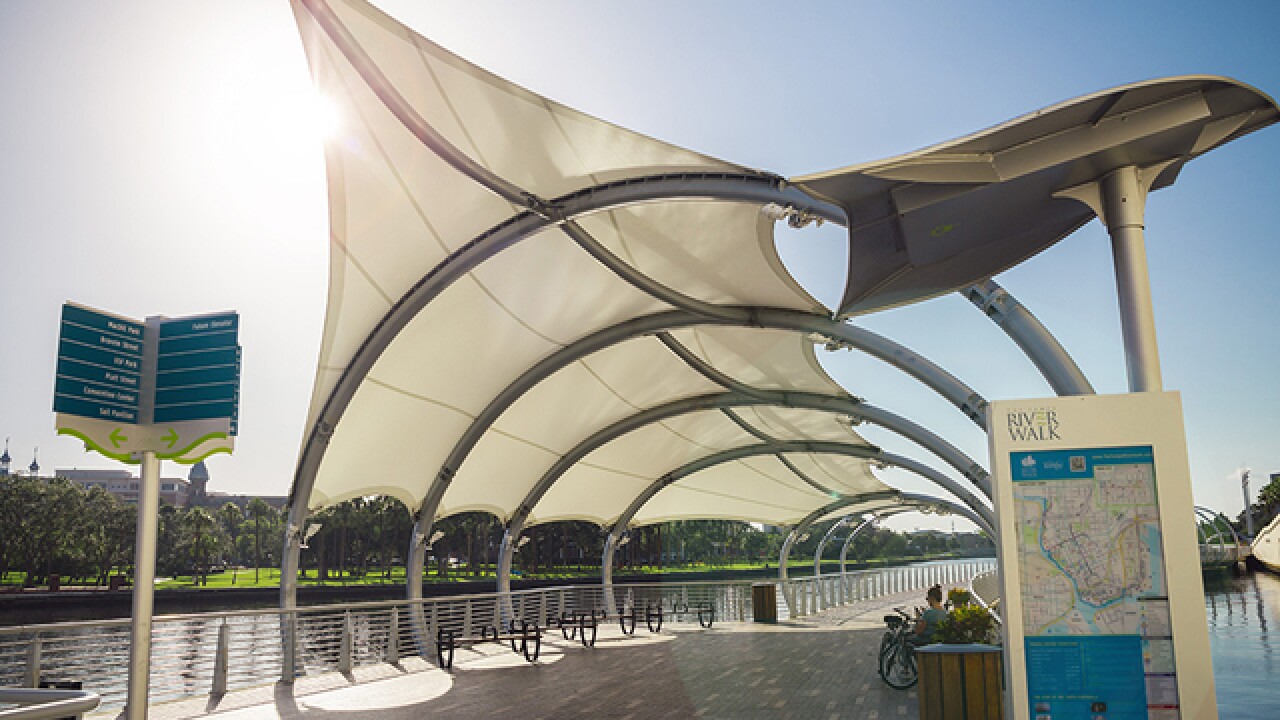 TAMPA, Fla. (AP) — A Tampa neighborhood has won what could be described as city planners' version of "The People's Choice Awards."

The American Planning Association said Wednesday that The Riverwalk in Tampa had won its "People' Choice" designation as one of the great spaces in America in 2018.

The planning association asked the public to nominate their favorite public space, neighborhood, or street.

The Riverwalk edged out Katy Trail in Missouri.

“Thank you to everyone who voted for the Tampa Riverwalk as the People’s Choice for Best Places in America, I couldn’t agree more,” said Mayor Bob Buckhorn. “The Riverwalk has transformed Tampa and has become a destination for visitors and residents alike. Whether you’re riding your bike, rollerblading or taking a ride on the Pirate Water Taxi, there’s something for everyone. Our river has become the focal point of Tampa’s urban core and that’s made possible by having a promenade that connects all of downtown Tampa’s great restaurants, parks, cultural venues and events.”

The other finalists were Uncas Leap Heritage Area in Norwich, Connecticut; the Detroit Riverfront; and the Navy Yard in Washington, D.C.