TAMPA, Fla. — Police have arrested a man in connection with a pipe bomb explosion in the backyard of a home in the 1000 block of  E.17th Avenue.

Officials say the explosion occurred at approximately 4:25 p.m. on Wednesday.

After quickly arriving at the scene, detectives searched the neighborhood and interviewed neighbors in an effort to determine where the device came from and who may have been involved.

Officers then detained two men who were in the house during the explosion.

After questioning, they arrested 60-year-old Joseph David Caltagirone and charged him with making, possessing, throwing, placing, projecting or discharging a destructive device — a felony. The second man has not been charged. 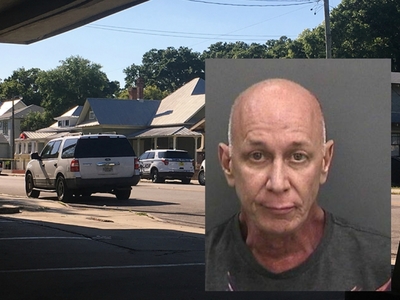 Tampa Police spokesman Steve Hegarty said there didn't appear to have been any ill intent.

However, "even if it was just mischief or a prank or just experimenting that's a problem," said Hegarty.

The explosion left a hole in the ground. Authorities are working to get a search warrant so that they may check inside the home. No one was hurt nor any home damaged.

ATF and the bomb squad responded to the scene.

Tampa Police Officer confirms IT IS a pipe bomb their bomb squad found near their office. They are not sure if there are other bombs @abcactionnews pic.twitter.com/c8Qi1IsH8E

E. Columbus Drive was closed between 9th Street and 13th Street as police investigated but reopened just before 5:30 p.m.

***TRAFFIC UPDATE*** E Columbus Drive has been re-opened to traffic.