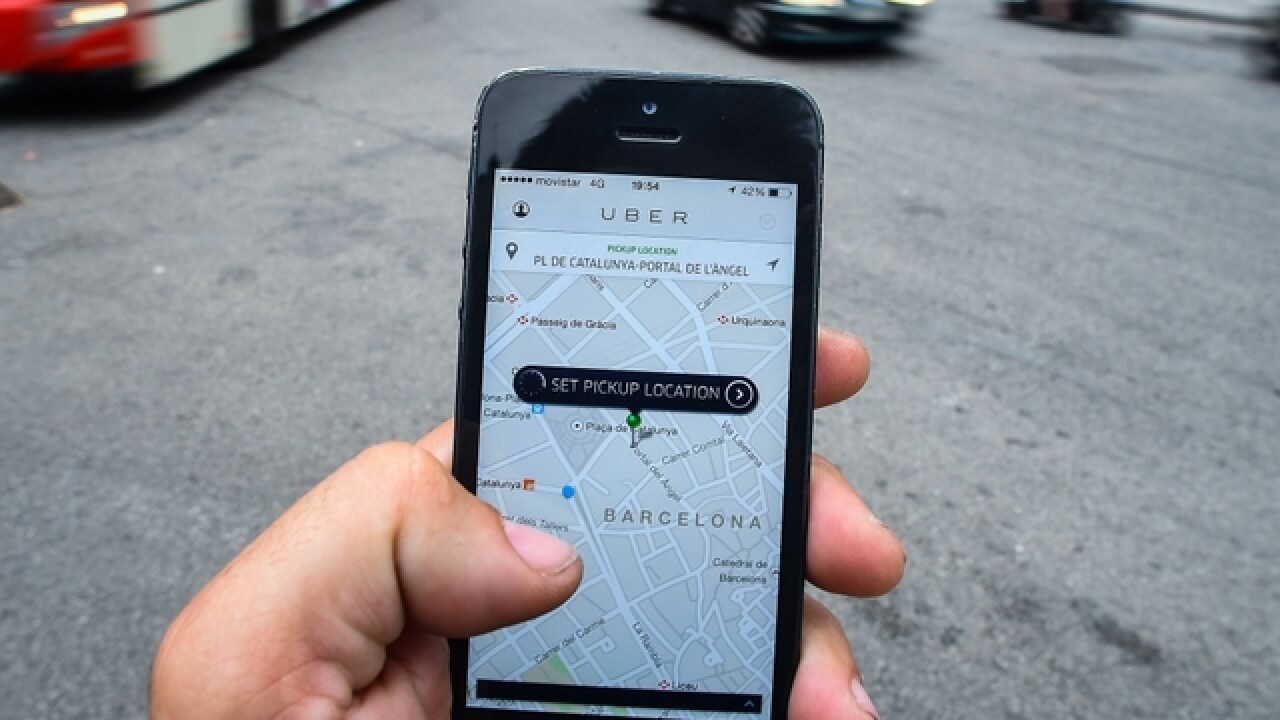 Uber is threatening to head for the exit if Hillsborough County green lights controversial regulations on ride-sharing companies this week. Before that vote, some of the city's most influential leaders rallied together, begging to keep the companies here.

Driving for Uber is a way of life for Marla Garris.

"It really means survival for me," said Garris.

Even with two master's degrees, driving for the company is the only good paying job she could find in Tampa to support a grandchild and daughter in law school.

"I don't know what I would do without Uber, being able to drive here in Hillsborough County," said Garris.

But strict rules being considered by the Hillsborough Co. Public Transportation Commission could strip away that job for Garris and thousands of others who drive for Uber and Lyft.

"The concern is fair, but we wouldn't want to take away a service that would give the Tampa Bay area a bad name," said Garris.

Uber says it will be forced out of the county if it has to follow proposed fingerprint background checks and mandatory $7 minimum fares, along with seven minute minimum wait times.

"This is very much an extreme proposal pushed by the Public Transportation Commission, that's not rooted in public safety at all," said Cesar Fernandez, senior public policy manager for Uber Technologies.

The Florida Chamber, tourism groups and local business leaders, say the fighting over ride shares, needs to stop.  They insist people visiting and moving to Florida expect Uber and Lyft to be available at the tap of a button, and might go elsewhere if it's not.

"There's no reason the PTC should deter us from succeeding in any way, shape, or form," said Tampa Mayor Bob Buckhorn.

"We just love Uber.  Please support us," Garris said.  The Public Transportation Commission is expected to vote on the proposed new rules Wednesday.  It released the following statement to ABC Action News:

The Hillsborough County Public Transportation Commission today reiterated its priorities in determining new rules for Transportation Network Providers such as Uber, Lyft and Drive Society, saying that public safety is the overall goal.

“We are not trying to keep anyone out of the marketplace,” said Kyle Cockream, Executive Director of the PTC. “Instead, the focus is on getting consensus on regulations that ensure rider safety. We want a solid framework that welcomes TNCs while making the safety of our riding public a priority.”

Last week, The Rules & Policy Committee of the PTC forwarded a recommended package of proposed rules for consideration by the PTC Board.

The proposed rules would include the following stipulations for TNCs:

The rules are needed to define how TNCs can operate legally, while reflecting how ride-sharing services work. Since TNCs, unlike taxis, do not provide rides to customers hailing vehicles from the street, a new category is being created for them called “non-luxury limousines,” with its own set of rules.

The recommendations will be considered by the PTC Board at its next meeting, on Wednesday, September 14 at 9 a.m. at the County Center, 601 East Kennedy Boulevard in Tampa. Once rules are agreed upon by the Board, they will be scheduled for a public hearing to be held in October.

Anyone who would like to be heard on the rules will have the opportunity at the public hearing, reflecting the PTC’s desire to offer opportunities for the public and the companies involved to contribute to the process.

We agree that the vehicle-for-hire industry is evolving, and that ride-sharing companies are here to stay.  We also agree that people enjoy and deserve choices when it comes to public transportation as well.  That said, it is equally important to also acknowledge that fair and reasonable public safety measures for the traveling public are of paramount importance.

By separating themselves from the rest of the vehicle-for-hire industry, Uber and Lyft seek to avoid the time and cost of reasonable safety protections such as 1) Level II driver background checks (which include records in other states and fingerprint scans), 2) accessible commercial umbrella insurance from carriers vetted by the State of Florida, 3) vehicle inspections and 4) compliance with state and federal Americans with Disabilities Act provisions, and put their customers at risk.
Uber and Lyft’s approach to this issue is not unique to Hillsborough County or Florida.  All across the U.S., many local communities, including Portland, San Francisco, San Antonio, Austin and Orlando are raising significant concerns about fundamental public safety issues and background checks,whether TNC drivers have any or adequate insurance, and whether the local communities should require better service from them for passengers in wheelchairs.In response, TNCs flout the law, ignore local regulations and resort to threatening local cities and counties with leaving and/or state and federal forced deregulation when they are questioned about their business practices as they relate to public safety and well-being.

We believe a better approach is to maintain reasonable regulation that taxicab and limousine companies currently adhere to.  We believe that limited, responsible government, public safety and basic fairness should prevail.