A quiet neighborhood in Dawsonville, Georgia is in shock after a Tampa man traveled there and allegedly killed his ex-wife and her sister on Thursday.

DAWSONVILLE, Ga. — Several weeks before Kelly Garrison was shot and killed inside her sister's North Georgia home. She was standing in front of a Hillsborough County judge getting a restraining order against her ex-husband.

ABC Action News learned Garrison fled to Georgia and was in hiding. Garrison had good reason to be scared.  According to an arrest warrant from Dec. 30, McDonald broke into her Tampa condo and tried to strangle her to death. He's been on the run ever since. Investigators issuing an arrest warrant for McDonald days later. Four months later, McDonald resurfaced in Dawsonville, Georgia.

The first Lumpkin County Sheriff’s Deputy arrived on scene and saw that there was an open garage door at the house next door to the original caller’s house. The sheriff said deputies found one body in the garage and while they were clearing the house heard the final fatal shots.

The case is a sad reminder of the dangers women in abusive relationships deal with. A board member for the non-profit "Are You Safe" said Garrison did everything right. She got a restraining order, went into hiding, but it wasn't enough.

Hodz said victims of domestic violence should always alert local authorities to their situation so they can do extra patrols and be able to help if the person the restraining order is against shows up.

Authorities in Lumpkin County said they were not told Garrison was seeking refuge in their area.

In previous cases, Lt. Alan Roach with the sheriff's office said they've been able to help others in need, stressing that "it gives law enforcement a heads up to a potential problems ahead of time allows for a visible law enforcement presence."

ABC Action News asked if authorities knew where McDonald obtained his weapon from, they did not know "where or when they were purchased."

Part of the domestic violence injunction against McDonald required him to surrender any weapons and stay away from Garrison. 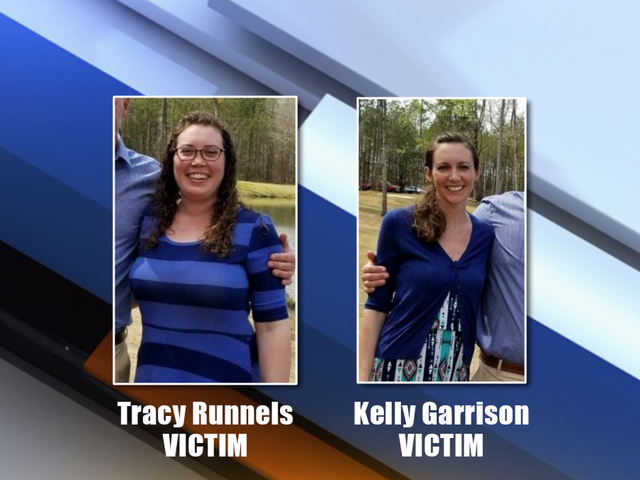 Tampa neighbors said they were friendly with the victim but noticed a lot of police going in and out of the home. They said she recently moved out. They were shocked and saddened to learn she was murdered.

McDonald’s mother told ABC Action News, outside her Tampa home, that the family was “shocked and just learning of the news.”