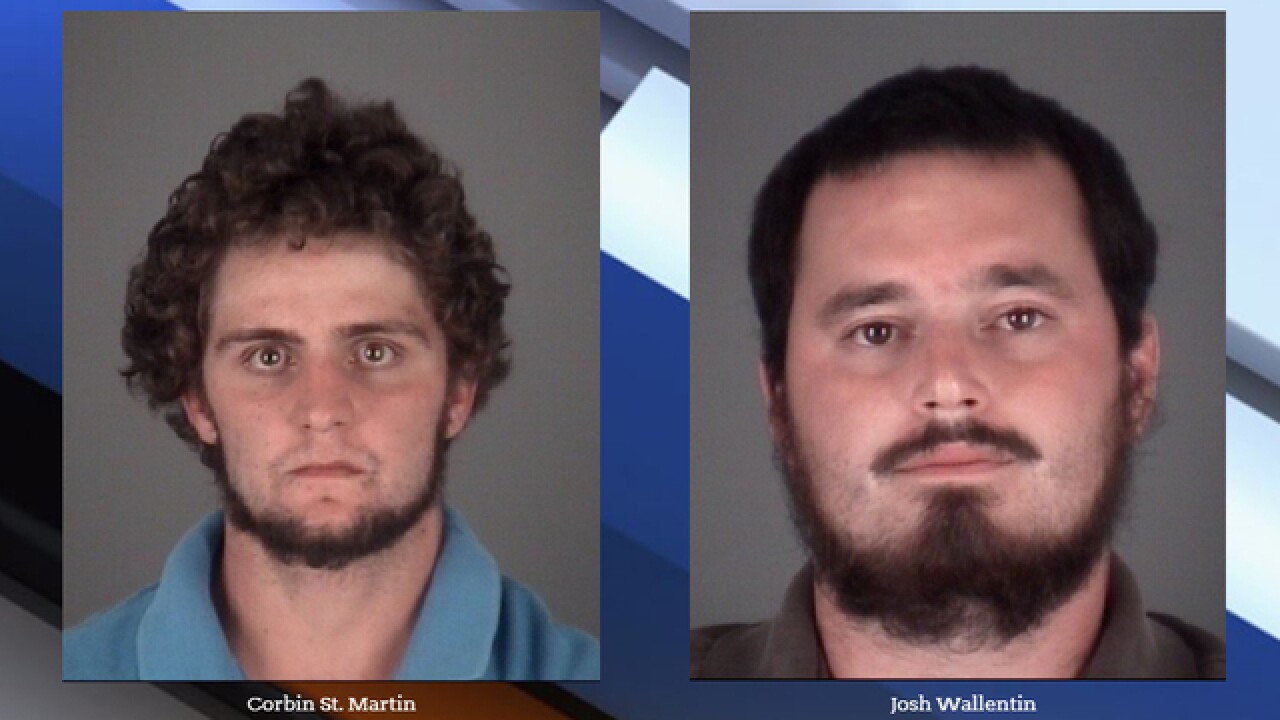 TAMPA, Fla. — Authorities say two men in Tampa are facing charges after head-butting an off-duty police officer before pulling a gun on him.

The off-duty Tarpon officer was standing outside of Molly Malone's when 23-year-old Corbin St. Martin approached and head-butted him. The attack was unprovoked, according to the Pasco County Sheriff's Office.

Then 24-year-old Josh Wallentin pulled out a handgun and pointed it in the direction of the officer.

Multiple deputies responded to the scene and arrested the men.

St. Martin is facing charges for felony battery and Wallentin for aggravated assault with a firearm.

The head-butt left a deep cut to the officers face, requiring stitches. Authorities say the injuries will leave a lasting disfigurement.