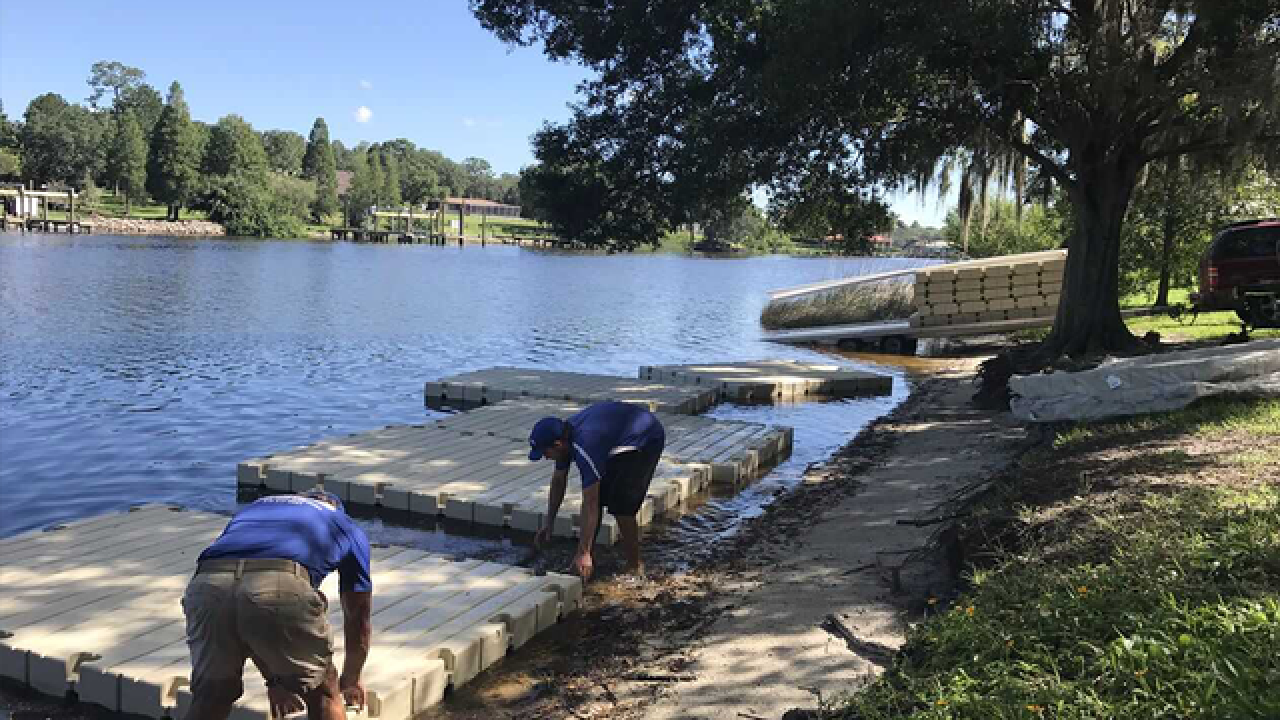 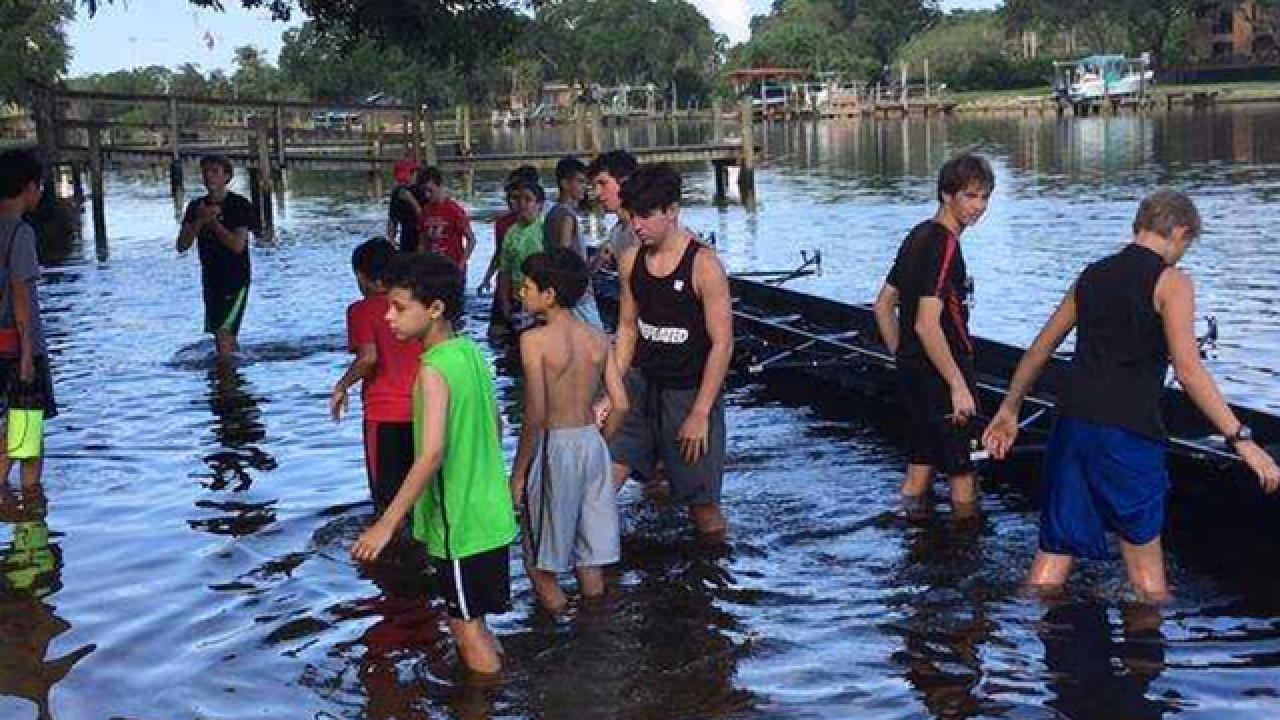 After more than a year of no boathouse or dock, the Hillsborough High School Rowing team can finally enjoy a newly installed floating dock.

The team, along with two private schools in the community have tirelessly fundraised for more than a year to install a floating dock that will make their rowing practices safer and bring the community together.

In December of 2015, the team got news that it would no longer have a home in Julian B Lane Riverfront Park due to the park’s $35 million renovation plan.

The team had no option but to move their practices to Rivercrest Park, where the city offered them a place. Although their new location is just a walk away from the school, the team had no dock and no way of safely loading boats into the water, said Hillsborough High School Rowing team president, Javier Cuevas.

“We went from being in a boat house and having docks to eventually just having our boats in a fenced in area,” Cuevas said.

A sign that reads 'Caution: Alligators in the water' constantly reminded Cuevas that having to carry the boats into the water was not the safest situation for the rowers.

“For the last year since we’ve been here, we’ve been working on all things necessary to try to build this dock,” Cuevas said. “We just finalized this part of the project.”

Cuevas hopes the dock will not only provide a more secure and comfortable environment for the kids but will also serve the Seminole Heights community. He wishes the installation of this new dock will provide a place for residents to launch their kayaks and canoes from. Their previous location was not open to the public.

“We’re doing things like middle school camps and if we’re downtown, a lot of the kids that live here will not be able to go,” Cuevas said.

His goal for this new installation is to make sure it is not only benefiting the team but the entire district.

Although Julian B Lane Riverfront Park will open in approximately one year, the team wishes to stay at Rivercrest and eventually build a boathouse there.

“One of the first major differences is the commute time, we get more practice time,” Bincarousky said. “The dock is a very welcome addition to the club.”