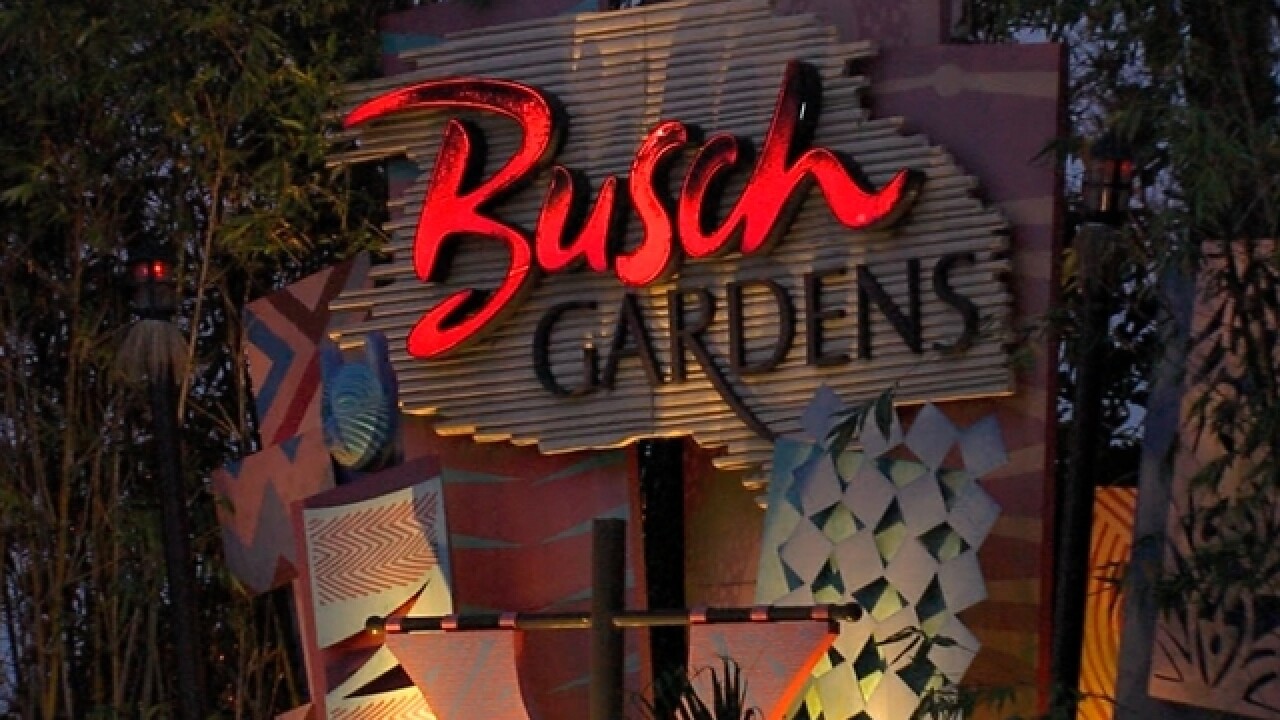 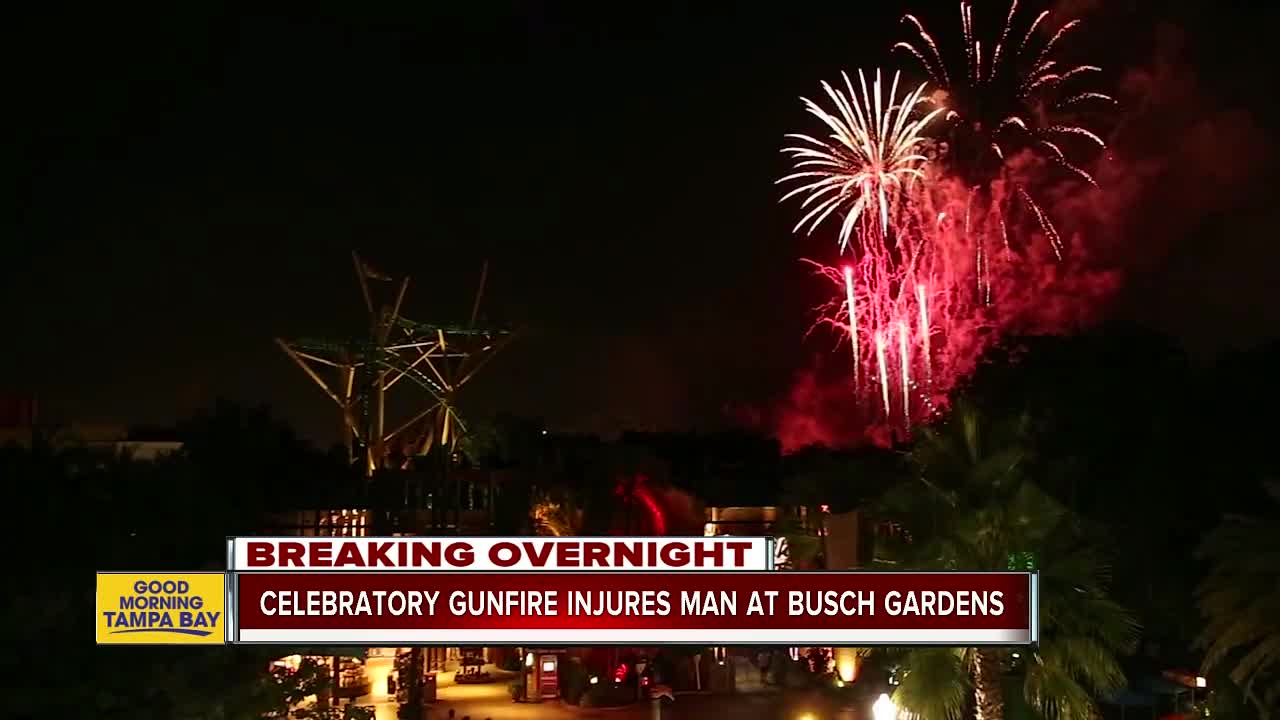 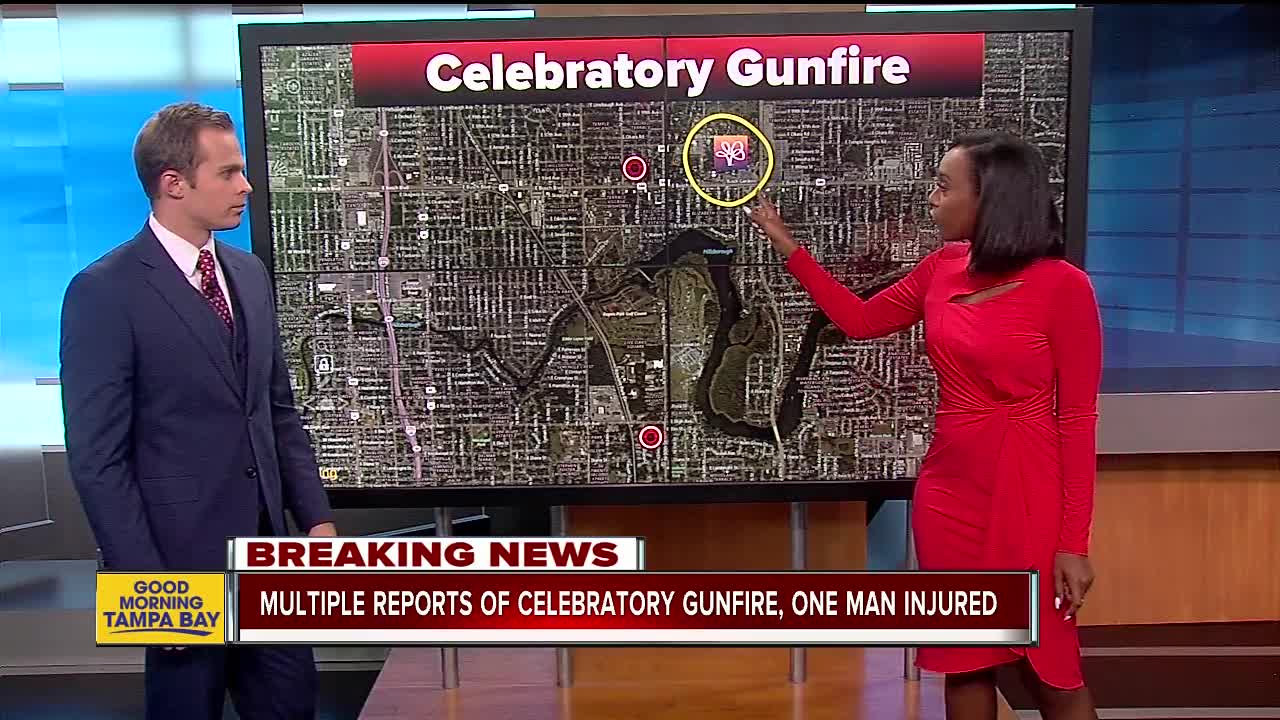 The Tampa Police Department said, at approximately 11:30 p.m., 36-year-old Scott Deel, who is from Putnam County, was at Busch Gardens with his wife for the fireworks celebration when he suddenly felt pain to his left shoulder.

His wife then noticed that he was bleeding and the two walked to Busch Garden's first aid center to get medical treatment.

Deel was then transported to Tampa General Hospital and treated for the bullet wound. An officer, who responded to the scene, said it looked as though the bullet entered just above the shoulder blade.

RECOMMENDED: Woman arrested after climbing up the Statue of Liberty on 4th of July

A preliminary report from the hospital indicated that there was no bullet lodged in Deel's shoulder.

At this time, no arrest has been made. Police do believe Deel was struck by celebratory gunfire, as his injuries occurred at the same time fireworks were being set off in the area surrounding Busch Gardens

A similar injury happened to a young woman on New Year's Eve in 2014. Tampa Police said at the time that the woman was hit in the leg by celebratory gunfire by an unknown shooter. No arrest was ever made. She was also at the park for the fireworks show.

Busch Gardens has released a statement on the incident:

According to Tampa Police, a guest of the park was struck by a stray bullet fired from outside the park’s property following a 4th of July celebration. The guest was transported to Tampa General Hospital. We are working closely with the Tampa Police Department on this incident as the safety of Busch Gardens Tampa Bay’s guests, team members and animals in our care is always our top priority.