TAMPA, Fla. — Colorectal cancer is the second leading cause of cancer death among men and women combined in the United States. Valarie Schlossar has made it her life’s mission to ensure everyone knows this is a preventable disease, while she fights for her life.

On February 22, 2015, that became Schlossar’s mantra, after a doctor said these words: "Its a tumor.”

The doctor went on to say, “it’s bleeding. It’s the size of a lemon. And we are operating tomorrow. That's how all this started."

She has been fighting ever since she was diagnosed when she was just 49 years old.

“I just finished my 60th round of chemo and they are all 46 hour treatments,” said Schlossar. 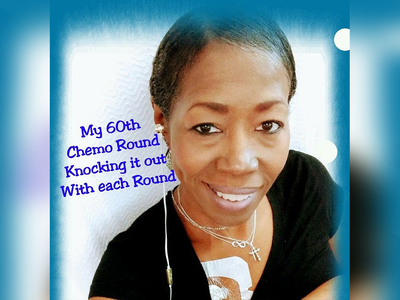 There is no end-date for her chemotherapy treatments right now, as her cancer is stage IV. It’s the same disease that took her brother’s life in 2010. Unfortunately, he kept his battle a secret until a month before he died.

Schlossar says looking back on her 30’s, there were definitely signs that she had a problem, but she never really looked into them, until the pain was unbearable — and it was almost too late. It’s something she is hoping she can change in so many people.

“So many people are being diagnosed with this preventable disease, but we are not taking action,” said Schlossar.

She is the action she wants to see. Schlossar is currently an ambassador for the Fight Colorectal Cancer national campaign. Her story is one of the many that will be detailed in the One Million Strong campaign, uniting the more than one million survivors of colorectal cancer and their families. This year’s theme is “Fight with Courage” which is inspired by Schlossar and the other 24 Ambassadors featured in the campaign.