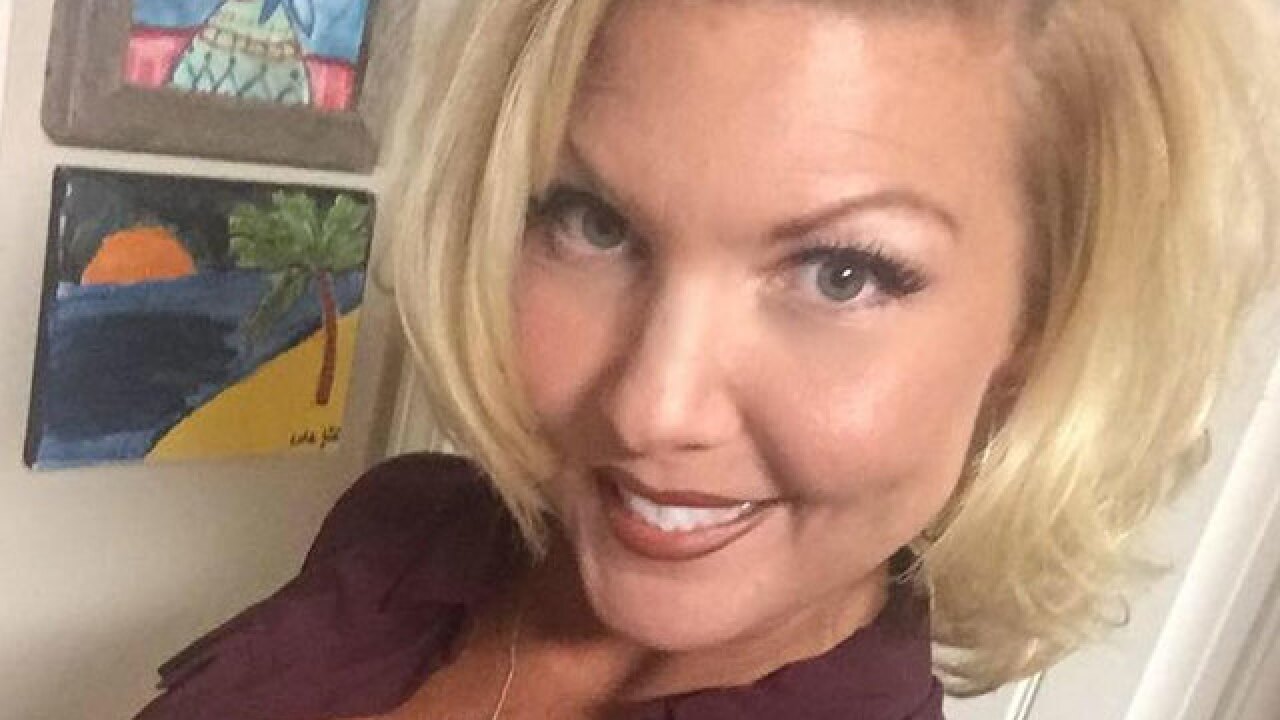 CALERA, Ala. (AP) — Kathleen Dawn West described herself as a full-time wife and mom on Facebook but lived another life on other social media platforms, calling herself an exhibitionist and posting risque photos with a chance for subscribers to see sexier images for $15.99 a month.

West, 42, who said on her Facebook page that she was a Tampa, Fla., native, was found dead outside her home near Birmingham, and authorities are now faced with a question: Did West's online activities play a role in her death?

Police have classified West's death as a homicide, but they haven't said how she died. What appears to be the remainder of a blood stain darkens the asphalt across the street from the two-story brick home she shared with her husband and middle school-age daughter.

No charges had been filed by Friday, six days after she died. But the mysterious nature of West's death — she was found dead early Saturday in the quiet bedroom community of Calera, a town of 14,000 people about 35 miles south of Birmingham — has people buzzing.

At least two Facebook groups with more than 2,200 members total have been created to discuss the case, and neighbors are concerned in West's subdivision, where homes are still under construction.

"It's shocking that it happened so close to home, so all you can do is worry and think about your family, and that's all I've been doing," Xavier Lee, who lives two door down, told WIAT-TV.

Word of West's death was met with sadness at the gym where she worked out until dropping her membership a few months ago.

"She'd come in, do her thing and leave. She kind of kept to herself," said Austin Lockhart, owner of Fit 24 Calera. "She'd wave and smile. She was a nice lady."

On Facebook, West posted lots of selfies and commenters often mentioned her attractiveness. But there were also photos of her wedding to longtime husband William Jeffrey West and images of West and her daughter playing in the snow last month.

But West, a Florida native with blonde hair and a resemblance to Marilyn Monroe, seemed like a different person on other online accounts.

With a personal description that included "exhibitionist," West had a private Instagram account with nearly 52,000 followers that linked to a paid site that featured adult content and "naughty fun." Some of the images were included on a site for "mature hotties."

Initially, West just tweeted links to a site where she sold clothing items, including dresses, coats, shoes and kid's clothing. The feed took a sharp turn Aug. 11, when she tweeted: "Happy Frisky Friday - Let's get this party started," with a link to the pay-per-view site. The description included a link to a "wish list" page where viewers could purchase lingerie for her.

The posts continued until the morning before her death, when West tweeted a link to sell a women's wool jacket. A few days earlier, she had posted a lingerie photo showing her bare buttocks that linked to her adult site.

In Calera, neighbors don't know what to think about West's slaying.

"This child doesn't have their mother anymore. Don't know why, don't know what happened, that led up to the incident, but to wake up to that news, it makes you think," Lee said.

Federal court records show West and her husband filed for bankruptcy in 2007 while living in Cartersville, Georgia, but the case appeared to be handled routinely and closed within months. Tax records indicate they moved into the home in Calera in 2015. It was valued at $169,000 last year.