After our report aired, he turned himself in

A Tampa grandmother said she was attacked at Northwest County dog park on Tuesday after a couple got mad that her dog was playing too rough.

TAMPA, Fla. — A Tampa grandmother told ABC Action News all she wanted was the man who attacked her at Northwest County dog park behind bars. On Thursday, a day after we aired an exclusive report on her attack, Terri Pisczek got her wish.

Detectives with the Hillsborough County Sheriff's Office began tracking down multiple leads after our report aired Wednesday night at 11 p.m. Investigators said the photo that victim captured on her cell phone moments before she was backhanded, was essential in helping solve the case.

Christian Crespo, 26, was booked into the Hillsborough County jail Thursday afternoon. He is charged with Felony Battery on a victim who is 65 years or older.

Terri Pisczek said this all happened after Crespo's girlfriend began cursing at her because her lab “Rocco” bit their dog’s ear. 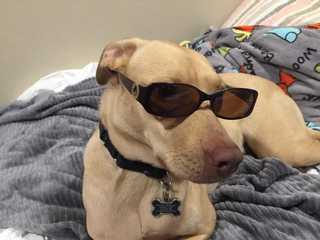 Pisczek says she refused and that's when the couple began cursing and yelling at her for several more minutes.

Pisczek said the couple claimed they were calling the cops. So she waited.

When law enforcement never showed up and Pisczek said she had taken enough verbal abuse, she put her dog Rocco in the car and then went back to grab her other dog, “Rascal.” 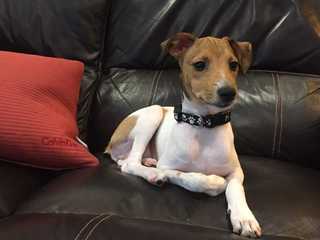 When she walked back to get Rascal, her Parson Russell Terrier, the man, now identified as Crespo, was holding him by the collar.

Pisczek says she takes medicine, survived open heart surgery and isn’t strong enough to defend herself. She says she again apologized and asked for the man to let her dog go.

Instead, she said he opened the dog gate and let him out. She gave chase trying to make sure Rascal didn’t run off. When she caught up with her dog she says the man hit her in the face.

“He openly backhanded me. He looked right at me to make sure he got me in the face,” Pisczek said. “To be hit, that hard, by a total stranger it’s actually traumatizing. You go home, you come home you think it’ll go away in a couple hours, the thoughts. It doesn’t. It just lingers on there are people out there like that.”

Pisczek was already snapping photos to defend herself. She continued taking photos as the man and woman got into an SUV and took off. Pisczek said from there things got more intense.

“I thought are they going to run me over. It felt like they are going to try and kill me,” Pisczek said. “I also suspected, what if they are trying to run over my little dog? Revenge. They wanted revenge because their dog’s ear got scratched.”

As the couple sped away Pisczek said she took more photos capturing a partial plate.

Pisczek said she is OK but has a bruise on her forehead and headaches. She takes blood thinners and worries if she has a concussion. She plans to see a doctor if the headaches don't go away.

Crespo's girlfriend, also pictured in the report, told ABC Action News that this was all just a big misunderstanding. She explained, over the phone, that Crespo was just trying to stop Pisczek from taking pictures of them and was trying to push the phone out of his face.