TAMPA, Fla. — A high school staff member is out of jail and off the job after a Tampa Police Department investigation revealed he had inappropriate contact with students.

24-year-old Casey Parente used to work at Jesuit High School as a registrar. Late last year, someone tipped off officers saying Parente sent inappropriate messages and content to a student through a social media platform.

According to letter sent to parents from Jesuit's president, dated April 17, TPD told them about their case and the school cooperated with authorities, then made the decision to fire Parente just before Christmas break. 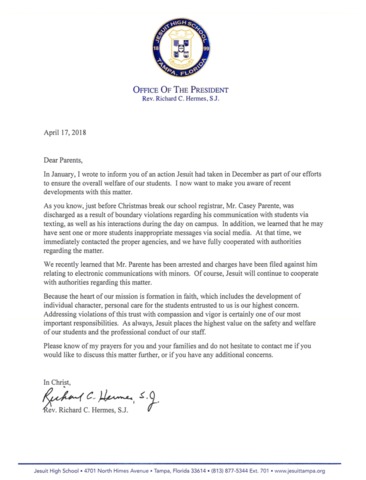 In that same letter, the president of the all-boys school said inappropriate contact also happened on campus.

As Tampa Police continued their investigation, a second potential victim came on their radar.

On April 11, officers obtained a search warrant for Parente's home and electronic devices.

On April 16, they had a warrant for his arrest and he was booked into the Hillsborough County Jail. He's charged with two counts of transmission of harmful material to minors and two counts of unlawful use of a two-way device.

Parente posted his $8,000 bond the next day and was released. 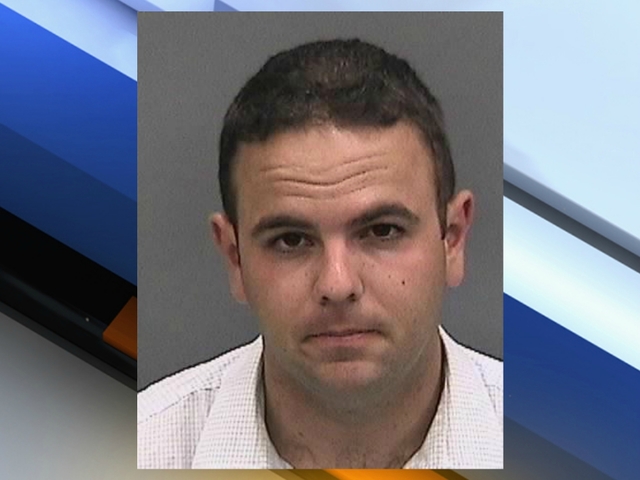