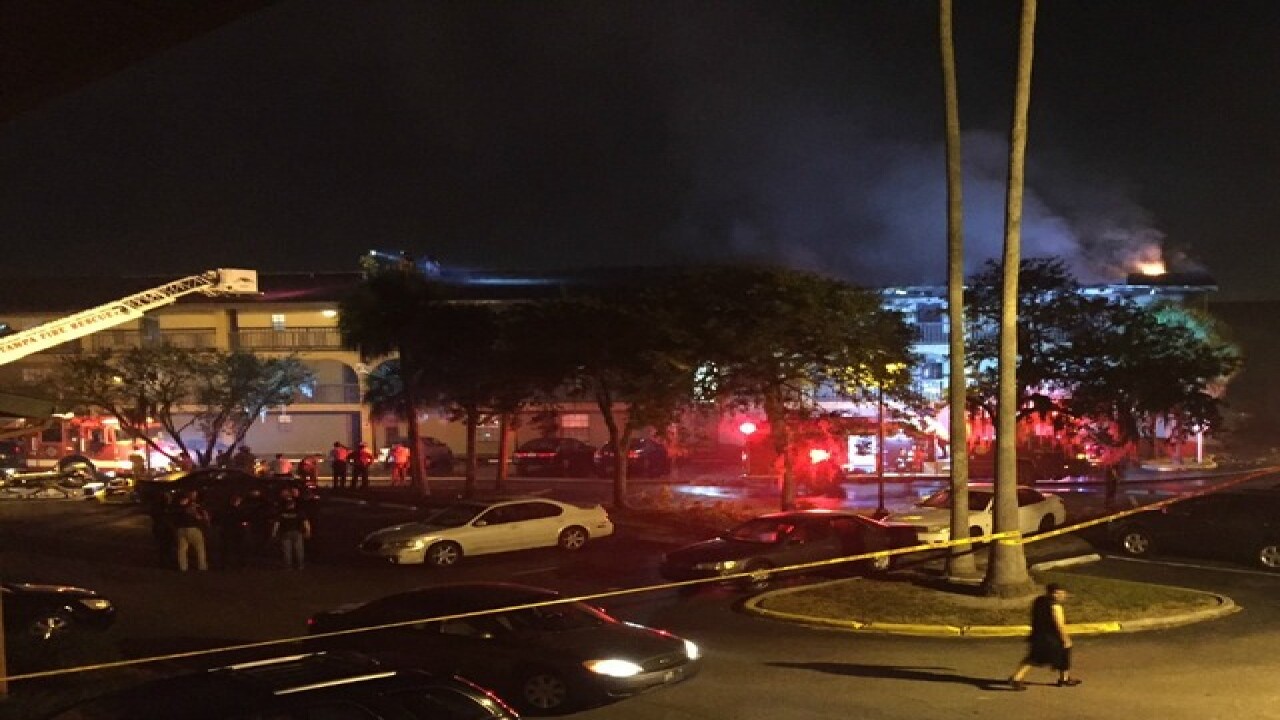 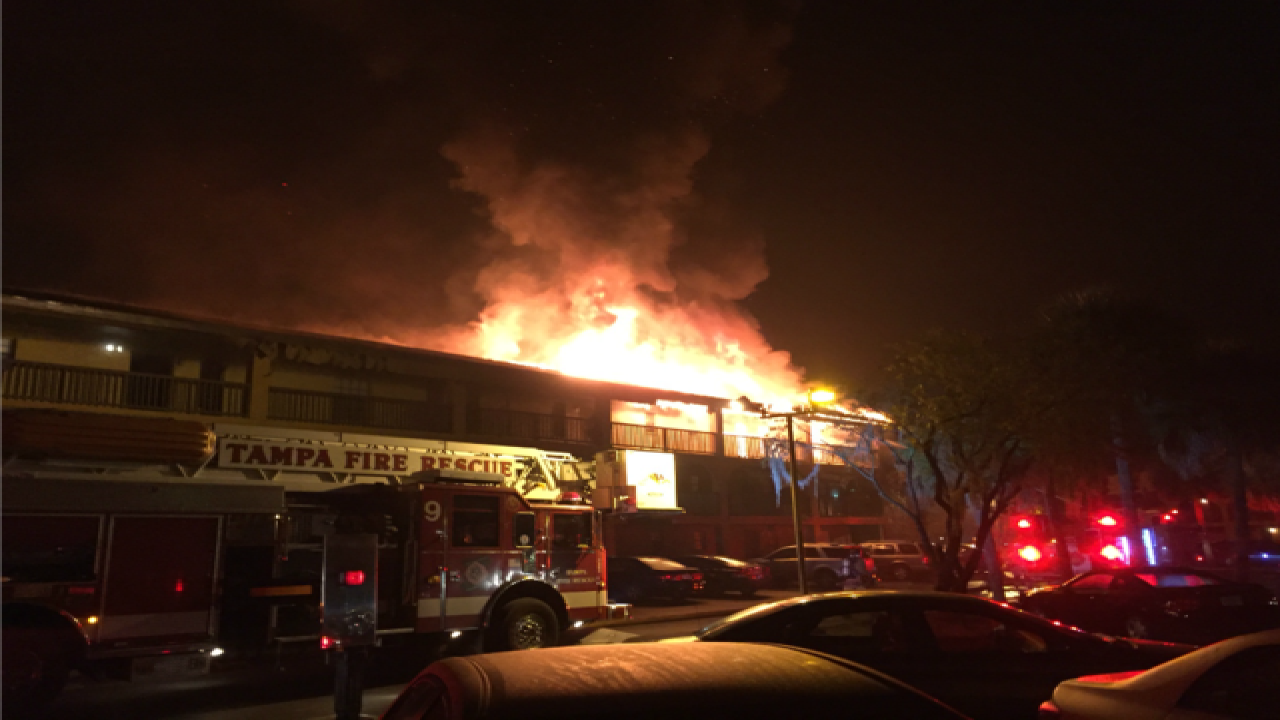 A resident and a firefighter were hurt in a 3-alarm fire at Waterman's Crossing apartments in Tampa early New Year's Day.

The resident was taken to the hospital, and the firefighter was treated at the scene for heat-related issues.

Dozens of residents were evacuated before fire crews began to attack the fire.  It was an hour before crews had it under control.

More than 50 personnel and 15 apparatus were on scene for the 3-alarm fire, and firefighters were able to contain the fire to the building of origin and no surrounded buildings required evacuation.

Red Cross was notified to assist any displaced residents.

Investigators from the Fire Marshal's office are on scene to determine the cause and the source of the fire.

This story is developing, and will be updated. Refresh your browser for the latest.