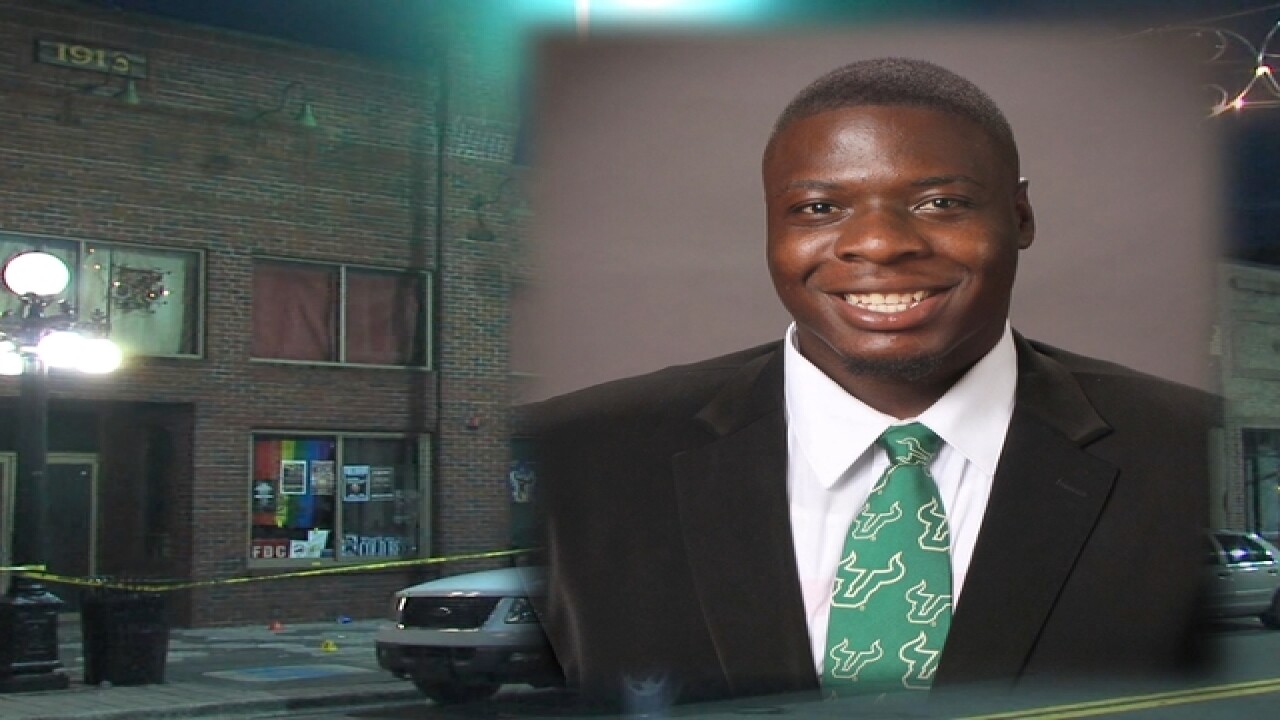 A total $200,000 bond was set for Randolph Graham, accused in the murder of former USF football player Elkino Watkins.

According to police, a lawyer for Randolph Graham called police Wednesday.

The judge set bond at $125,000 for the murder charge, and an additional $75,000 bond for the attempted murder charge. The state recommended a total $400,000 bond, but the judge seemed to be lenient, despite the suspect's previous criminal record, because Graham had voluntarily turned himself in to Tampa Police days after the stabbing.

Earlier this week police released surveillance photos of the suspect.

Police said the incident stemmed from a heated argument that started at the Orpheum Bar in Ybor and continued outside.

Investigators say Graham pulled out a knife and stabbed Watson several times then ran from the scene.

The USF football team will wear special stickers on their helmets when they play this weekend to honor his life, says team coach Willie Taggart.