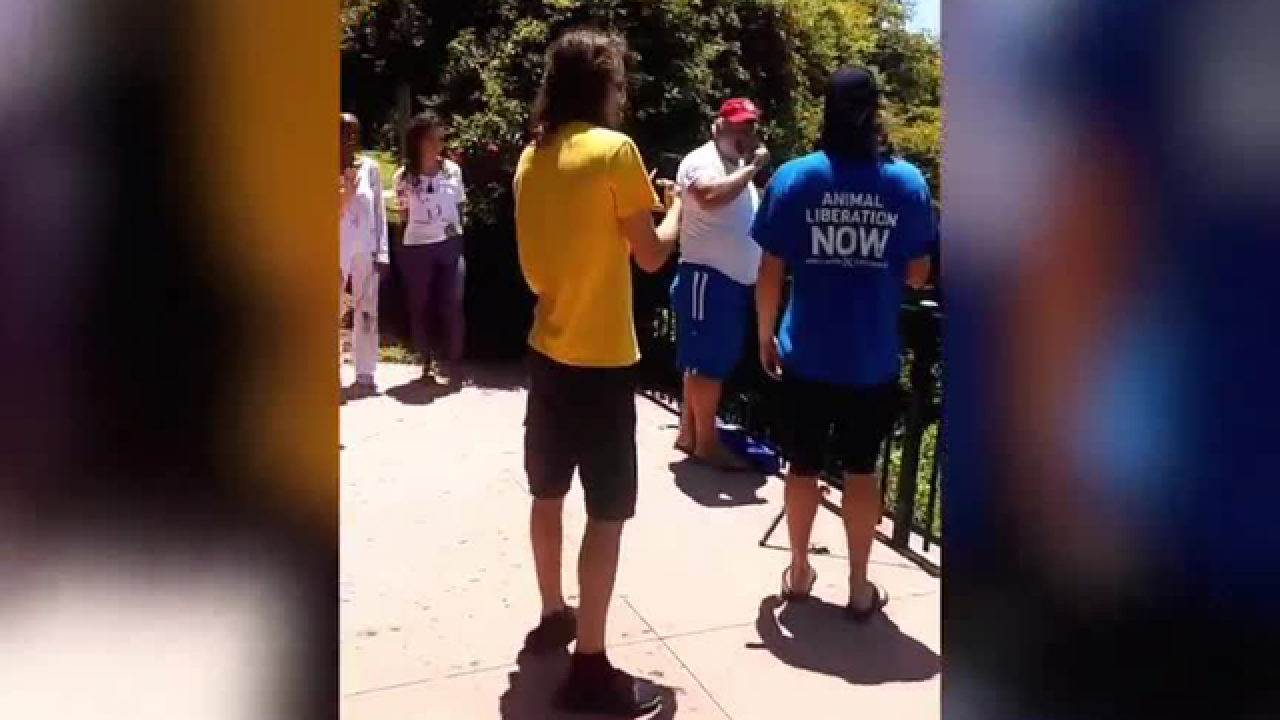 A St. Petersburg father is upset after he says his family was harassed by a group of animal rights protesters while fishing.

Bob Hope tells ABC Action News he was with his family at Crescent Lake Park, fishing for their dinner, when a group of individuals approached them at about fishing and how wrong they think it is to keep fish after catching them.

Hope said at first a boy around eight-years-old approached him, "he came up to us and said you know fish feel pain and you're hurting that fish."

After that Hope said a group of half a dozen protestors came from around the corner, grabbed the fish they caught and threw it back in the water.

"That's when I decided I didn't want to return any sort of violence with violence," he said.

His mother who was with him captured the incident on her smart phone and Hope posted it to Facebook to get the opinions of his friends.

Watch the full video below:

Police responded to the scene as the protesters, several of the same people involved in a Chick Fil A protest the same day, were getting into their vehicles. They confirmed the group protesting was with an animal liberation organization.

Signs posted at Crescent Lake Park indicate that fishing is permitted for most of the summer months.

No arrests were made.

The St. Petersburg Police Department released the following statement regarding the incident:

"When the officer arrived, the protesters were already getting in their cars. The primary concern for the officer was to restore the peace and the officer didn’t witness any disorderly conduct or criminal activity. The officer documented the call as well as the names, addresses, and auto tag numbers of the principal protesters. Whether one agrees with the message or not, any group has a right to free speech in a public park. The officer acted appropriately under the circumstances."