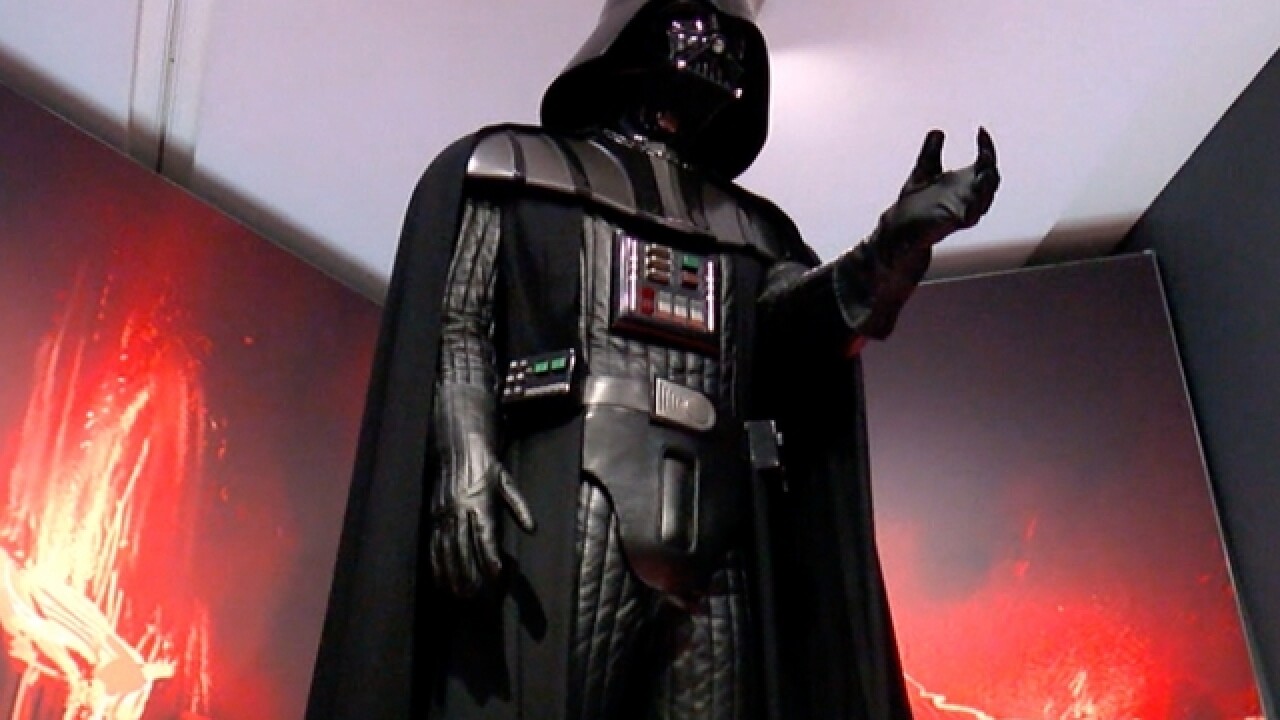 ST. PETERSBURG, Fla. -- Are you ready for the art of Darth? The beauty of BB-8? The origins of Chewbacca?

Star Wars and the Power of Costume, a spectacular traveling exhibit by the Smithsonian Institution is making its only Florida stop at the Museum of Fine Arts in downtown St. Petersburg's bustling Beach Drive.

The exhibit opens for a special members-only Cantina Cocktail Party on Friday night. Museum members can view the costumes Saturday and Sunday before it opens to the general public on Monday, November 13.

You do not have to be a 'Star Wars' fanatic to enjoy the exhibit. Anyone into design, art, painting and fashion will also geek out over the intricate costumes, concept drawings and movie storyboards on display.

Kids are going to have a blast(er), too. There are life-size critters and creatures all over the themed-out place, all in original costumes used in the movies. Plus, there are fun little buttons to push to make Chewbacca roar and lightsabers buzz.

Speaking of Han Solo's furry companion, one early idea was to make him a lizardry bat-like creep. There is a wild early rendering in the exhibit to prove that.

Fair warning through. Expect the exhibit to be crowded (think how busy The Art of the Brick exhibit was in Tampa during its final days).

Parking near the museum on Beach Drive is already difficulty. You may want to consider parking at Vinoy Park and making the short walk up or at the Sundial shopping plaza (and then catching 'Star Wars: The Last Jedi' movie at the AMC theater when it opens next month.

The exhibit will remain at the Museum of Fine Arts until April 1, 2018.