For decades, Joe Marks greeted everyone

Joseph Marks would always be holding court at the end of his driveway across the street.

“He was a nice guy, always said hello to everyone,” says Susner. 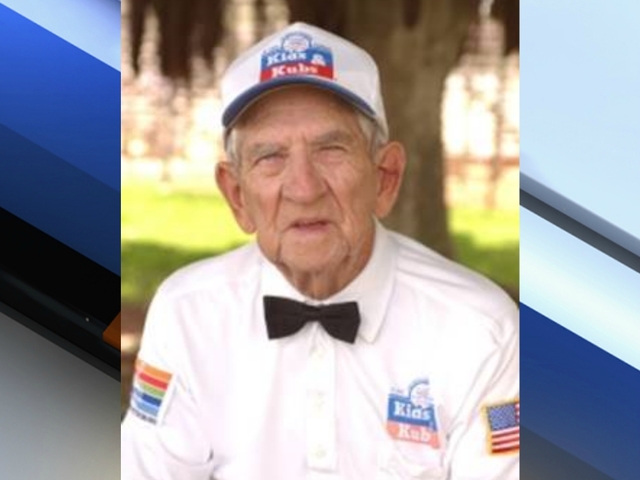 However, Joe was a pillar of stability for decades. A softball player. A churchgoer. A constant friend.

Age finally caught up to the 94-year-old. Marks had grown frail. His daughter recently moved him to Maryland to be closer to family.

Neighbors got a chance to say goodbye and wish him well.

Realtor Peggy Wolfe did not realize just how much Joe meant to the neighborhood until she bought his house.

People constantly wanted to know. Where was Joe? How was Joe?

Wolfe set up an easel with blank pages in front of the house allowing neighbors to write a note to Joe if they liked. She would then send the notes to Joe to let him know people were thinking about him.

And they did write.

Dozens of neighbors wrote messages saying they were thinking about him.

“All of these signatures make me realize how close this neighborhood really is,” says Wolfe, standing next to the easel. “It makes you realize that in today’s world, people really do care about each other.”

Wolfe was ready to send the notes to Joe.

But then, sad news.

“I spoke with Joe’s daughter yesterday and she let me know that he had passed," Wolfe said. "I’m disappointed that I didn’t get these messages to him.”

Looking at all the lovely notes, Peggy realized something that Joe knew all along.

“A neighborhood is made up of the people not the houses," said Wolfe.

She is going to send the messages to Joe’s daughter after all, so his family knows Joe meant a lot to the people he greeted every day.

Joe was much more than just a man sitting at the end of his driveway.

He was their friend.