Someone dies from an opioid overdose every 43 hours in Pinellas Co.

PINELLAS COUNTY, Fla. - It’s killing hundreds of people and tying up the resources you need in an emergency. Startling new numbers show the opioid epidemic is getting worse in Pinellas County.

There isn’t a day Serra doesn’t think about his son. “I watched my beautiful son dissolve in front of our eyes.” 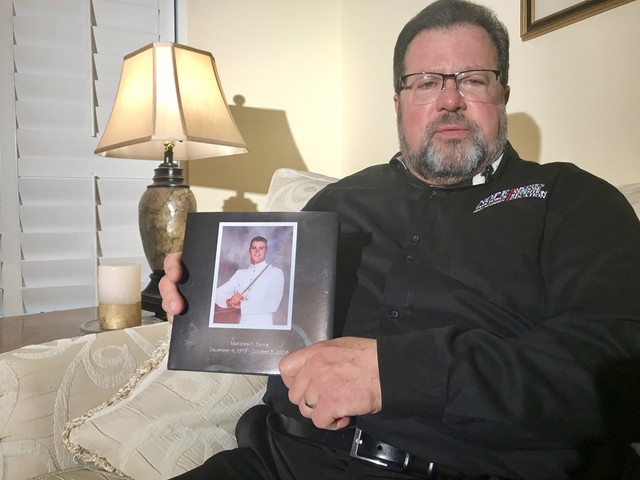 Matt Serra was a star athlete, a college graduate and a young man who got hooked on pain pills after a back injury.

“Our son was swallowed up in the crisis. He died,” Serra said fighting back tears.

Every day since his son’s death, he and his wife have made it their mission to steer others away from opioids. They even started a non-profit called NOPE Pinellas, talking to 200,000 students and 40,000 parents about the dangers of prescription drug abuse.

It’s a growing problem that’s keeping Marvin Coleman busy. He runs one of the biggest opioid treatment centers in Tampa Bay at Operation PAR. “We really need to get a handle on this. some people are comparing this to the crack cocaine epidemic of the 80s; some are saying it is much worse,” he said.

Victims in Pinellas County range from 16 years old to 77. However, the most deaths occurred in men ages 53-57.

The crisis is impacting all of us. Ambulances rushed more than 2,500 people who overdosed on opioids to the hospital last year, tying up the resources your family needs in an emergency.

St. Anthony’s Hospital in St Pete is also a few weeks away from launching a new plan to help. The hospital sees hundreds of overdose patients. Typically, they treat them, release them and sometimes, they end up right back at the hospital.

The new plan will link people coming in for overdoses or being Baker Acted because of addiction problems with treatment programs within 24 hours.