Police: Suspect robbed and beat up 53-year-old woman as she walked home

Police are looking for the man they say robbed and beat a 53-year-old woman as she walked home.

ST. PETERSBURG, Fla. — Police are looking for the man they say robbed and beat a 53-year-old woman as she walked home.

The suspect reportedly grabbed her purse and hit her with a metal object, possibly a pipe, causing serious injury.

Surveillance video shows the woman walking by and the suspect walking by shortly after.

The suspect is described as a black male in his 20s to 30s. He is about 5'10" and weighs about 180 lbs. He may be riding a dark colored mountain bike and wearing a dark UPS NASCAR jacket similar to the one pictured below: 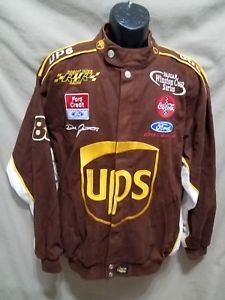 The woman's name is not being released at this time because the suspect is still at large and there is an ongoing investigation.

Anyone having information on this incident or the suspect, please contact the St Petersburg Police Department at 727-893-7780, or text SPPD + your tip to
TIP411 or message the department's Facebook account.