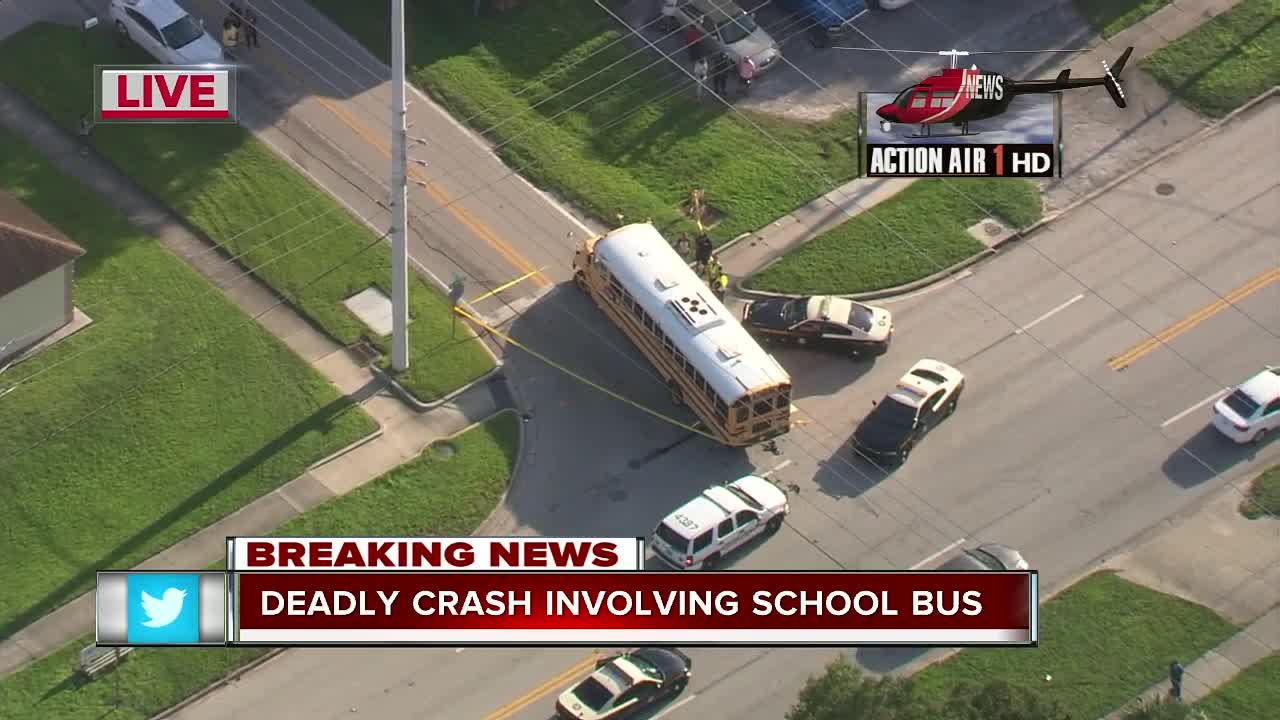 The Florida Highway Patrol is investigating a fatal crash involving a school bus and a motorcycle. 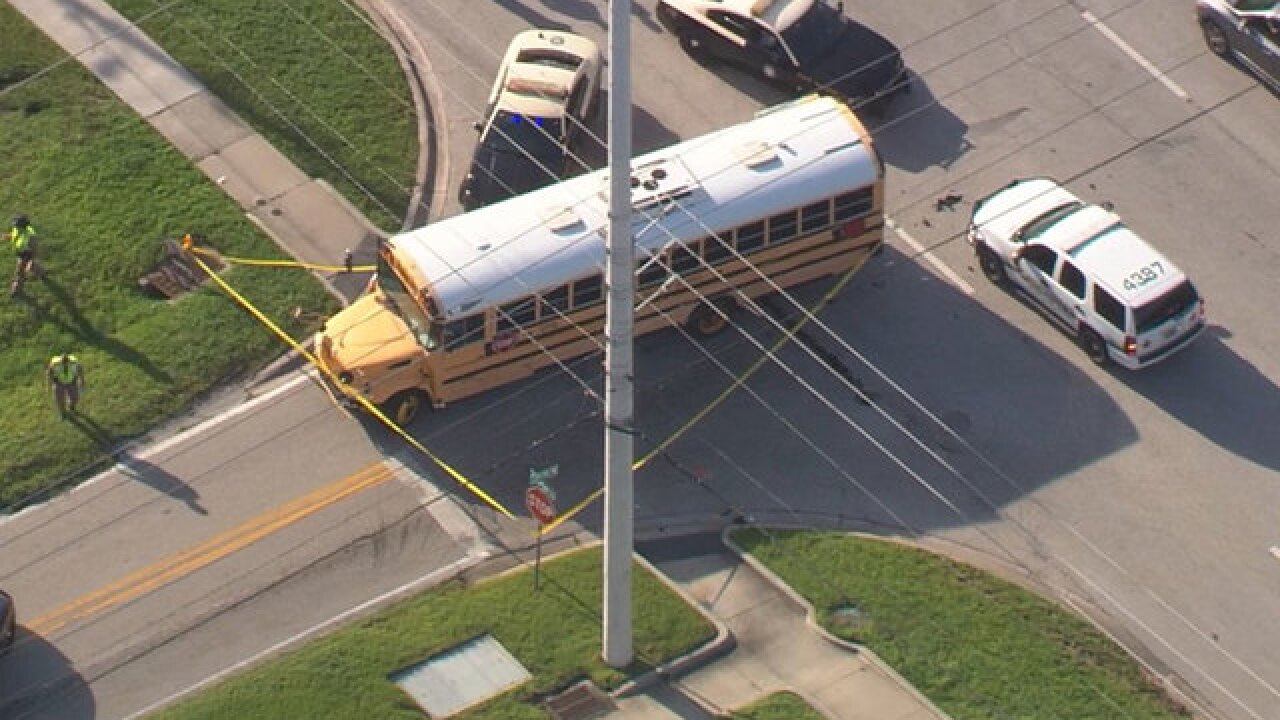 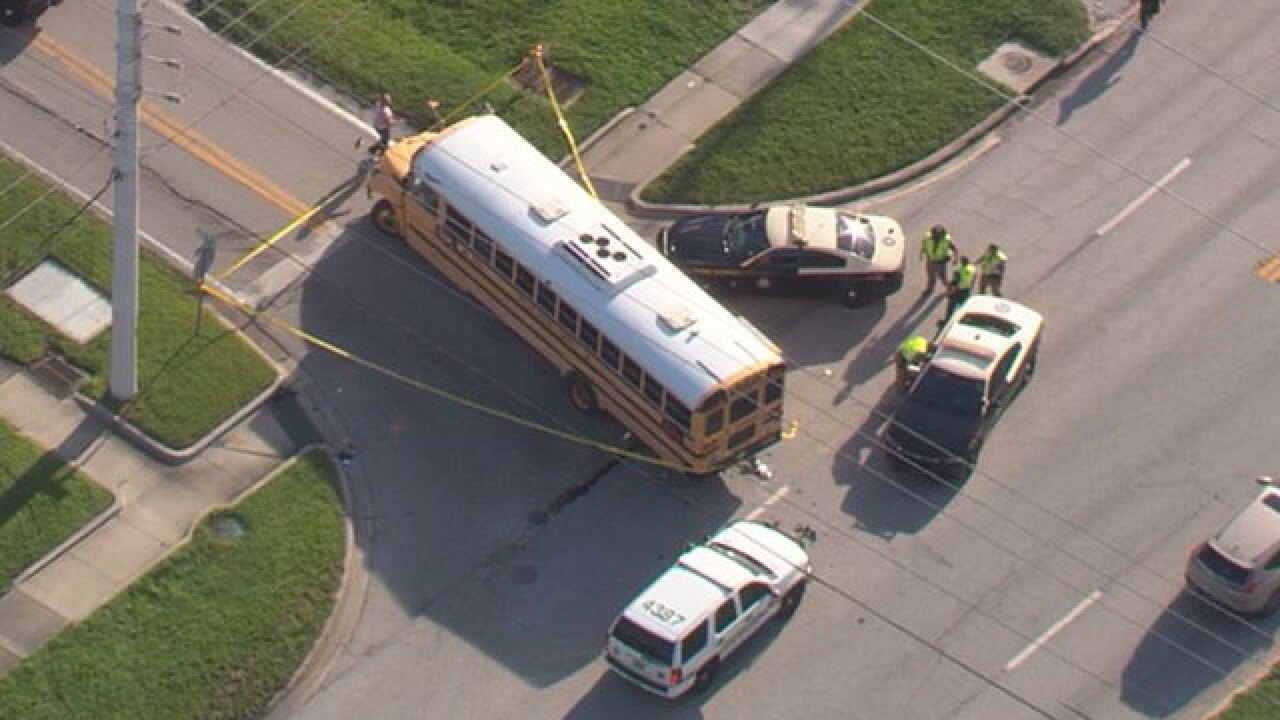 ST. PETERSBURG, Fla. — The Florida Highway Patrol is investigating a fatal crash involving a school bus and a motorcycle.

FHP responded to the intersection of 62nd Avenue North and 28th Street North in St. Petersburg just before 5 p.m. Tuesday.

No injuries have been reported to any children aboard the bus, according to FHP. The school bus involved was transporting four students who attend Nina Harris School, a school for students with special needs located in Pinellas Park.

Echemen was pronounced dead at the scene.

FHP says that charges are pending against the bus driver.