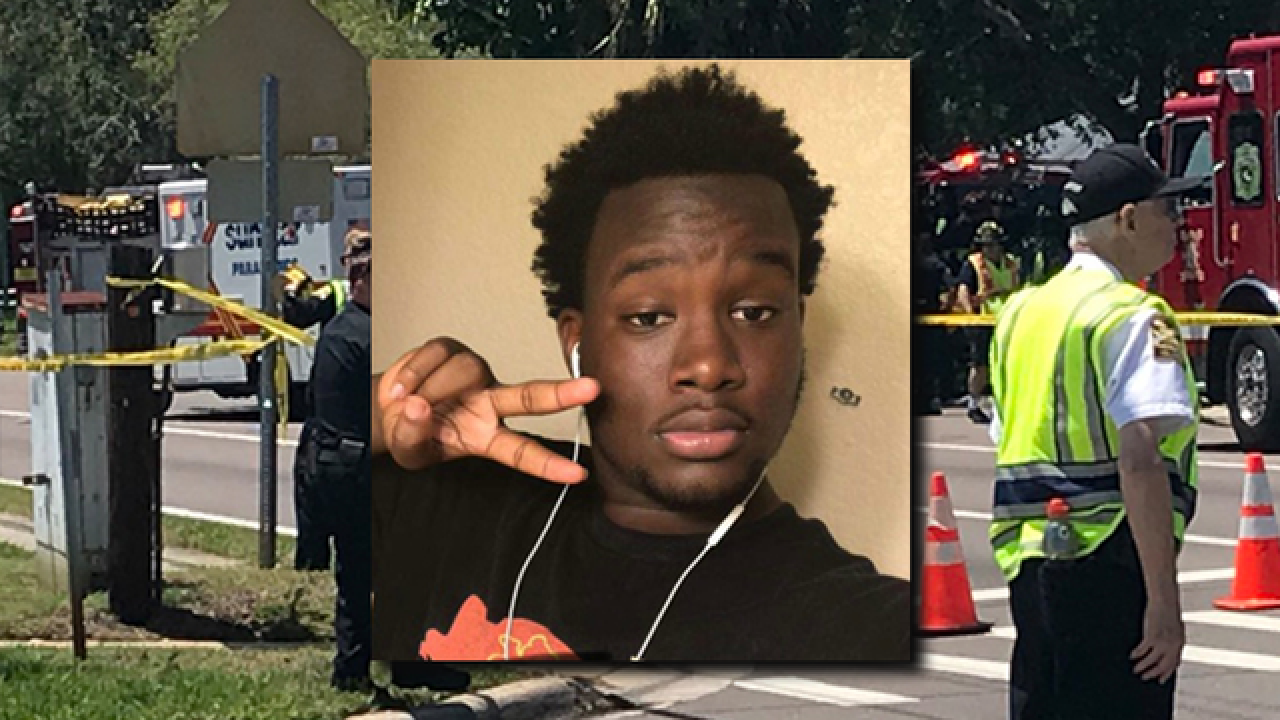 ST. PETERSBURG, Fla. — A high school community is mourning after a crash in St. Petersburg claimed the life of a local teenager, set to graduate in just three weeks.

Three seniors from Lakewood High School were in the car when police say the driver, 18-year-old Bryson Welton-Williams, lost control of the car and slammed into a tree in the median of 54th Avenue South.

Welton-Williams was pronounced dead at the scene. Two other passengers, Trey Lattimore and Joshua Heath, survived.

"The way the car was wrapped around the tree, it's just terrible," said Frank Lattimore. "I couldn't believe anyone could survive that crash."

Lattimore told ABC Action News, he has a lot to be thankful for. His son, Trey, is back home from the hospital with only minor scratches and scars.

He knows another family isn't as lucky.

"We thankful that our son did make it home today and our heart is still broken though, it's still broken," said Lattimore.

A memorial at the crash site continues to grow, with fellow students and friends stopping by Tuesday night to add candles and flowers.

Many are in disbelief over the loss.

"I was just seeing him today and now this," said Lakewood High sophomore Bruce Lovett. "If you was down, he'd pick you up because he would just start making jokes."

Heath is reportedly still recovering in the hospital.

As for Lattimore, he says he knows exactly why his son was lucky enough to escape with only minor injuries.

"Yes, a seat belt did save my son's life today," said Lattimore. "And like I said, I stress this out to all the young kids, please put on your seat belt. It saves lives."

According to Lattimore, the car involved in Tuesday's deadly crash was an early graduation present to his son, Trey.