ST. PETERSBURG, Fla. — A St. Petersburg man has been arrested after he was seen driving recklessly and ultimately crashed his car into a St. Petersburg home while trying to elude police early Thursday.

At approximately 2:30 a.m. on Thursday, a deputy attempted to stop the Acura in the area of 54th Avenue North and 71st Street North.

Amons attempted to elude police to avoid the traffic stop and turned off the headlights of the car.

Officers did not engage the Acura in a pursuit. Instead, undercover units from Pinellas County and St. Petersburg responded to the area to look for the car.

At approximately 2:52 a.m., the officer who first spotted the car noticed it had crashed into the side of a home located at 5301 10th Street North. 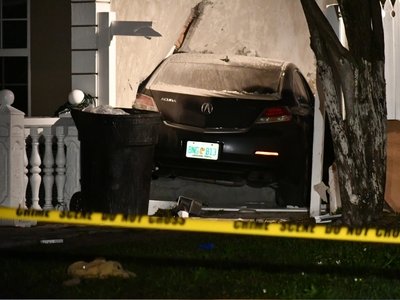 The car crashed into the bedroom of the home, ending up less than five feet from where people were sleeping in a bed. Debris from the crash ended up falling on the homeowners, but the five occupants in the home did not suffer any injuries. 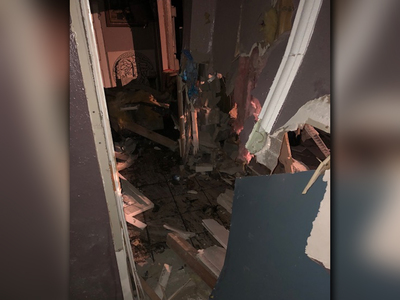 The crash caused significant structure damage to the home.

Paramedics transported the driver to a local hospital and will be transported to the Pinellas County Jail once he is released from the hospital.

Deputies found a significant amount of drugs in the Acura along with a large amount of cash. The St. Petersburg Police Department says additional criminal charges are pending against Amons.