Family members held a funeral Monday for the 36-year-old Lakeland mother who died trying to save her children from a rip current. Her death has now sparked pleas for change from beachgoers who are sharing stories about being swept up in rip currents in the exact same spot near the rock jetty at the southern tip of St. Pete Beach.

PASS-A-GRILLE, Fla. —  Family members held a funeral Monday for the 36-year-old Lakeland mother who died trying to save her children from a rip current.

Her death has now sparked pleas for change from beachgoers who are sharing stories about being swept up in rip currents in the exact same spot near the rock jetty at the southern tip of St. Pete Beach.

Laura Polson knows this spot well, and she’s learned to never underestimate it.

"It's only two feet deep and next thing you know the sand is falling away and you’re in 5 feet over your head,” she explained.

Polson says she's felt the strong pull of the current that has enough strength to knock you off your feet. “The current gets really strong. You can feel it pulling you sideways,” she said.

But Polson and other beachgoers agree — the worst part is that you’d never expect it.

“People they come up here and it’s so shallow and so calm they think their kids are safe, but in a moment, they're being pulled away from shore,” Polson elaborated.

ABC Action News found several posts on social media showing a handful of other swimmers sharing similar experiences of dealing with rip currents in the exact same spot where the channel coincides with the Gulf of Mexico.

Now, they're all begging for change in the wake of Samar Aboukhdair's death. The mother died Sunday morning after trying desperately to rescue her kids from rip currents. Good Samaritans and paramedics were able to pull all the kids to shore but the mother was rushed to the hospital and died the following morning. 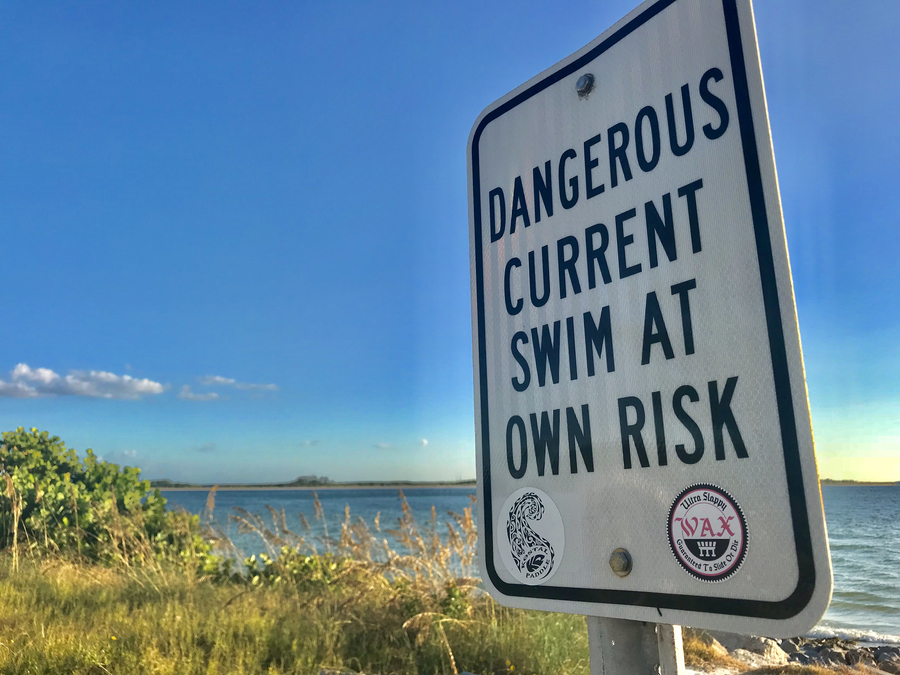 There is only one sign posted warning of the dangers of rip currents. Beachgoers say there needs to be more.

St. Pete Beach Mayor Al Johnson says it's a change the city is now looking into, including adding more signs and making them bigger and bolder so they are less likely to be missed.

Good Samaritan Scott Cooper also wants the city to add rescue equipment, including a lifeguard ring, to the pier on top of the rock jetty. Cooper was fishing on top of the jetty Saturday when he heard screaming.

“I just jumped over the side of the pier and grabbed the little boy and then I saw the little girl next to him and grabbed her too. I helped them both back up onto the pier," he said, calling it among the scariest moments of his life.

Even Cooper, who has taken water rescue courses and is an avid swimmer, says the currents were so strong that he could hardly fight their pull.

"It was bad! I didn’t realize how strong the current was when I went in there," he explained.

Family of Samar Aboukhdair tell ABC Action News she was a devoted mother who would do anything for her kids and wouldn’t think twice about putting her life on the line to save them.

St. Pete Beach leaders did not say when they will install additional signage warning of the rip currents but said they are now seriously considering changes in the wake of Aboukhdair's death and the rescue of her children.