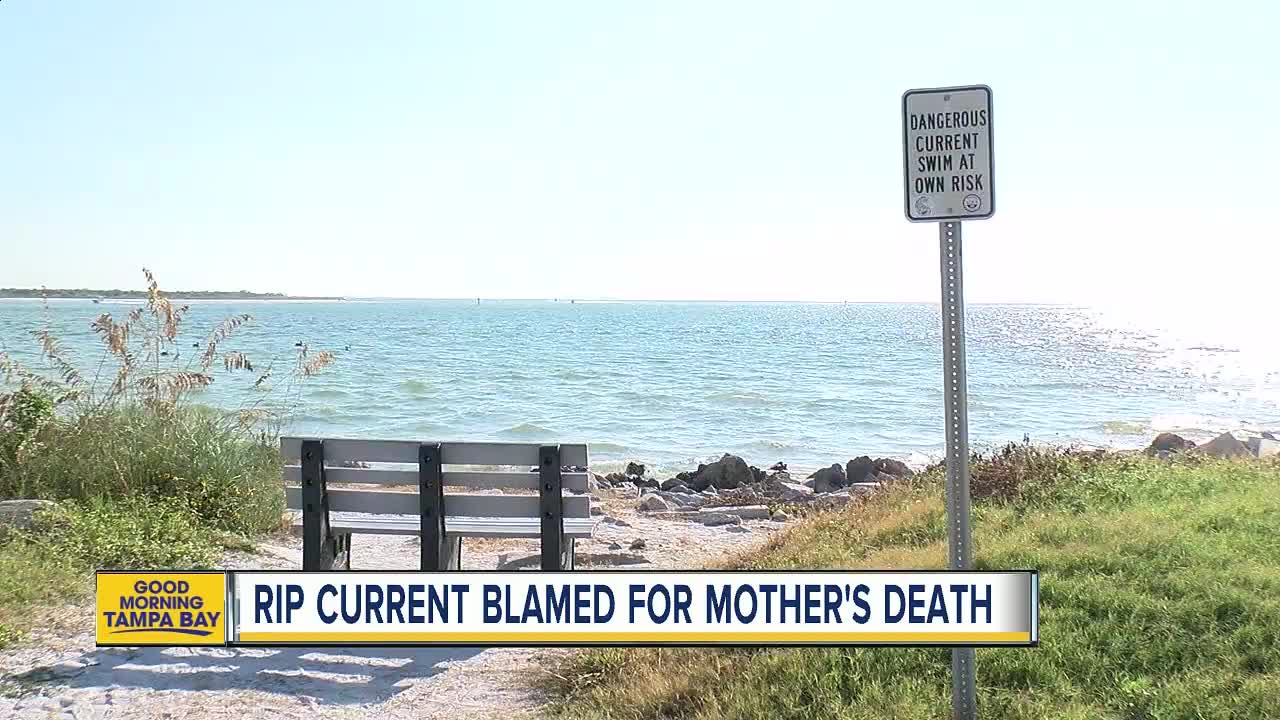 A mother dies after trying to save her children caught in a rip current at Pass-A-Grille beach. 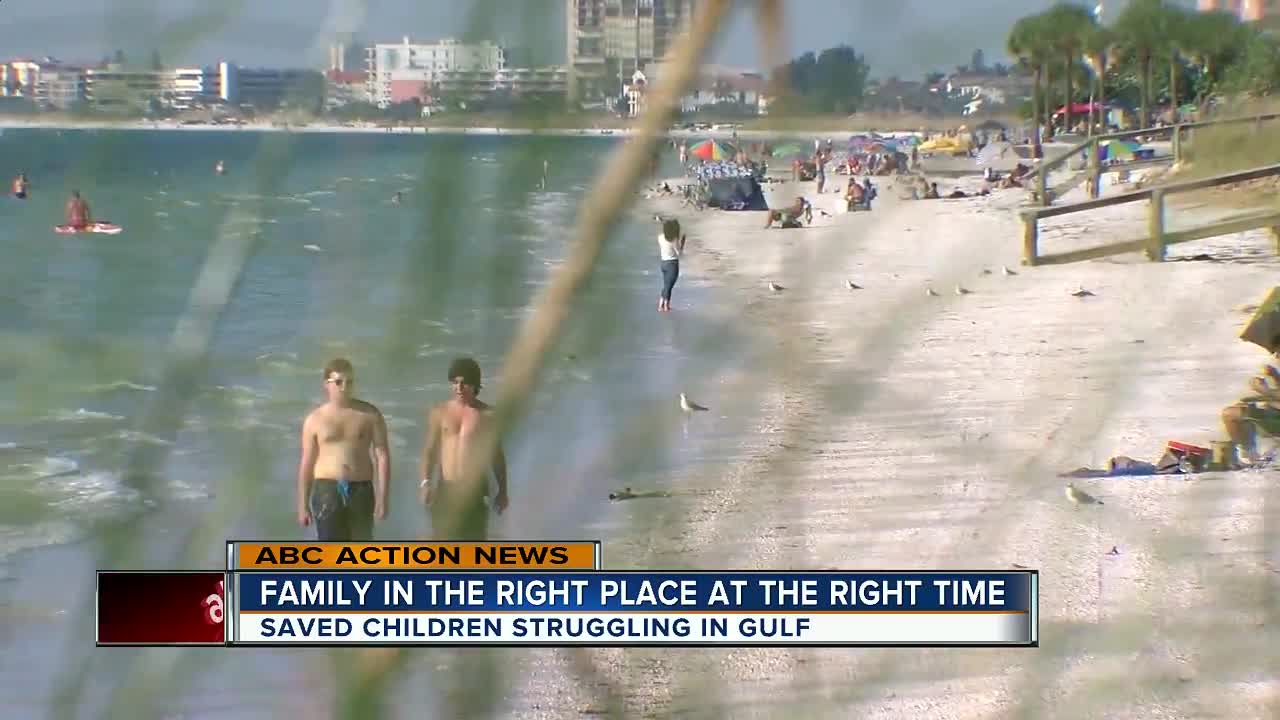 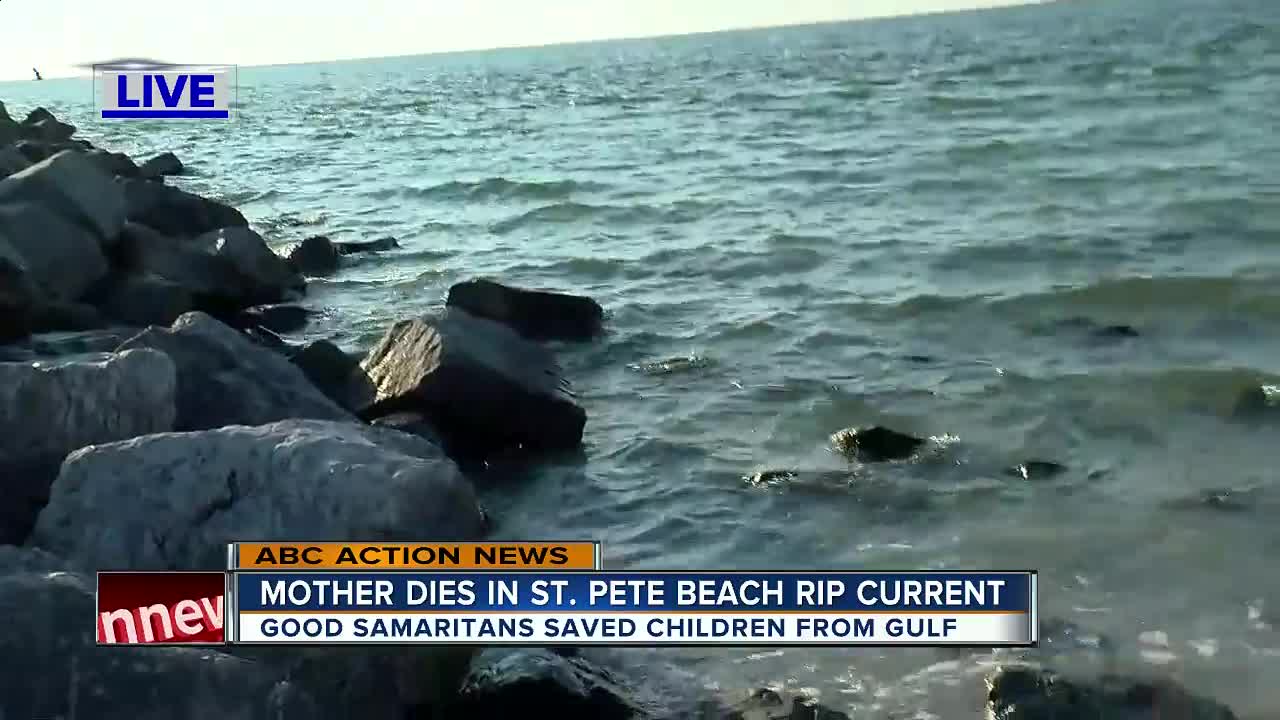 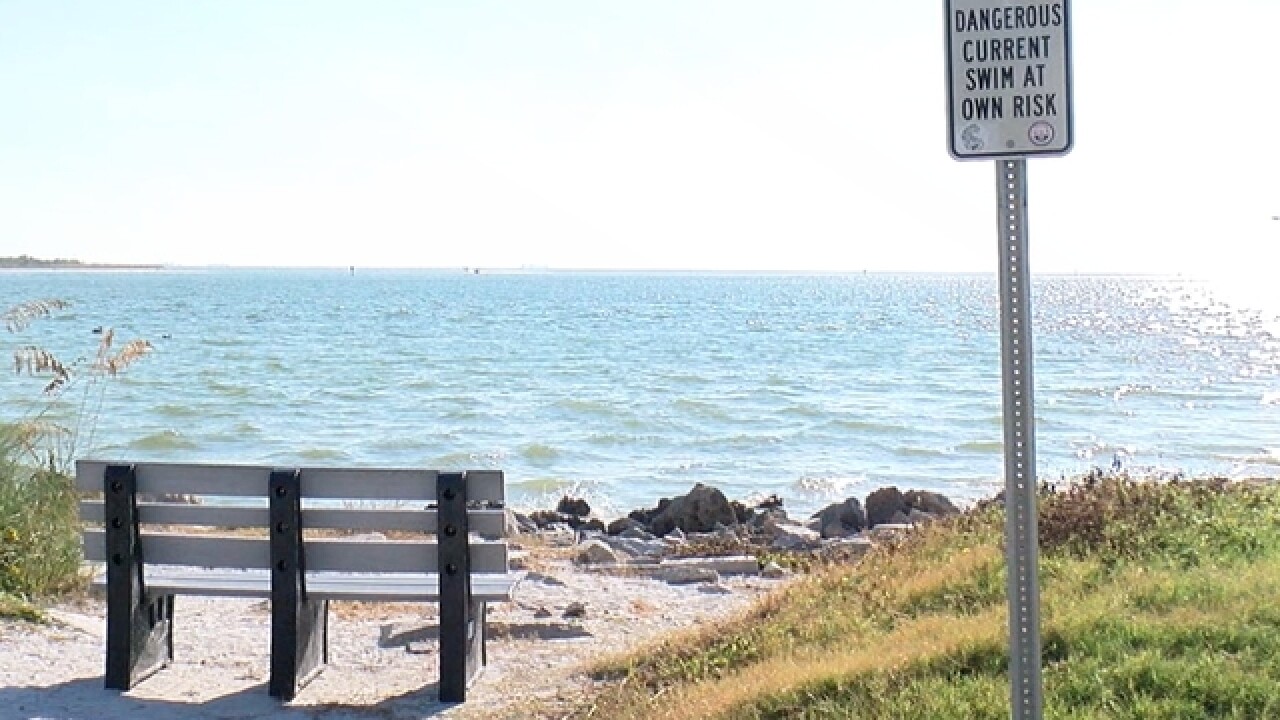 PASS-A-GRILLE, Fla. — A mother died after trying to save her children caught in a rip current at Pass-A-Grille beach over the weekend.

Near the southwest jetty at the tip of Pass-A-Grille beach is where deputies said six children and a mother got swept out and caught in a deadly rip current.

Richard and Linda Grandy said they were at the beach on Saturday because they found seven fish bones that looked like crucifixes along the beach on Friday and came back to the same spot.

"The next day we come to the exact same place where we found the crosses, and there were six kids drowning out here and a mother," said Richard.

Deputies said four kids were swimming and got caught in a rip current. Their mother, 36-year-old Samar Aboukhdair, and two other children went into the water to help and also got caught in the current.

"My brain shut off and my heart kicked in. There was nothing to think about. I had to get these kids out of the water, they were not going to die in front of me," said Richard.

Richard was able to help pull two children from the water while Linda coached the ones still in the water on what to do.

"Basically, all I could do for the rest of the people that were in the water was to yell out to them don’t fight the current, don’t panic, turn over on your back and let the current take you," said Linda.

A few others helped too until rescuers arrived. Aboukhdair was taken to the hospital but later passed away.

"I feel so bad and I feel so sorry for those children and I’ve been wondering what I could’ve done differently that would’ve helped save their mother I’m just completely heartbroken," said Linda.

But Richard and Linda feel it was no accident that they were in the right place at the right time to help.

"We just feel that somehow spiritually, God urged us to make the trip down here yesterday," said Linda.

People who live in the area said the current near the jetty is always extremely strong and they wish there was more signage to warn people about it.