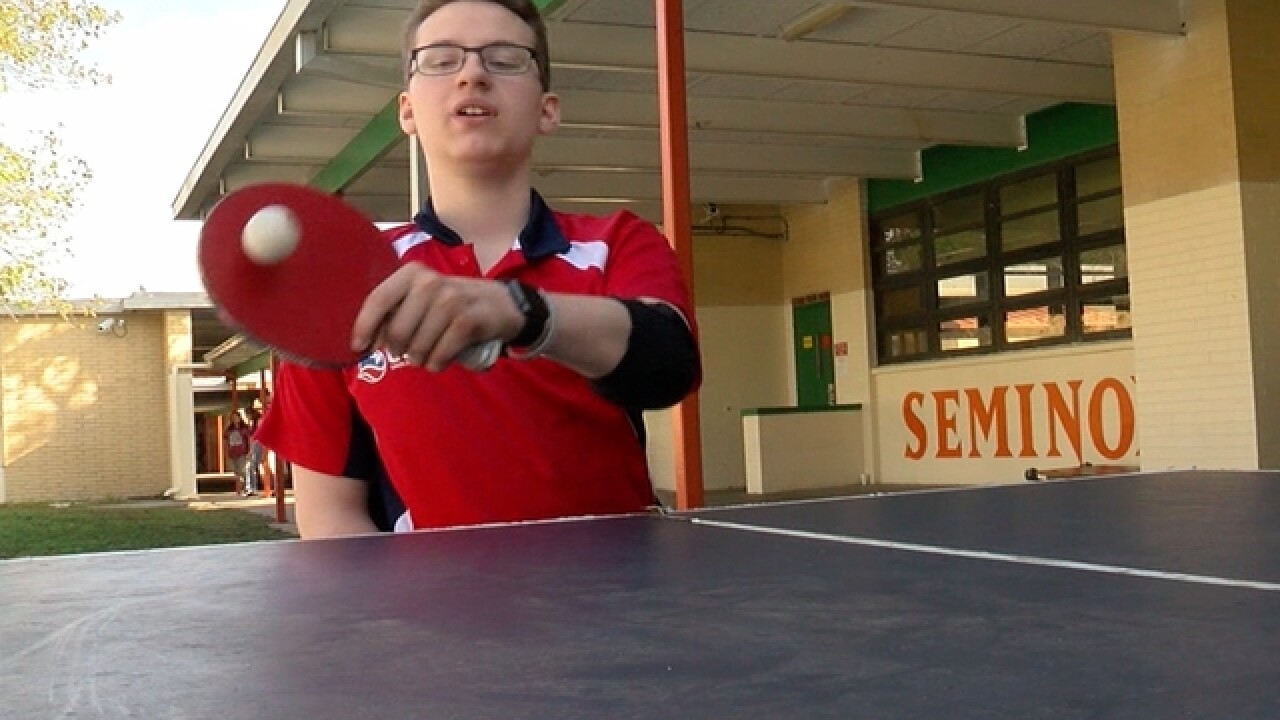 SEMINOLE, Fla. -- Seminole High School senior Jenson Van Emburgh is really, really good at table tennis. Like 41st in the world good. He is a member of the 2017 US Para Junior National Table Tennis Team .

Emburgh was paralyzed during birth, had spinal fusion surgery last year and is confined to a wheelchair. He lives with 33 screws and 2 metal rods in his spine.

Emburgh's disability isn't stopping him from going for a gold medal in the Paralympics someday. The 17-year-old is well on his way. He just returned from an international tournament in the Czech Republic where he won the bronze medal.

A few days after Thanksgiving, Emburgh will fly to Costa Rica for another Para Table Tennis tournament. From there he hopes to go on to the World Championships and eventually the  2020 Paralympics in Toyko.

Emburgh's coach, Gary Fraiman, says the teen has the skills (quick hands and a lethal backhand) and something special that can’t be taught.

“He’s a fighter. He doesn’t give up." said Fraiman. "He has a big heart, no fear, and he really wants to become the best in the world.”

“I don’t give up,” says Jenson, who is paralyzed from the waist down and has no stomach muscles. “But I do get fired up and a bit angry sometimes.”

“Ping-pong is what you play in your garage or basement."

In order to get noticed by the U.S. Para Table Tennis team, Jenson had to beat “able” players or as he calls them, “the standing.” But he beat “the standing” like he beats the odds.

“The standing hit it as hard as they can at me which I’m very used to so I just block it back and they don’t think I’m going to make it,” said Emburgh.

Jenson must pay a lot of the travel and tournament expenses himself. If you can help contribute to his chase of the gold medal, visit:  www.gofundme.com/jensonvanemburgh2020 .