Shooter chased victim into street and shot her

PINELLAS PARK, Fla. — Caroline Morton-Hicks played in numerous bands across Pinellas County. On Tuesday, less than 24 hours after she was gunned down following an orchestra rehearsal at the Pinellas Park Performing Arts Center former musicians she used to play with learned of her tragic death. 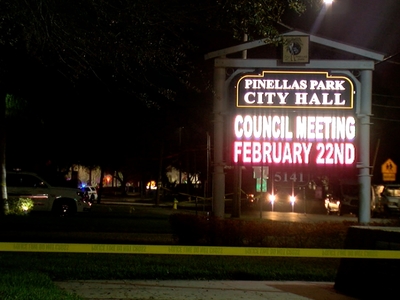 "She had her usually great sense of humor and it was obvious throughout the evening and there was no sign of any issues," Gary Williams said.

Williams walked out of the performing arts center with Hicks about an hour before she was shot and killed. He didn't know anything happened to her until Tuesday afternoon. He said a detective with Pinellas Park Police called and asked if he was the man on surveillance video walking out with her.

"She asked me a series of questions, cause she had footage of me walking out with Caroline," Williams said.  "So, she asked me what her frame of mind was, what we were talking about, what we’d been doing and asked whether or not I sensed she had any problems or concerns and I said 'no.'"

Williams played trombone with Hicks for three years. He said she often recruited him to fill in for her and she loved playing duets with Williams.

"She had a great sense of humor and she spent most of her time playing music or kayaking and she was a real people person," Williams said. "She was just a great friend."

Officers responded to shots fired just before 10:00 p.m. in the 5100 block of 78th Avenue and found the Hicks in the street.

Police said witnesses told them Hicks was involved in an altercation in the parking lot with an unknown person. At some point, Hicks ran, the shooter chased her and opened fire. Hicks was pronounced dead in the street in front of City Hall.

"Caroline would always be laughing and smiling so that is the picture I am going to remember in my head," said Stephen P. Brown who is the conductor for the Dunedin Concert Band. He played music with Hicks for several years. At a rehearsal for an upcoming concert Brown broke the terrible news to a shocked group of Hicks' friends and fellow musicians. 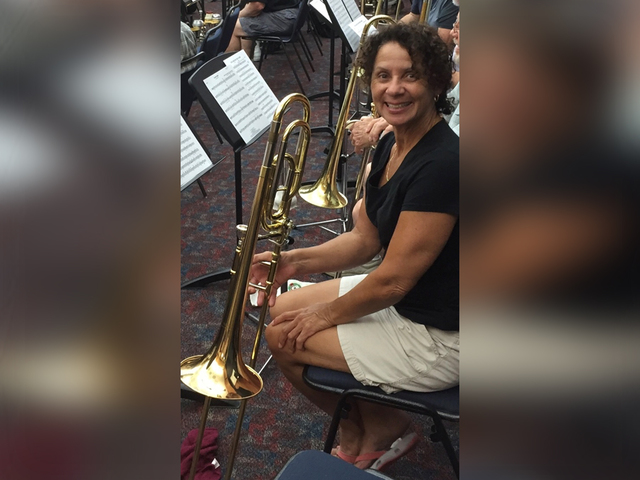 "It is very disappointing and upsetting of course," Brown said. "She did this (music) because she loved it and now it’s been taken away. We want to know what was that person doing there? Were they involved with do they know Caroline? Was it a complete stranger? Was it someone who wanted her instrument to sell for whatever reason? We just don’t know."

Officers do not believe the public is in danger and think the shooting is an isolated incident because it occurred in a high-profile area not known for violent crime.

There was no concert or event being held at the performing arts center at the time of the murder. Police said there are some small community gatherings there for different things from time to time.

Homicide detectives are trying to determine a motive for the shooting and are speaking with witnesses who heard Hicks yelling just before the shooting. Police are also checking to see if any surveillance cameras captured the shooting.