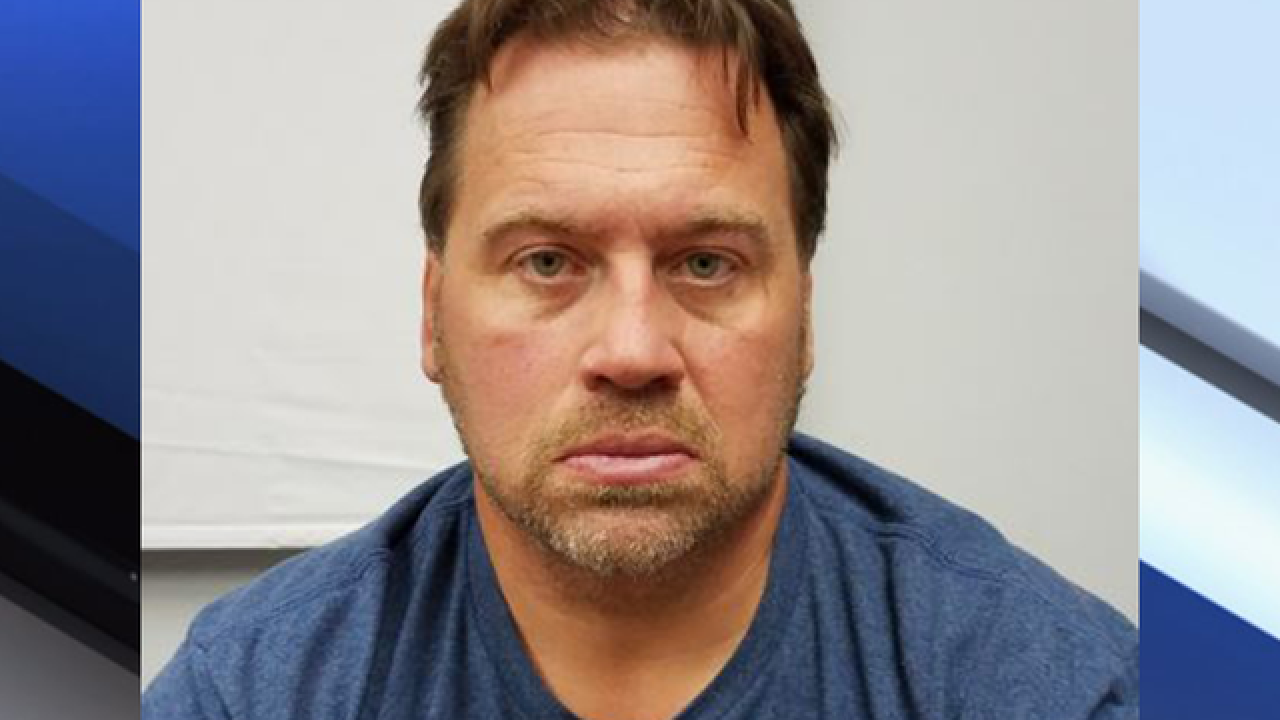 PINELLAS PARK, Fla. — Pinellas Park Detectives have arrested a maintenance worker for video voyeurism after they say he placed video recording devices above the ceiling tiles inside two women's restrooms.

John Gibbs, 49, of Largo, was arrested on Thursday evening and charged with 14 counts of Video Voyeurism.

Detectives say the investigation began on March 2 when Pinellas Park Police were called to an office building located at 12360 66th Street North after a female employee noticed footprints on top of the back of the toilet in the women's restroom inside the building.

Michael Ford, who works at Armstrong EZ Shop inside the office building says he was shocked to hear about the cameras. “They were overlooking the top of the toilet," Ford said. “It is a disgusting act against people’s privacy and safety.”

The thought of it makes Janet Green, an acupuncture customer at the center, sick to her stomach. “I thought oh my god I don’t believe it! It's so creepy!" she exclaimed.

Ford says he was even more stunned to hear the building's own maintenance man could be responsible for putting up the hidden cameras. “I’ll be honest. He seemed like a decent fella. Very happy going. He worked hard for the businesses in here it was really a shock that it was him," he said.

Gibbs faced a judge Friday, and the judge said he found probable cause for 9 counts of video voyeurism.

If he bonds out of jail, he will be put on house arrest with a GPS monitor on his ankle. Gibbs will also be ordered to stay 500 feet away from the office building on 66th Street.

After conducting a search of the recording devices, detectives observed video images of more than a dozen women and two men who had been recorded using the restroom.

Detectives didn't have trouble finding the suspect. Gibbs was recorded by the cameras when he installed them in the restrooms! Employees identified him as the maintenance worker for the office building.

Over the last several days, detectives worked to identify victims on the videos.

So far, fourteen different victims have been identified. However, several more victims remain unidentified, according to police.

Pinellas Park Police are asking anyone who either works, visited, or been a customer of any of the businesses inside the office building, who thinks they may have been a victim to contact Detectives.

Police say that they believe that Gibbs had been recording such videos since the beginning of February 2018, before being discovered.  Anyone believing they are a victim is asked to contact the Pinellas Park Police Department at 727-369-7864.

The investigation is ongoing as Detectives continue to identify other victims. Additional charges are expected.