Pinellas Paramedic stayed by 3-year-old's side in hospital after near drowning, photo goes viral

3-year-old was saved from near-drowning 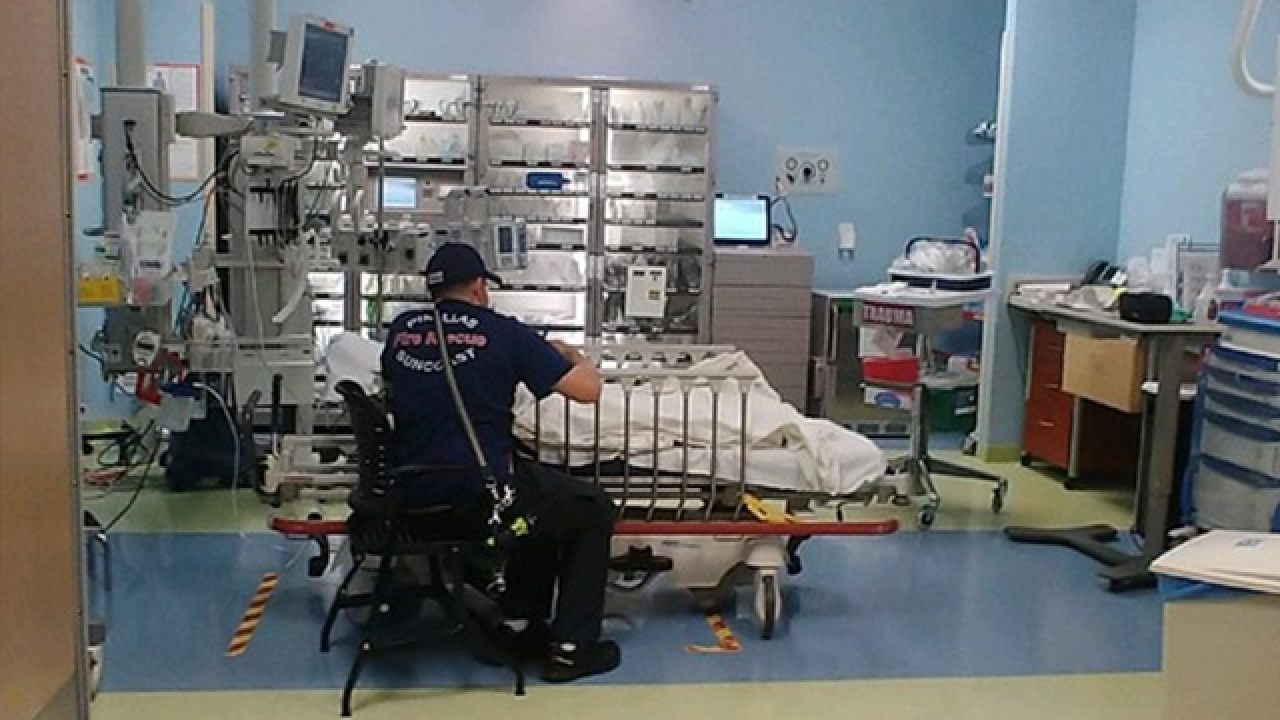 INDIAN ROCKS, Fla. -- A sweet photo of a Pinellas County paramedic looking over a 3-year-old girl after she was saved from a near-drowning incident has been shared nearly two-thousand times on Facebook alone.

The paramedics' heroic actions are getting well-deserved kudos in Pinellas County after The Pinellas Suncoast Fire & Rescue posted a photo of Firefighter-Paramedic Doug Higley waiting for the parents of the 3-year-old girl to arrive at a local emergency room.

The photo shows Higley sitting beside the child as she lay in a hospital bed. Higley tells ABC Action News the child's parents couldn't ride in the ambulance and it took them 30 minutes to arrive to Johns Hopkins All Children's Hospital. Higley kept the little girl calm, safe and entertained until her parents arrived.

Water park staff tell ABC Action News the 3-year-old girl was being watched by her 13-year-old sister. The 13-year-old went to quickly grab something in the condo where their family was staying on vacation. That's when the 3-year-old jumped into the pool.

Sideratos and Hoover were able to revive the little girl who has since made a full recovery.

“It is an amazing outcome for what is all too often a tragic one," fire rescue leaders explained on Facebook.

The near drowning happened on Saturday afternoon around 4:30PM at the Splash Harbour Water Park at 399 2nd Street in Indian Rocks.

People in Tampa Bay are taking time to write comments on the Pinellas Suncoast Fire and Rescue organization’s Facebook page telling the paramedics how much their help is appreciated.