Skydiving Santa crashes into tree while delivering Elf on a Shelf

Copyright 2017 Scripps Media, Inc. All rights reserved. This material may not be published, broadcast, rewritten, or redistributed.
Trujillo, Dan

A skydiving Santa helping make a grand entrance with an Elf on the Shelf crashed while landing in Gulfport over the weekend.

The good news is the man is doing okay, and is trying to have a 'merry' sense of humor about it.

Gerard Krokus, an experienced skydiver, was helping Santa deliver the Elf named Kristoff to a nine-year-old girl while flying in toys to the Beach Bums Operation Santa Charity Volleyball Tournament on Saturday.

In the video you can see Krokus with a parachute above him coming in to deliver the toys, before his speed picks up and he crashes into a tree and a light pole near the sand volleyball courts.

We're told Krokus has been in good spirits -- even asking for someone to take a picture of him in his Santa suite with a smile on his face to let everyone know he's okay.

Krokus was taken to Bayfront hospital where he is undergoing surgeries for a broken leg.

In a letter to the nine-year-old girl, Kristoff wrote about his adventures with his friend "G". 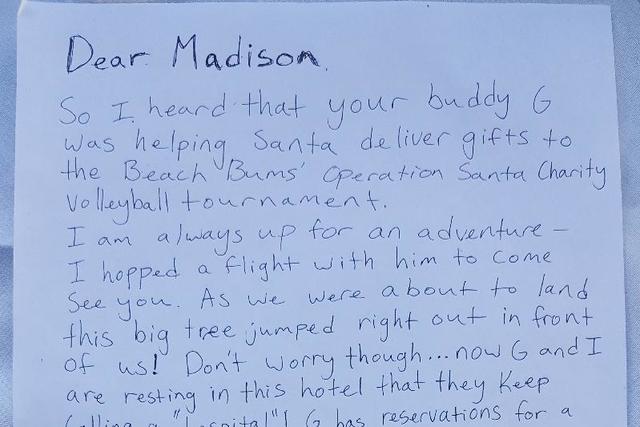 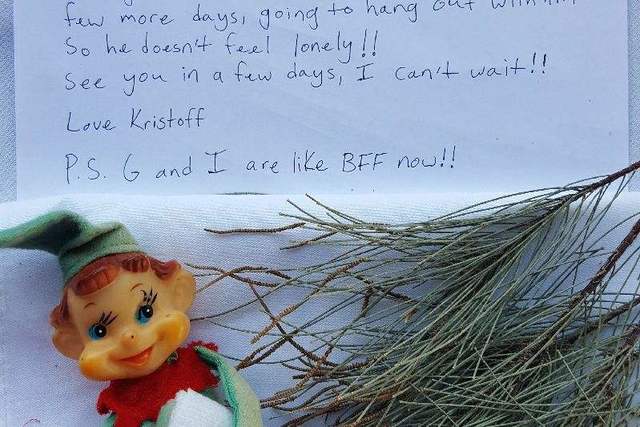 "Don't worry," it said, "now G and I are resting in this hotel that they keep calling a "hospital!"

Kristoff had his leg bandaged too and will stay in the hospital with Krokus until he is released.

Friends have set up a fundraiser to help Krokus with his unintended medical bills.