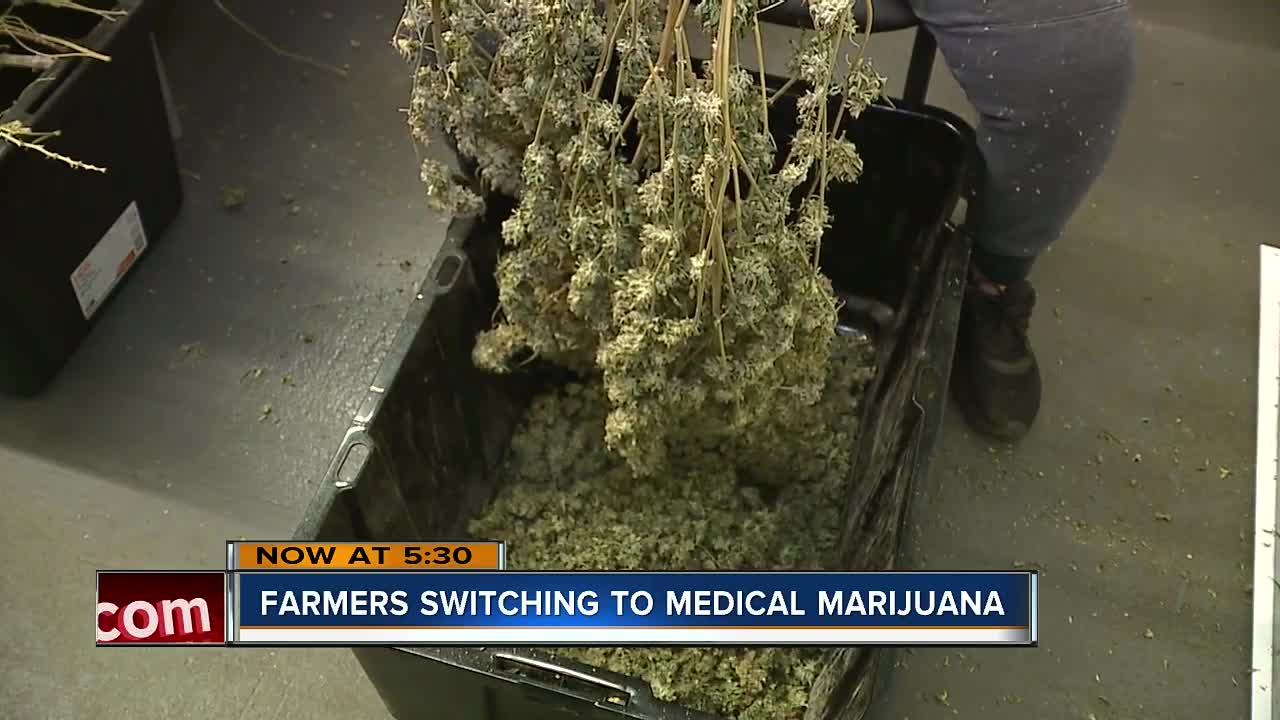 Florida farmers are trading in traditional crops for medical marijuana in the hopes of making more money. 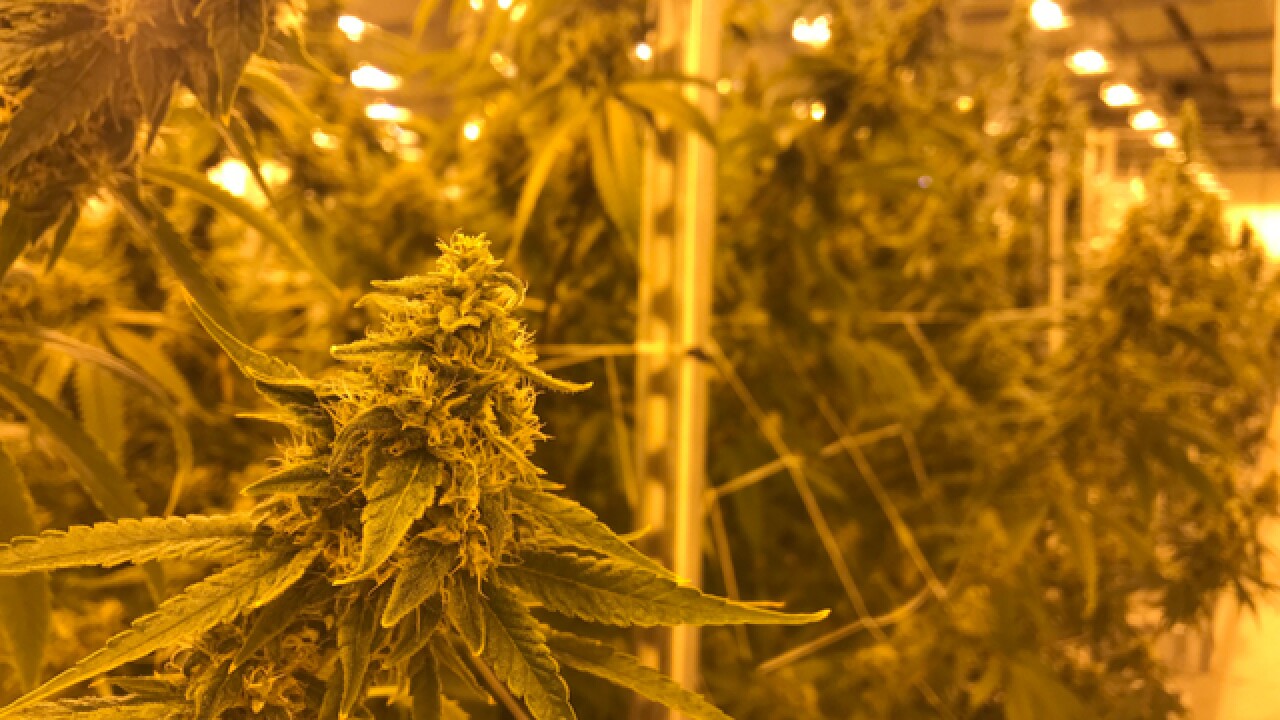 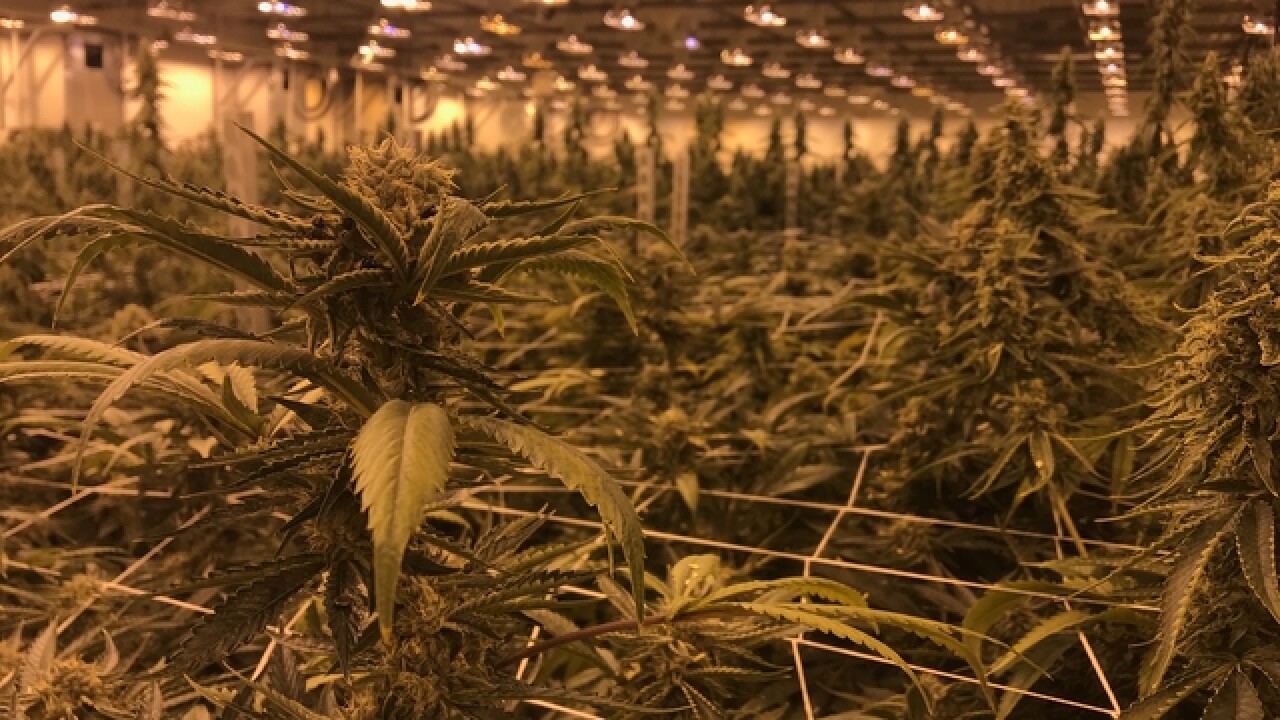 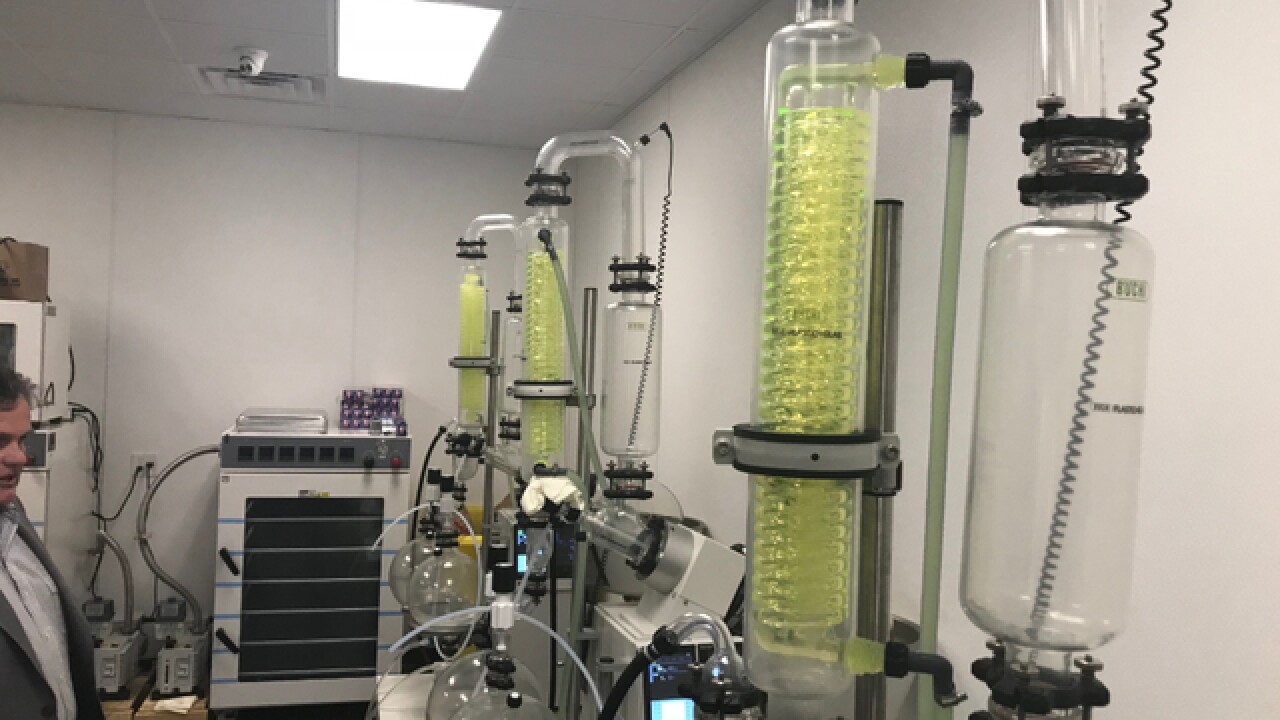 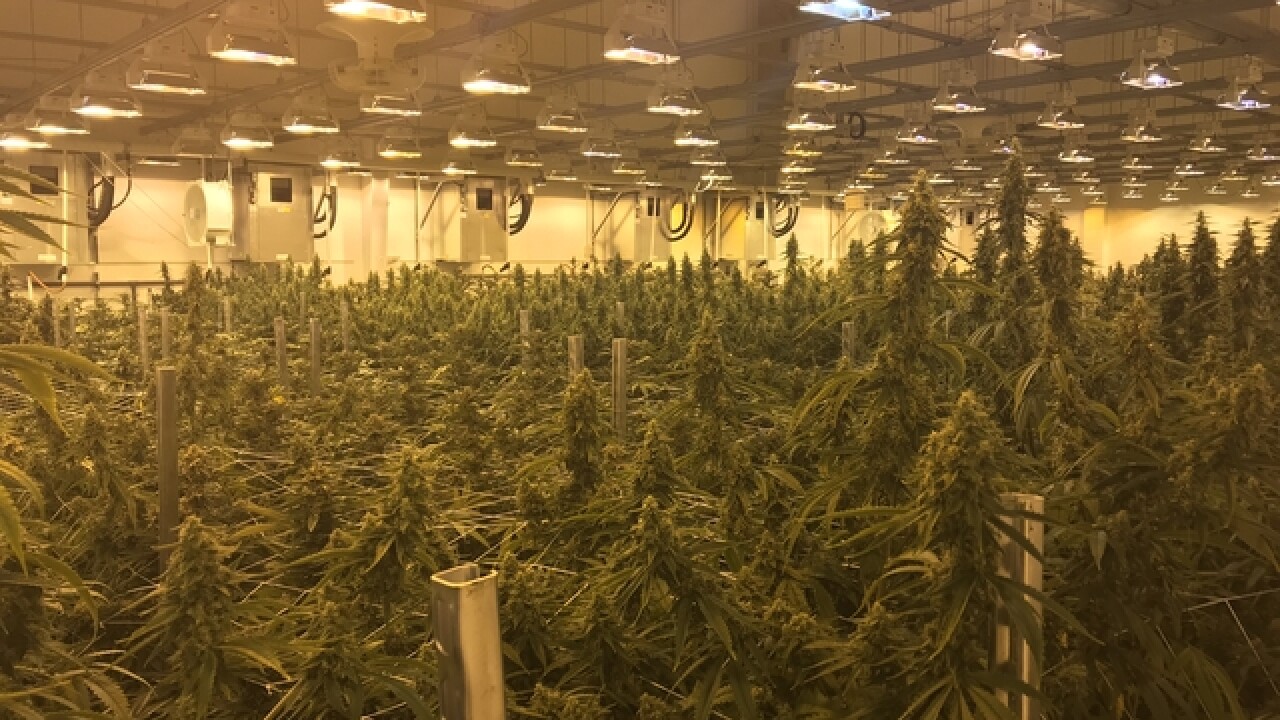 APOLLO BEACH, Fla. — Florida farmers are trading in traditional crops for medical marijuana in the hopes of making more money.

According to one of the state’s most extensive facilities the profits are already coming in and as a plus, boosting the local economy.

AltMed Florida located in Apollo Beach has been growing marijuana plants for the past ten months, already producing about 500 pounds in one week.

Walking up to the nondescript building, it doesn’t seem impressive right away.

Then, the smell hits and a smile comes across your face because the building is green just like what is growing inside the 150,000 square foot facility.

Walking inside, the two CEOs greet you, already knowing you're inside because of a massive surveillance system eyeing every inch of the grounds.

John Tipton and Michael Smullen are nice, cheery and not the type of men you may imagine behind a multimillion-dollar marijuana growth facility.

They're both sophisticated men with a multitude of different types of experiences. John says he has a background in farming, was a CPA and also dealt in land development. Smullen is retired from the pharmaceutical industry — only to jump back into the new ‘green’ movement of medical marijuana.

The two men never planned on partnering in this type of industry.

The idea was dreamed up originally by Smullen many years ago even before medical marijuana was legal in Florida.

“My daughter had her first grand mal seizure while sitting on my lap watching a movie at age two-and-a-half,” Smullen said it was the most terrifying thing he had ever seen and rushed his young daughter to the hospital.

By the time Smullen arrived at the hospital his daughter was limp on one side, at the time he thought she suffered a stroke.

She was diagnosed with a child’s form of epilepsy and was treated to control the seizures.

Smullen, with history in pharmaceuticals, thought pills would be enough.

But he explains, it was much worse than anticipated.

“The side effects, particularly from my daughter, were so severe that it really left her in a place where she was in a fog most of the time.” He said.

Eventually, his daughter did grow out of the disorder, but it gave Smullen motivation to find something that would work for epilepsy.

That’s when he discovered medical marijuana.

“Since then I’ve learned that medical cannabis can help so many other diseases,” Smullen said.

In hopes of the amendment passing in 2014, Smullen had done his research and was ready to launch a medical marijuana business.

Unfortunately that year, the amendment barely failed — sending Smullen and his employees to Arizona where it was legal, and he could open a growth facility.

Smullen said it was an opportunity because now he has more than two years under his belt of experience that he has brought back to Florida.

Smullen couldn’t do it without Tipton’s help.

Facilities couldn’t be licensed if they had not previously applied for a Charlotte’s Web license in years previous.

Smullen hadn’t done that but remembered his long-time friend had, that’s where John Tipton comes in.

Tipton’s background in financials and farming paired well in the partnership, according to Smullen.

“This Is where the plants come after harvest,”  Tipton showed ABC Action News around their facility.

It’s behind the green pole-like building that you notice how much goes into producing medical marijuana.

Inside the 150,000 square feet cultivation facility, there is a laboratory, extraction and packaging area all locked down with many employees working in each room.

The company harvests its crop every ten days.

Close to the facility is also their Apollo Beach dispensary.

“Then it comes over to these roti-evaporators,” Tipton continued to show us on his tour.

In some areas, it was hard to tell what the product would eventually be because of the Willy-Wonka type contraptions placed throughout the labs.

Ph.D. chemists are closely working with the cannabis in certain rooms, while others are packaging the final products in other rooms.

AltMed currently employs about 82 people and has a goal of hiring 300 more within the next two years.

Tipton says they have a lofty goal of expanding to about 15-30 dispensaries across the state as well as expanding their facility in Apollo Beach.

Florida Department of Health reports nearly 130,000 qualified patients that currently have active medical marijuana I.D.s, providing a strong demand for the 14 facilities across the state.

AltMed says in compliance with state law, their products are all oil based but come in multiple different forms like creams, vapor, gels, etc.

And it must be prescribed by a licensed physician.

ABC Action News learned from flower to the finished product only takes about four-and-a-half months time and 30 employees will have some impact on the plant at some point.

According to AltMed, it’s an industry that will continue to grow not only in Florida but eventually across the nation.

“You do this because you really believe we are going to make a difference,” Smullen said.

Their third dispensary and largest retail for medical marijuana in Tampa will open October 5.