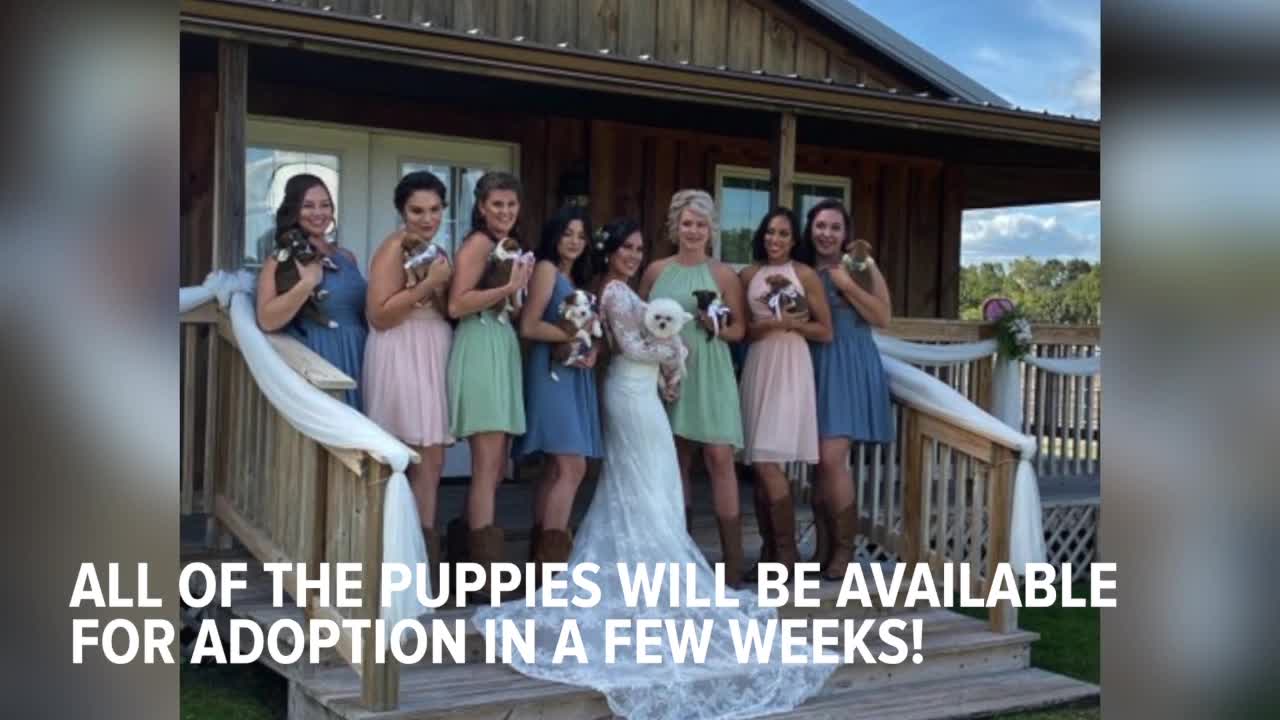 A couple in Sarasota used rescue puppies in place of bouquets at their wedding and it was as cute as you would expect. 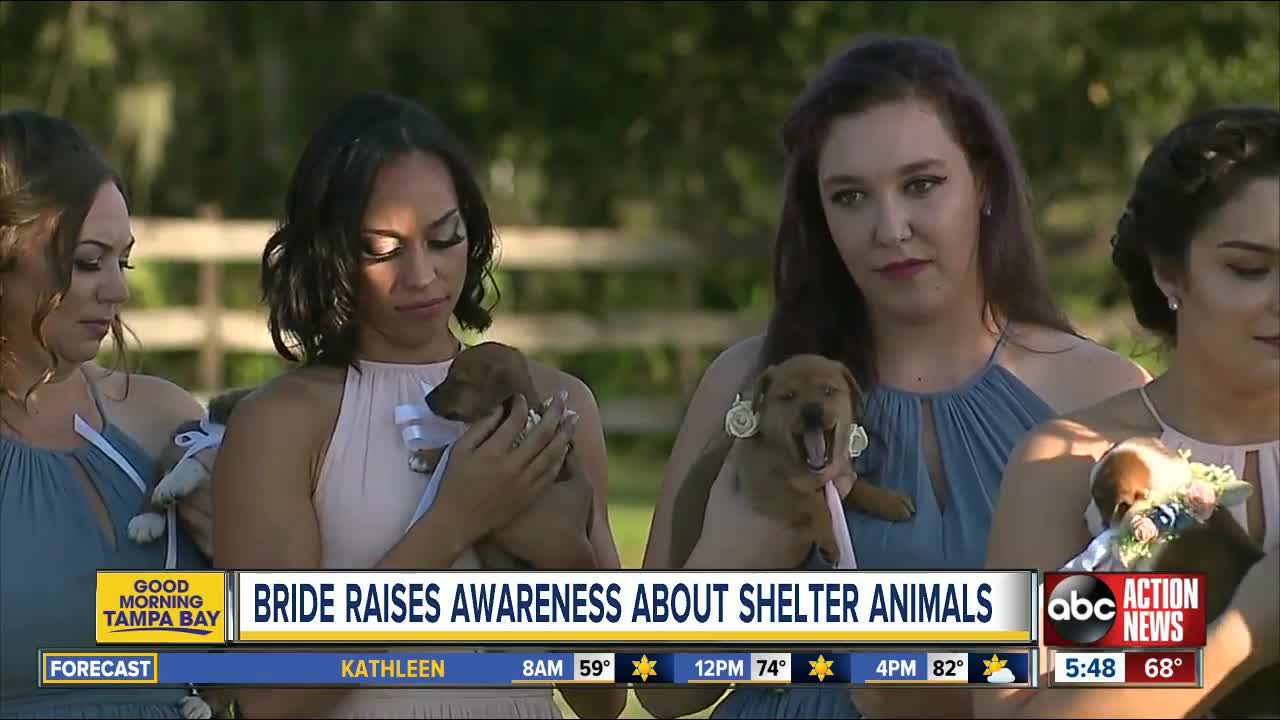 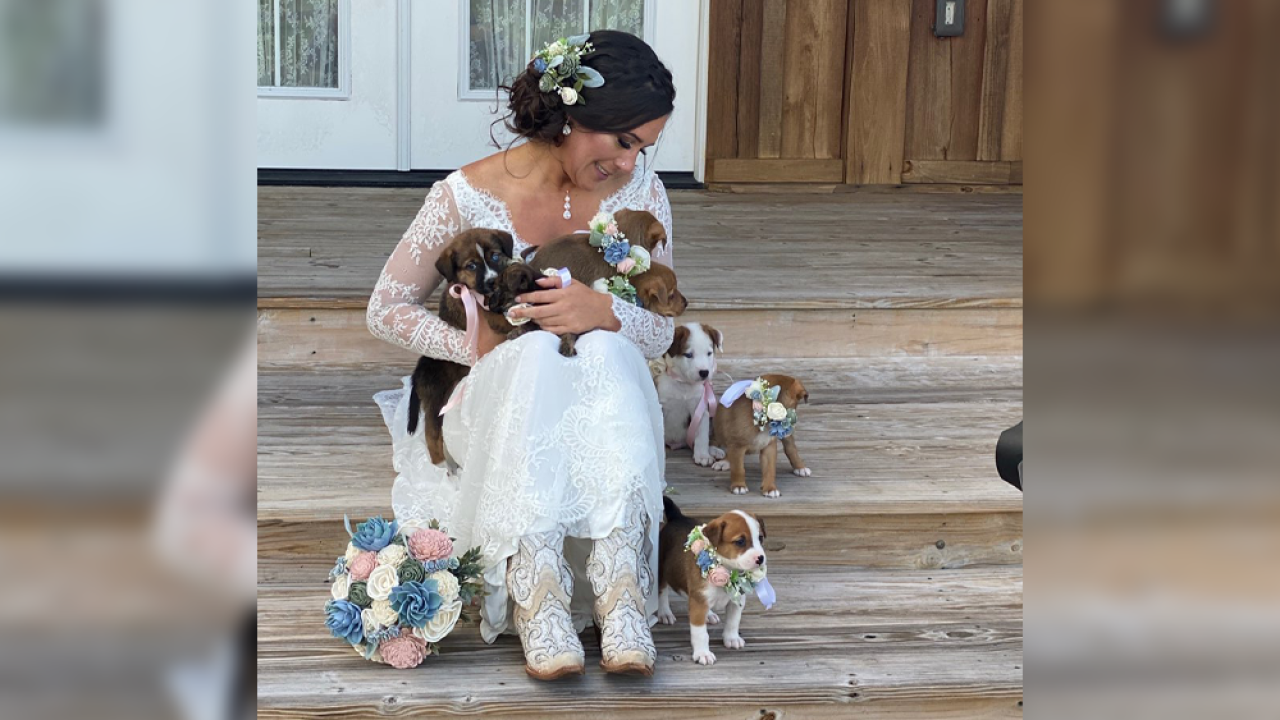 SARASOTA, Fla. — A couple in Sarasota used rescue puppies in place of bouquets at their wedding and it was as cute as you would expect.

Andee Ondina says she wanted to raise awareness for rescue animals and the adopt, don't shop movement. She saw her big day as the perfect pawportunity.

Ondina teamed up with Nate's Honor Animal Rescue in Bradenton to get her “puppquets." Instead of flowers, her bridesmaids held the adoptable, and adorable, little 5-week-old puppies.

"I knew our dream wedding would not be complete if we were not helping to bring awareness to a cause near and dear to our hearts," Ondina said on Facebook.

She and new wife Tina Krasinski had their big day at the Wishing Well Barn in Plant City on Monday.

All the puppies will be available for adoption in a few weeks, and the couple even had applications on-hand at the wedding for guests who were interested.

Head over to Nate's Honor Animal Rescue on Facebook for more on the puppies and other animals in need of forever homes.