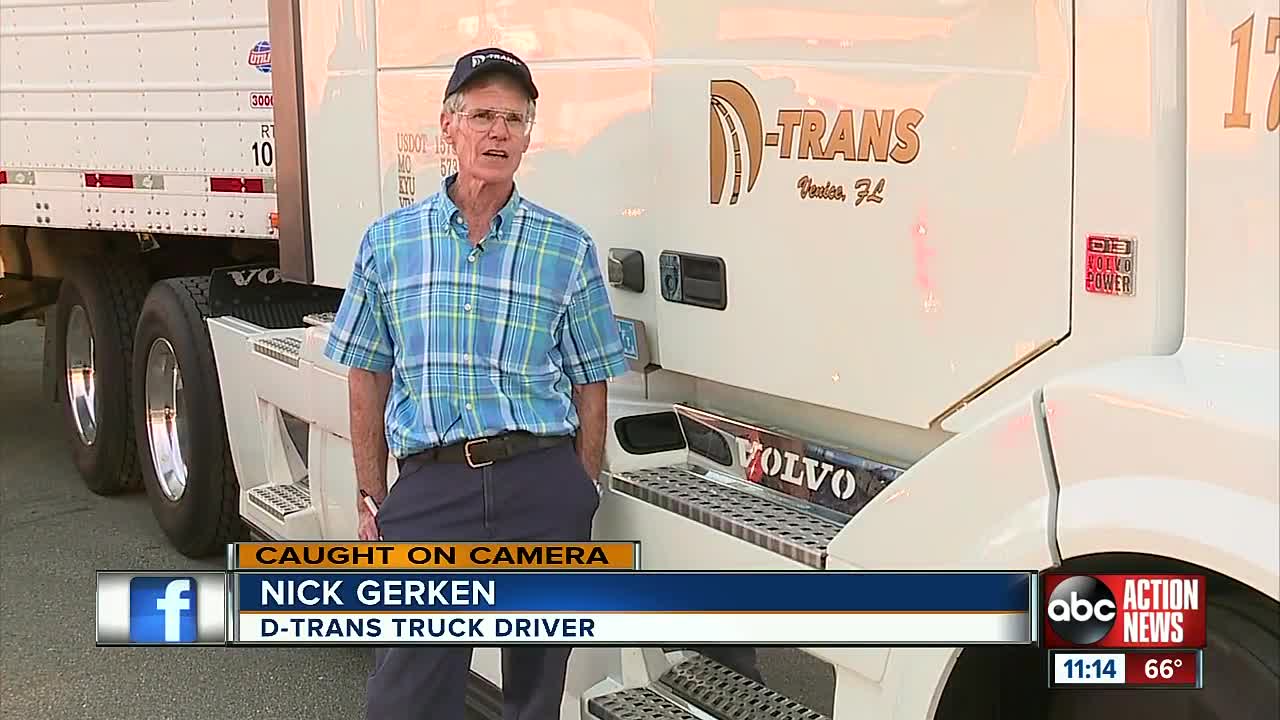 Nick Gerken was traveling on I-75 on Wednesday morning when a turkey flew right into his windshield. The bird cracked the windshield of the semi. He soon realized the turkey was still in the cab. 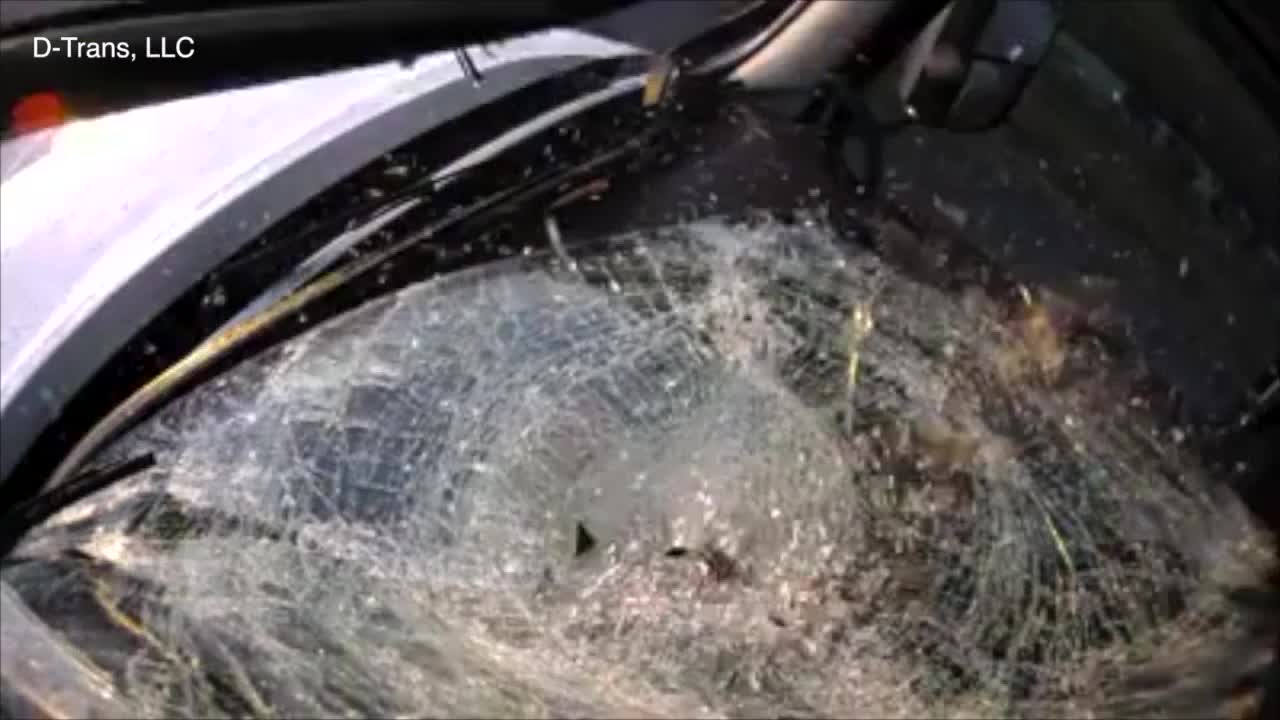 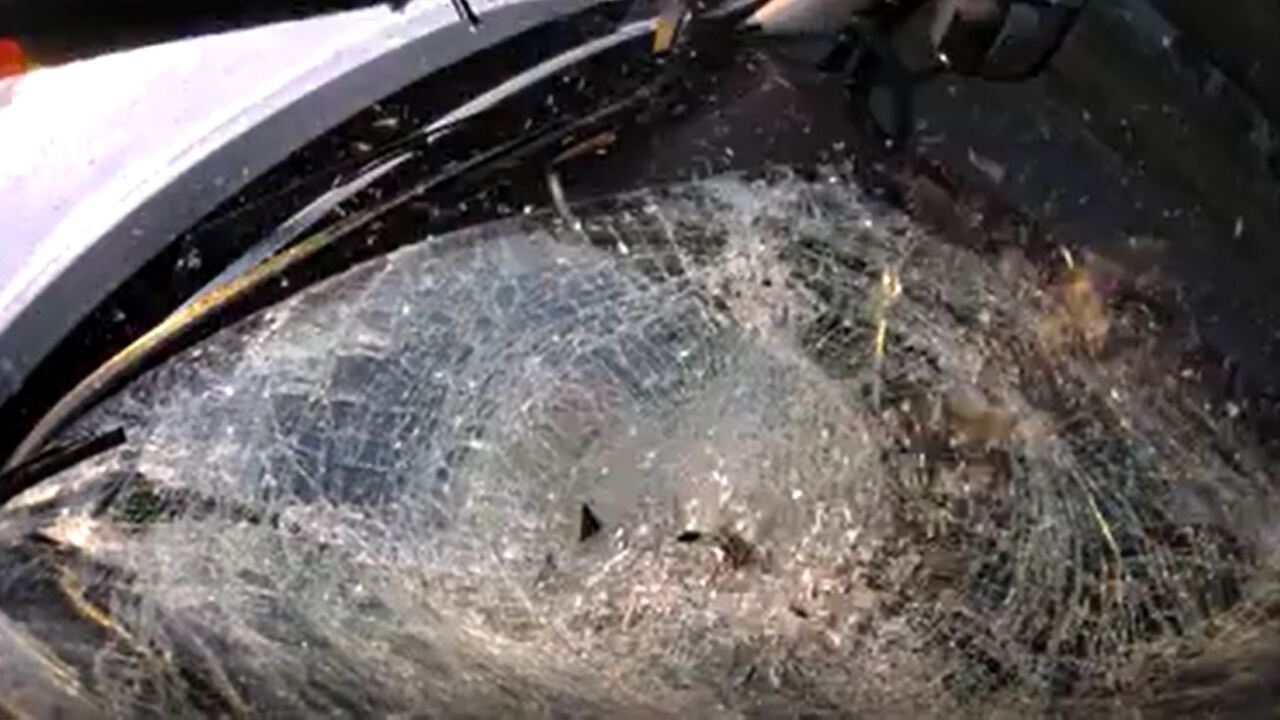 VENICE, Fla. — A turkey hit the windshield of a semi traveling 65 mph on I-75 in Sarasota County on Wednesday morning.

Nick Gerken said he's been a truck driver for nearly 20 years and never had a bird that large hit his windshield.

He works for D-Trans, LLC. in Venice and was headed to Boca Raton to pick up a shipment.

"The turkey is probably 25-30 pounds. I don't know. It just caused my windshield to cave. The windshield stayed intact so to speak," said Nick Gerken with D- Trans, LLC.

Gerken said he noticed the bird and thought it would land on the shoulder of the road. A dash camera on the windshield caught the moment of impact.

"It kind of dipped down and looked like it was heading to land on the grass just off the shoulder, had its legs out and at the last minute it aborted the landing and made a left turn and came right up into my windshield," said Gerken.

Gerken said he did not panic or swerve. He got off at the next exit and headed back to his shop.

"The whole inside of the cab was filled with glass and feathers. It was an absolute disaster," he said.

He soon realized the bird was still in the cab with him and it was alive.

"I looked around and saw the tail feathers and two feet sticking out from under the bunk in the back. There is a nylon netting back there, a cargo netting to keep things from flying around and it had entangled itself into that," said Gerken.

Other employees helped him get the bird out of the cab.

"One of the guys grabbed it, set it out on the ground and it ran away. We feel it's probably going to be alright," said Gerken.