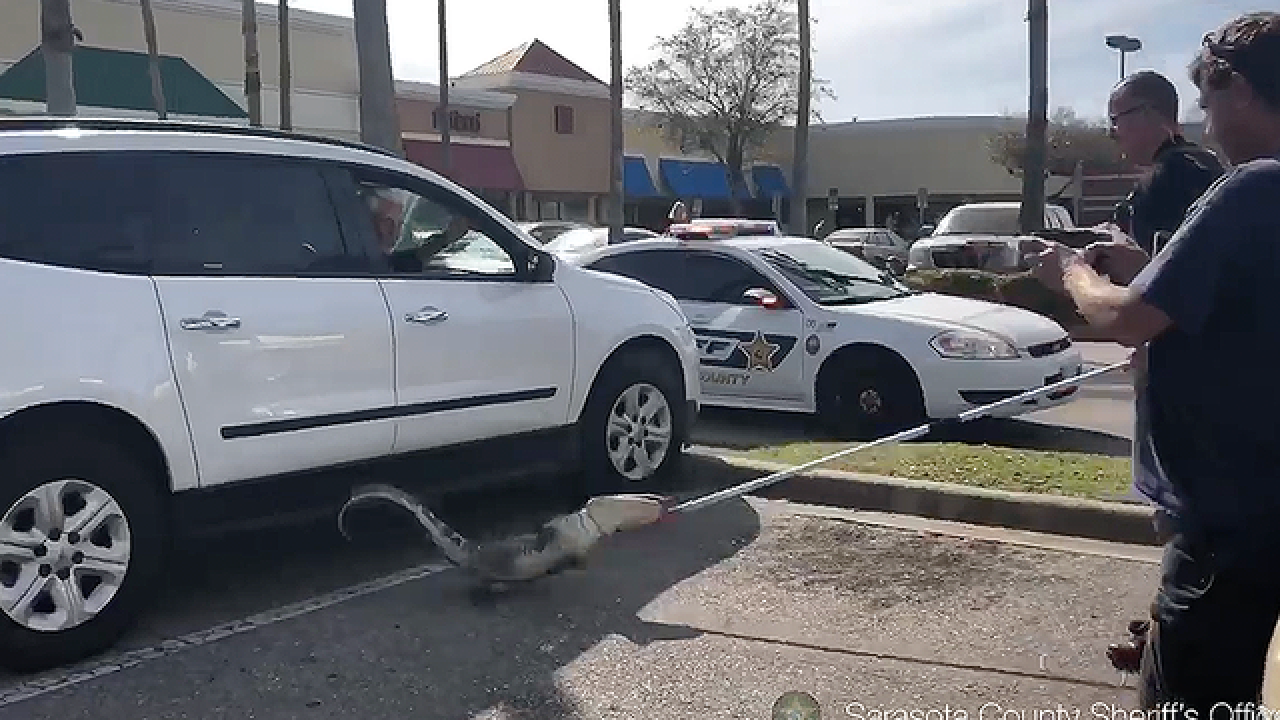 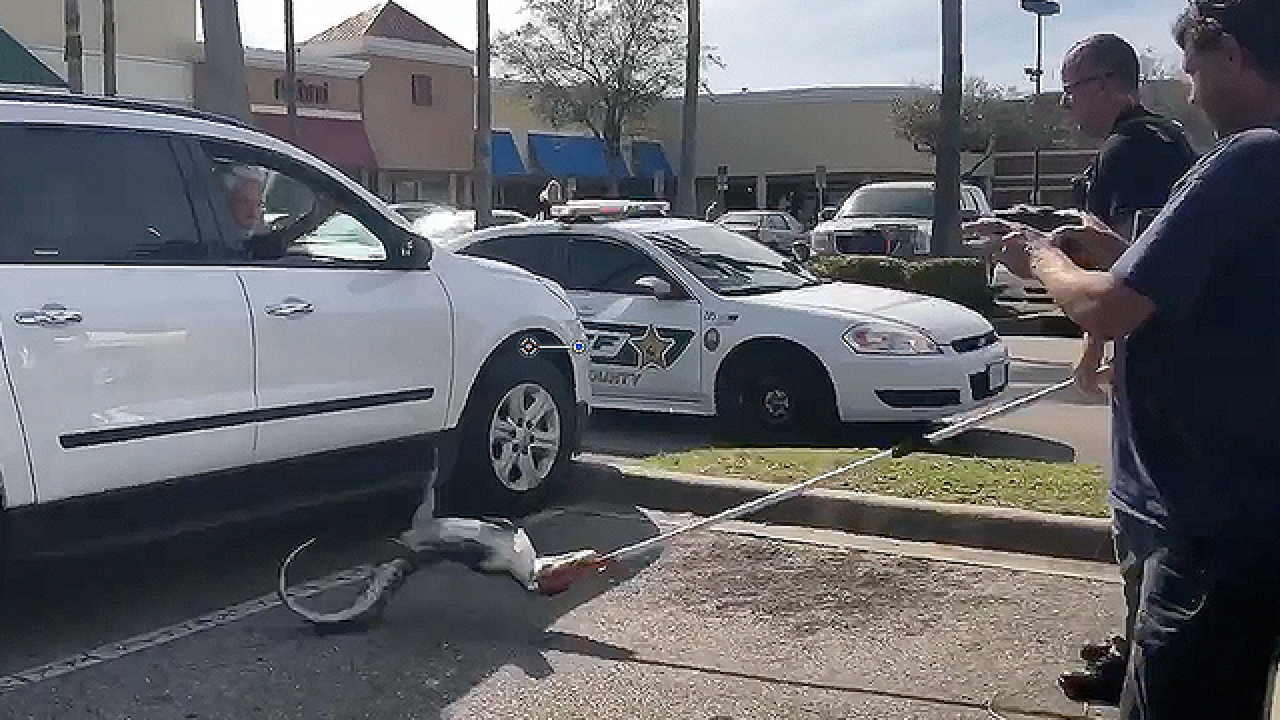 SARASOTA, Fla. — Sarasota County deputies saved the day when they captured a gator from a parking lot in Sarasota.

The sheriff's office shared the video on their Facebook page on Thursday.

According to the post, Sergeant Mark Tuls and Deputy Lincoln Dilling were able to protect Sarasota County residents from a 4-foot gator who found his way to the Winn-Dixie parking lot on Fruitville Road in Sarasota.

The gator appears to have been underneath an SUV as a passenger and driver were sitting in the vehicle.