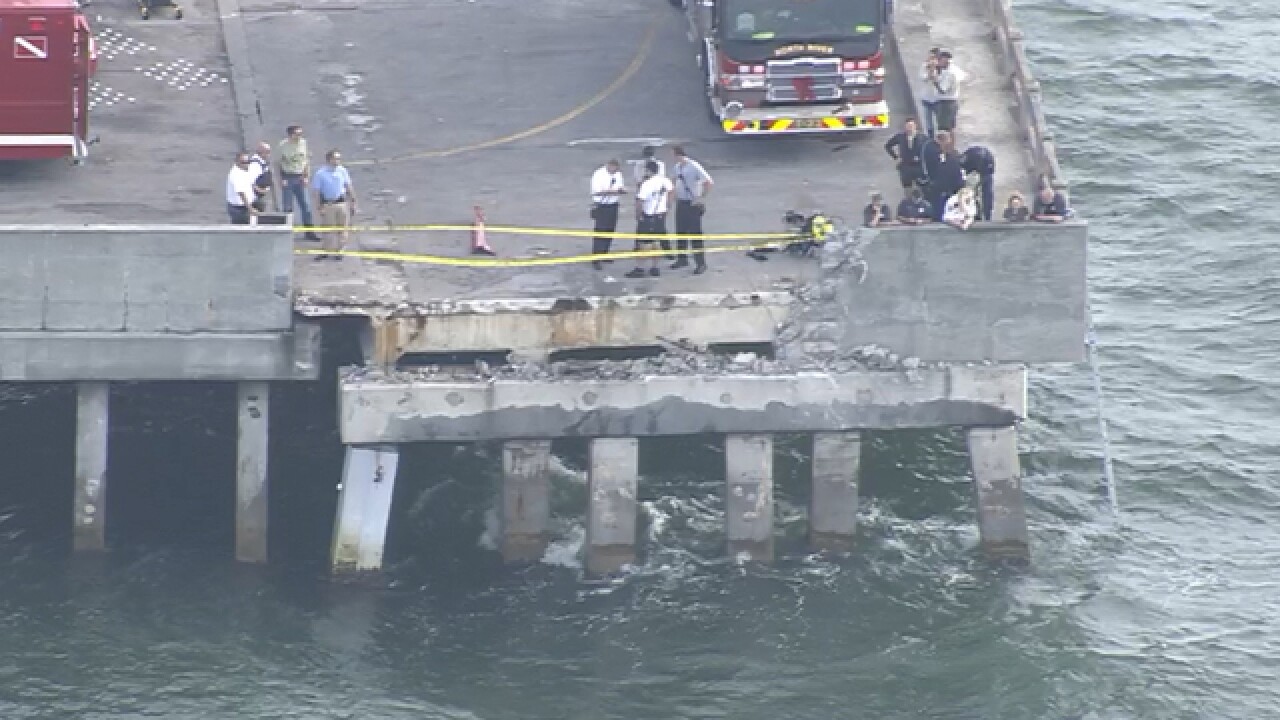 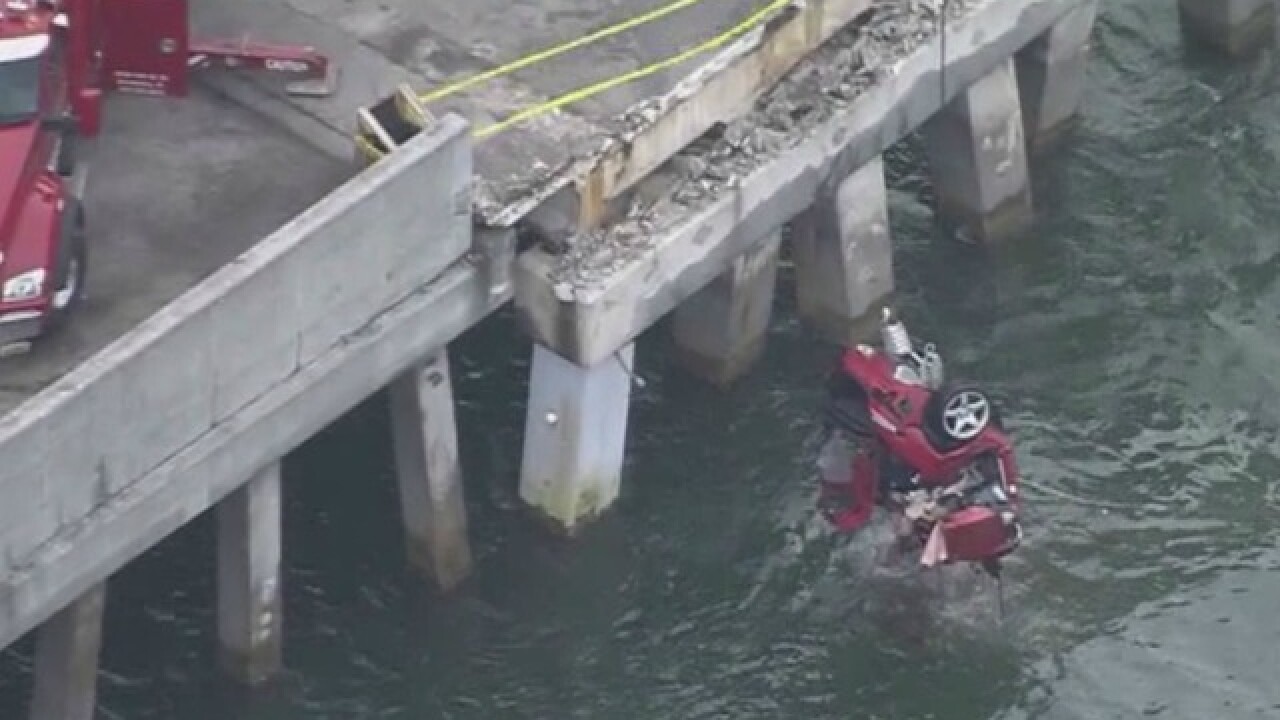 Richard K. McCrocklin, 52, of Eustis drove his car off the south fishing pier of the Sunshine Skyway bridge, according to investigators with the Florida Highway Patrol.

McCrocklin was seen standing by his vehicle before he drove the car into the barrier wall and off the end of the south pier into Tampa Bay.

"I heard the car like going 1,000 miles an hour -what it sounded like to me- and I turned around and he was probably really going at least 100 miles an hour and I just barely had enough time to jump out of the way," Michael Munro said.

Nathan Marsh was awakened by the impact.

"I just heard a loud bang and I looked up and I saw like the wall was missing," Marsh said.

Authorities said a red 2012 Mercedes 2 door car went 25 to 35 feet deep into the bay. Divers spent 2 and a half hours, trying to get to the car and driver and pull them out of the water, but the wind and current made it difficult. The driver of the car did not survive the incident.

Authorities continue investigating the incident and it is still not clear why McCrocklin drove off the pier. A temporary wooden fence has been placed at the end of the pier to cover the area where the car went into the water.

"Like I didn't know really what happened. It happened so fast. I didn't have any time to comprehend it," Munro said.