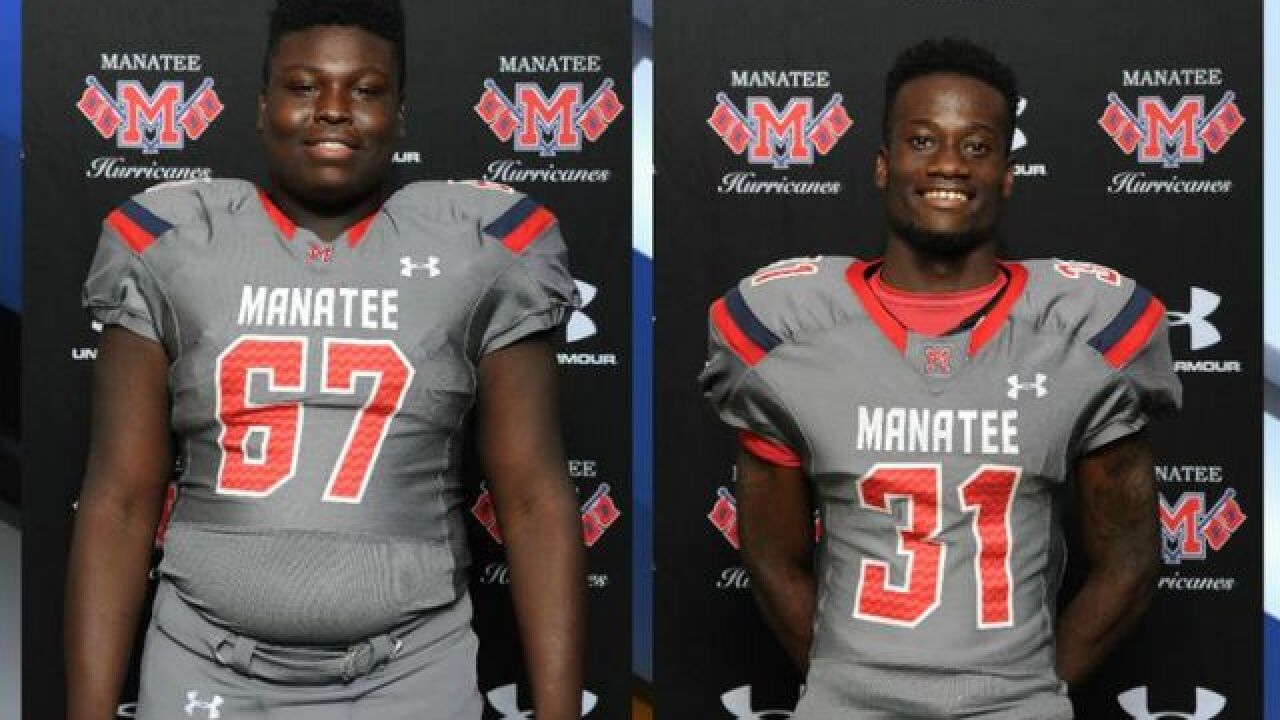 According to detectives, Wesley Simeus, 18, and Gyriel Price, 18, each face two charges of lewd and lascivious battery.

According to police documents, this is not a rape.  The victim agreed to have sex with the 18 year olds, but given the age difference, it is considered a crime.

The teens had sex two times, and even recorded portions, according to police.

When interviewed by police, both Simeus and Price said they thought the girl was 16 years old.

School officials issued the following statement about the case:

The School District of Manatee County has been informed that the Bradenton Police Department arrested two Manatee High School students today on felony charges. The charges are extremely serious and the district and Manatee High will cooperate fully with the Bradenton Police Department until all charges are resolved. Since this matter is an ongoing criminal investigation, we cannot comment on any details related to the investigation. We can say that this was not an incident that occurred on a school campus or during school hours.
Because of student confidentiality, we cannot comment on district disciplinary measures. However, we will follow disciplinary guidelines as detailed in our school district’s Code of Student Conduct, which can be found on the “Parents” page of our district website. In addition, we will take all steps necessary to protect the safety and security of all students