Thousands attend funeral of Florida veteran with no family 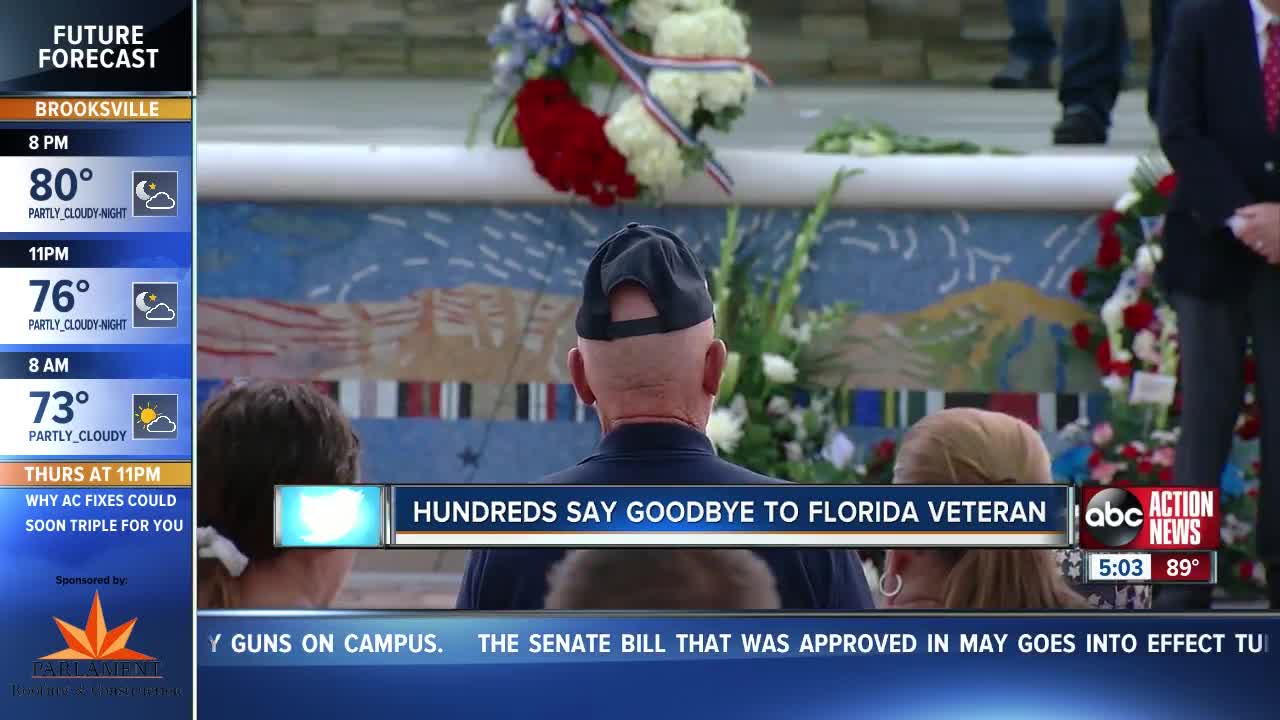 Over 1,000 people gave thanks to a veteran for his service to our country Tuesday afternoon. 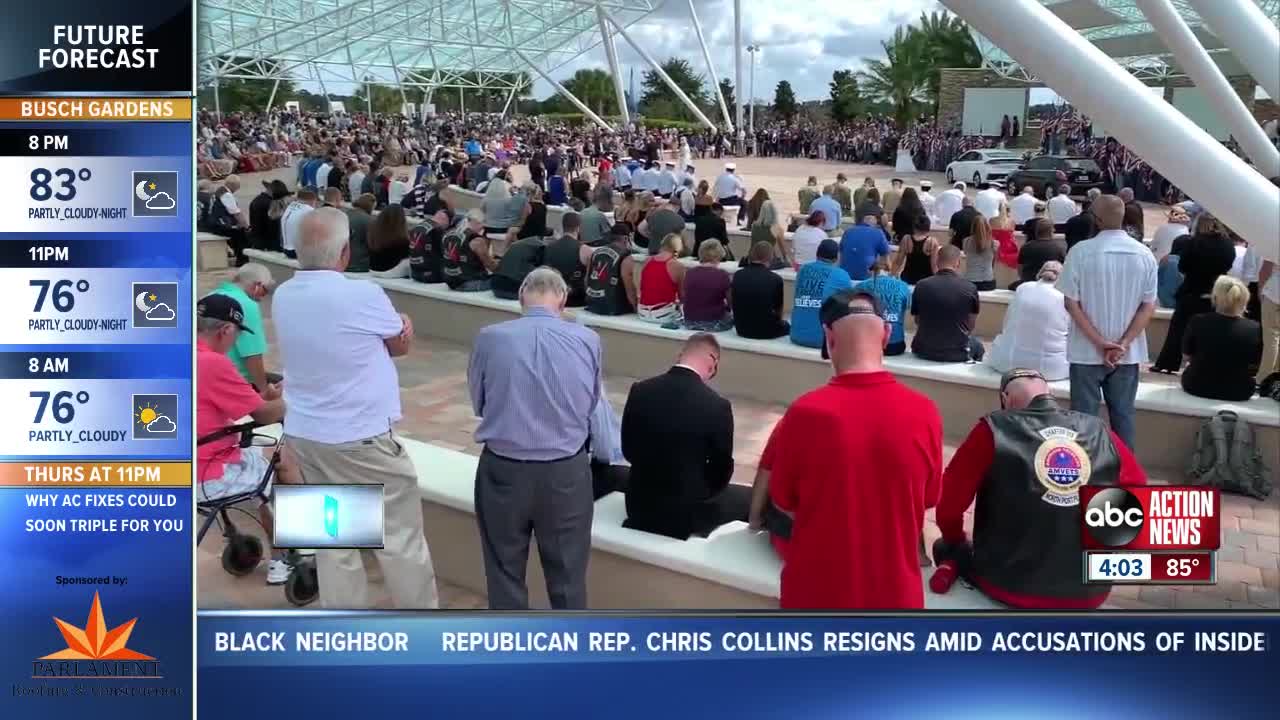 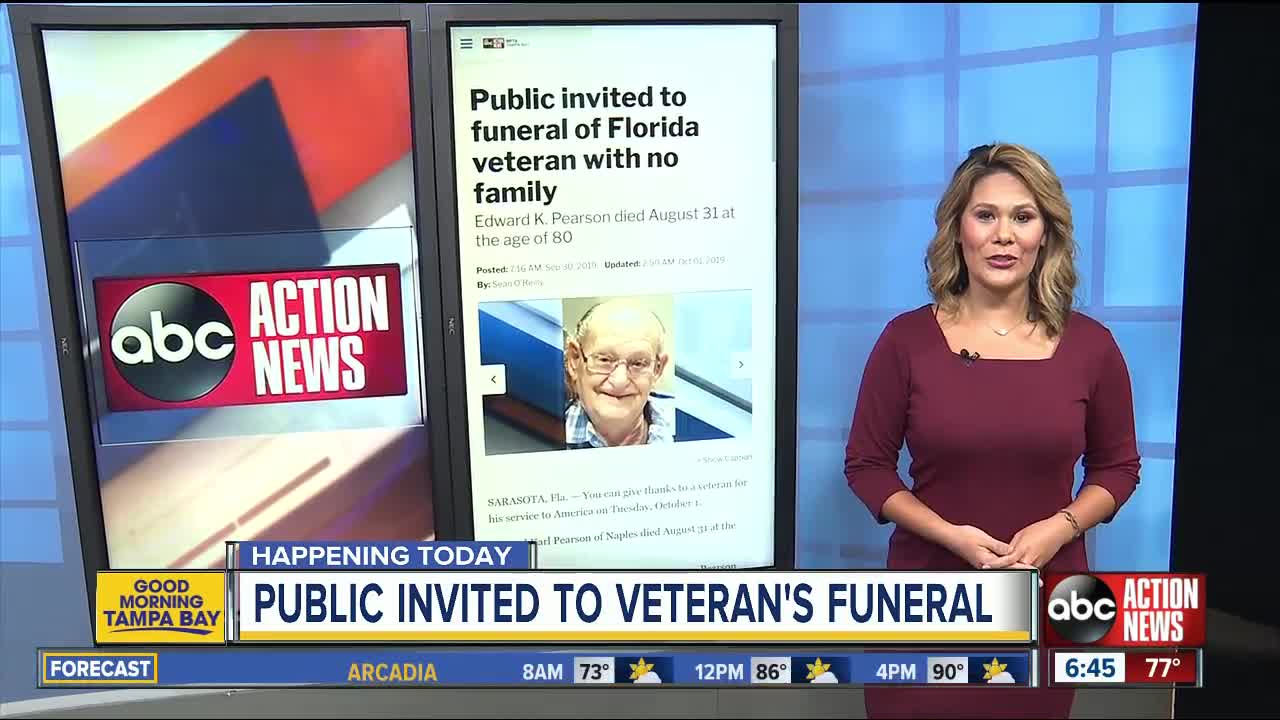 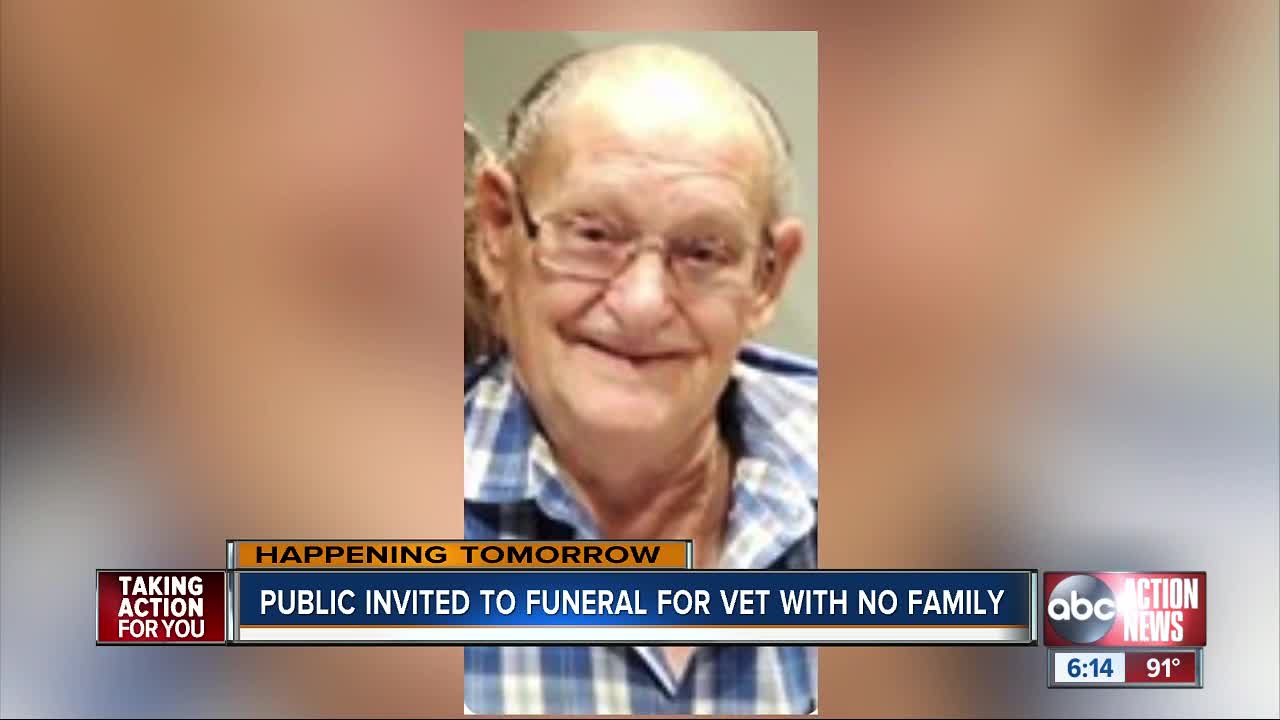 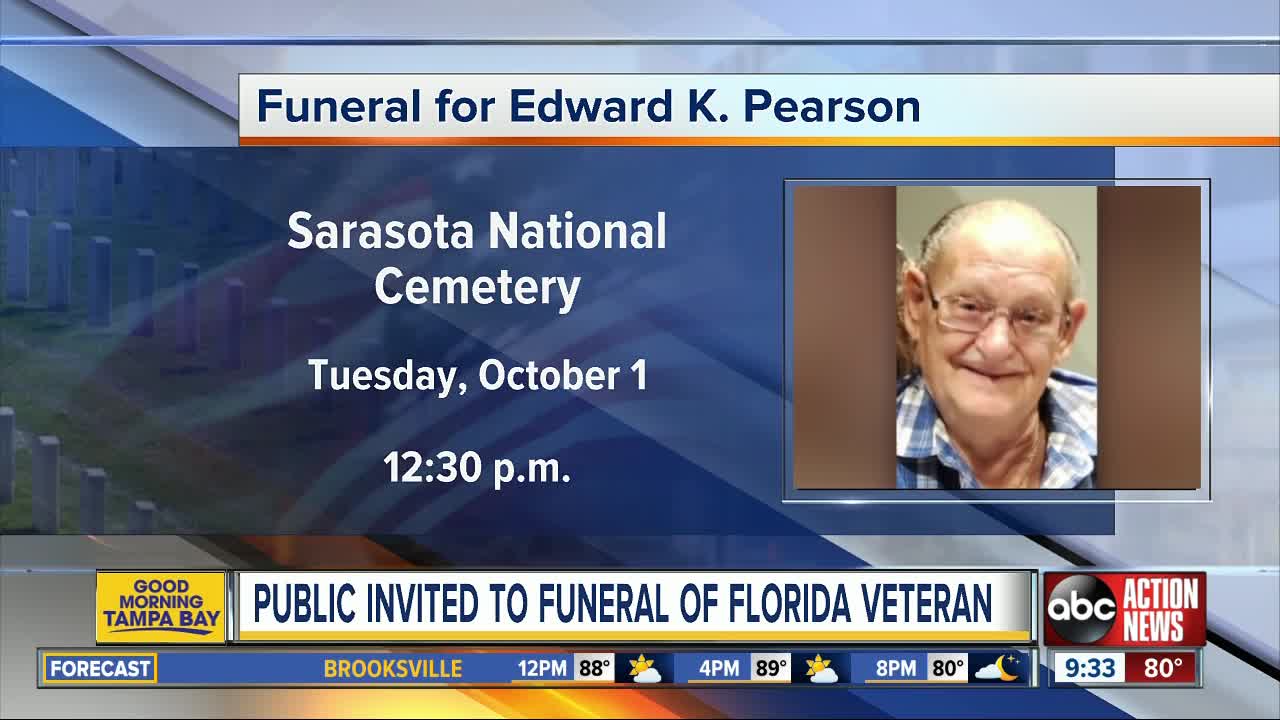 SARASOTA, Fla. — Thousands gave thanks to a veteran for his service to our country Tuesday afternoon.

Edward Karl Pearson of Naples died August 31 at the age of 80.

The funeral home coordinating services says Pearson passed away with no immediate family to attend his funeral. Legacy Options invited the public to attend his internment at Sarasota National Cemetery.

Those who never met Pearson attended the funeral anyways.

"He did not know me when he served his country and I don’t know him when I bury him, but we are one. He’s my family," said Cathy Strammer.

Sarasota National Cemetery assistant director Ed Lyons who is also a veteran says he's glad so many people are reaching out and wanting to honor Mr. Pearson.

"It’s what these veterans deserve, its what this veteran deserves," said Lyons.

Solorzanos Late Night Pizzeria in Sarasota offered a free small cheese pizza to anyone who showed up to the funeral in support of Pearson.

Dozens of people are posting on Pearson's Memory Wall thanking him for his service. You can leave your message by clicking here.